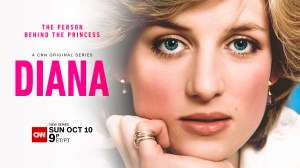 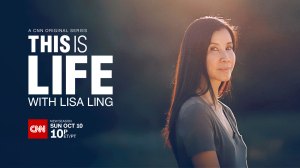 NEW YORK—Sep. 8, 2021 – In a night packed with strength, courage, and female empowerment, CNN Original Series will debut the new six-part series Diana at 9pm ET/PT, followed by the return of the award-winning This is Life with Lisa Ling at 10pm ET/PT.

Diana, produced by October Films, re-examines the life of an icon through the lens of modernity: reframing her story to discover the real woman behind the “People’s Princess”. Drawing on a new generation of voices, including interviews from those close to her, the series is a fresh take that reveals a princess unlike any other. A woman more complex than history has acknowledged and a feminist role model who showed vulnerability and strength, Diana was truly a blueprint for the modern woman.

“This series takes an honest look at a woman who was not afraid to carve her own path and in doing so, set a new standard for women around the globe,” said Amy Entelis, EVP for Talent & Content Development, CNN Worldwide. “Twenty-four years after her death, her story remains a symbol of hope and determination for all those defying the status-quo.”

The series premiere, “The Girl from Norfolk”, explores Diana Spencer’s childhood and how a mutual desire for love and affection brought her and Prince Charles together.

CNN Audio will also explore the life of Princess Diana in a new podcast titled When Diana Met… Hosted by Aminatou Sow, the limited-series podcast premieres October 7 and will take listeners inside Diana’s most notable meetings with public figures, politicians, dignitaries, and celebrities to reveal often-overlooked truths and misunderstandings about her life as Princess of Wales. This show examines those iconic and memorable connections and dives into what they teach us about power, gender, and control.

This is Life with Lisa Ling, produced by Part2 Pictures, is an eight-part investigative docuseries that follows award-winning journalist Lisa Ling as she travels across America exploring communities that are often unknown or misunderstood. As the country tries to reckon with the events of this tumultuous year, there are two questions on everyone’s mind: “How did we get here?” and “how do we go forward?” To help make sense of it all, Ling takes a deep dive into our collective past to uncover hard truths and find some answers.

“History is so often told through the eyes of the victors,” said Ling. “It can be dehumanizing to people whose stories are overlooked and leaves out surprising and inspiring events that add dimension to our country’s past and give us road maps for the future.  On this season of This Is Life, we explore consequential moments in American history that didn’t make it into the books. Our hope is that we will become better informed about the contributions of all of our fellow Americans.”

In the extended season eight premiere, “The Legacy of Vincent Chin”, Ling will bring to light the deeply personal story of the death of a Chinese American in the Motor City in the 1980’s, and witness communities trying to heal during a new wave of Anti-Asian hate crimes with centuries old history. In subsequent episodes, she’ll trace the roots of street violence in Chicago to the stoning of an African American boy in 1919, investigate the murders of wealthy Native Americans during the 1920’s and explore the decades long history of sexual assault in the military. She’ll also uncover a Cold War campaign to purge LGBTQ+ individuals from the government, learn how a program to regulate prostitution during the Civil War links to the current debate about sex work, explore the deep roots of conspiracy thinking/misinformation in America, and reveal how America’s armed so-called militia movement is leading to these groups becoming a homeland security threat.

The eighth season of This Is Life with Lisa Ling was produced in its entirety during the pandemic (with strict Covid protocols in place). Executive producers are Lisa Ling, Amy Bucher, and David Shadrack Smith for Part2 Pictures, and Amy Entelis and Lyle Gamm for CNN Original Series. The series will regularly air Sundays at 10pm ET/PT.

Diana and This is Life will stream live for subscribers the day of their premieres via CNNgo (at CNNgo.com/go and via CNNgo apps for Apple TV, Roku, Amazon Fire, Chromecast, Samsung Smart TV and Android TV) and on the CNN mobile apps for iOS and Android. Ahead of the broadcast premiere, the “Di-Mania” episode of Diana will be available on demand to subscribers via cable/satellite systems, CNNgo platforms and CNN mobile apps. Episodes of both series will be available the day after their broadcast premiere on demand via cable/satellite systems, CNNgo and CNN mobile apps.