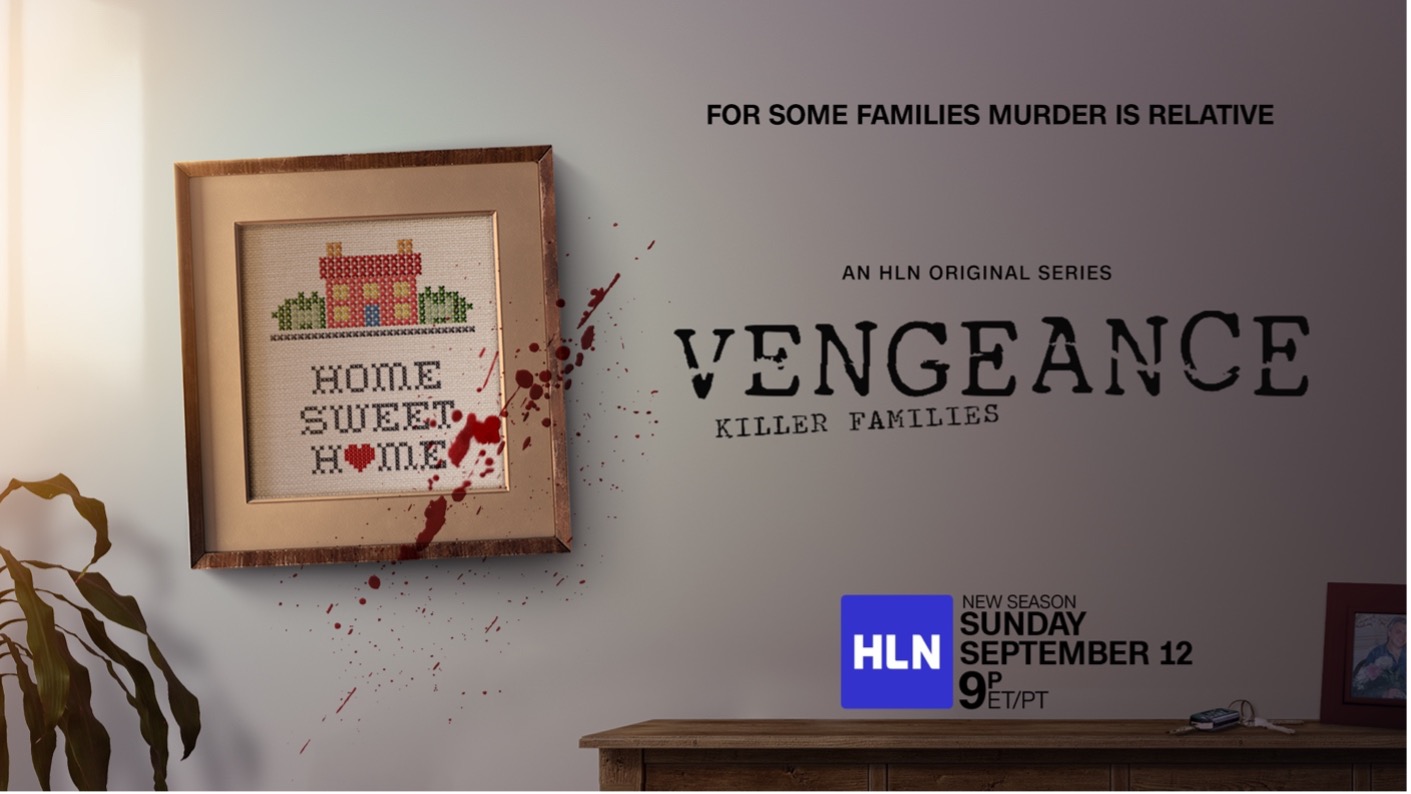 August 25, 2021 The fifth installment of the HLN Original Series VENGEANCE returns with a 10-episode run of VENGEANCE: Killer Families, premiering on Sunday, September 12 at 9pm ET/PT.

This edition of the VENGEANCE series explores the shocking revelations of parents, children, in-laws, and other close relatives who murder members of their own family. Driven by greed, jealousy, abuse, or even sibling rivalry, these perpetrators are often the least suspected of committing these heinous crimes.

Each one-hour episode of the VENGEANCE series presents a dark mystery and then takes viewers through the twists and turns of the investigation, ultimately leading to justice. VENGEANCE: Killer Lovers which premiered in March 2019 was the first series under HLN’s VENGEANCE franchise. VENGEANCE: Killer Families is produced for HLN by Sky Vision.

Following are log lines and airdates for VENGEANCE: Killer Families (all times ET/PT) *Please note: On November 7, an additional episode “Gang Ties & Family Lies” airing at 10pm will be the season finale.

Sept. 12, 2021 (season premiere) @9pm “Barrel of Bones” When an odor leads police to a mummified corpse in a Las Vegas storage unit, investigators are led down a road of deceit, betrayal, and witchcraft.

Sept. 19, 2021 @9pm “Suspicious Baggage” When a torso is discovered floating in London’s Regent’s Canal, the family of a missing former actress fears the worst.

Sept. 26, 2021 @9pm “A Will to Kill” An Arkansas community is shocked when prominent business owner, Janie Ballard, is found stabbed more than 70 times in her home.

Oct. 3, 2021 @9pm “Evil In-Laws” When a single mother is gunned down in a parking lot, her possessive mother-in-law’s behavior comes under scrutiny.

Oct. 17, 2021 @9pm “Little White Lies” A deadly home-invasion leaves two survivors, but one of them is leading a double-life.

Oct 24, 2021 @9pm “The Bad Son” A path of flies helps investigators discover who brutally murdered a retired couple in their Liverpool home.

Nov. 7, 2021 @9pm “Deadly Inheritance” When two church-going grandparents are gunned-down in their bed in rural Colorado, two siblings point the finger at each other, but surveillance video will reveal the truth.

*Nov.7, 2021 @10pm “Gang Ties & Family Lies” Christmas is ruined for one Tucson family when a father is stabbed, and his daughter goes missing.

Each episode of VENGEANCE: Killer Families will be available on demand the day after their broadcast premiere via cable/satellite systems.