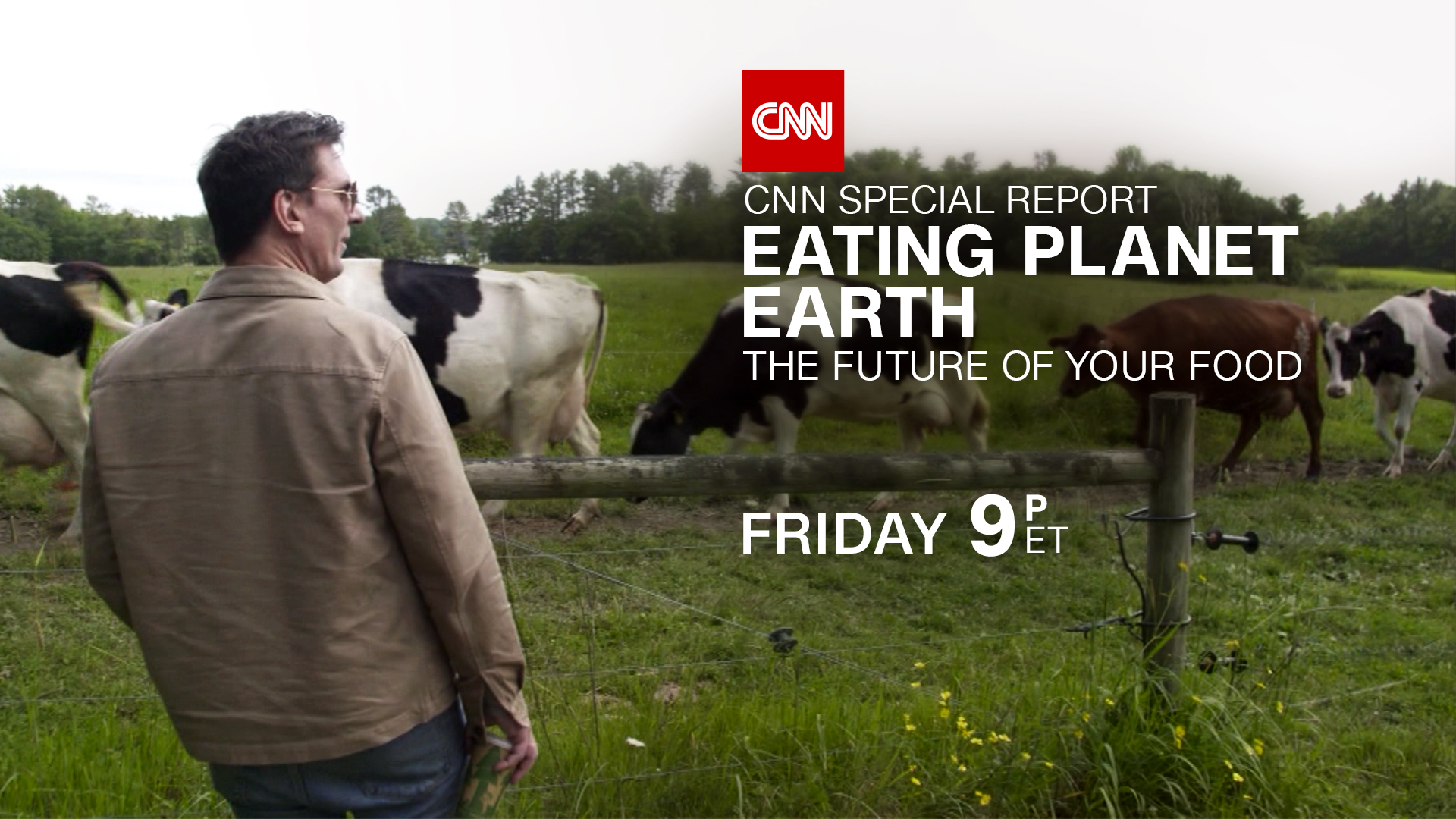 Everything we consume in our diet comes with a cost not often reflected in the price we pay at the grocery store. And according to science, the food that costs more land, water and pollution than any other comes from the humble cow.

If cows were a country, they would rank as the third largest polluter of greenhouse gases, the planet-heating kind of pollution. As a result, some of the smartest and wealthiest people in the world are trying to disrupt the business of Big Meat. Vegan and flexitarian diets are gaining in popularity as celebrities swear off consuming red meat in growing numbers and evangelize the benefits for health and wellness. Could the dinner of the future include lab-grown Porterhouse steaks or Earth-friendly surf and turf?

In the CNN Special Report Eating Planet Earth: The Future of Your Food, CNN Anchor and Chief Climate Correspondent Bill Weir (@BillWeirCNN) examines the cutting-edge science and market forces changing our diets. From California to the Gulf of Maine to Yellowstone National Park, join Weir as he meets with innovative cattle ranchers and kelp farmers, scientists and lobstermen and a best-selling author who suggests that eliminating meat from breakfast and lunch could be a massive first step to healing our bodies and our planet.

Eating Planet Earth: The Future of Your Food will stream live for subscribers via CNNgo (www.CNN.com/go and via CNNgo apps for AppleTV, Roku, Amazon Fire, Chromecast, Samsung, Smart TV, and Android TV and on the CNN mobile apps for iOS and Android. The special will be available beginning July 24, on demand via cable/satellite systems, CNN go platforms, and CNN mobile apps.