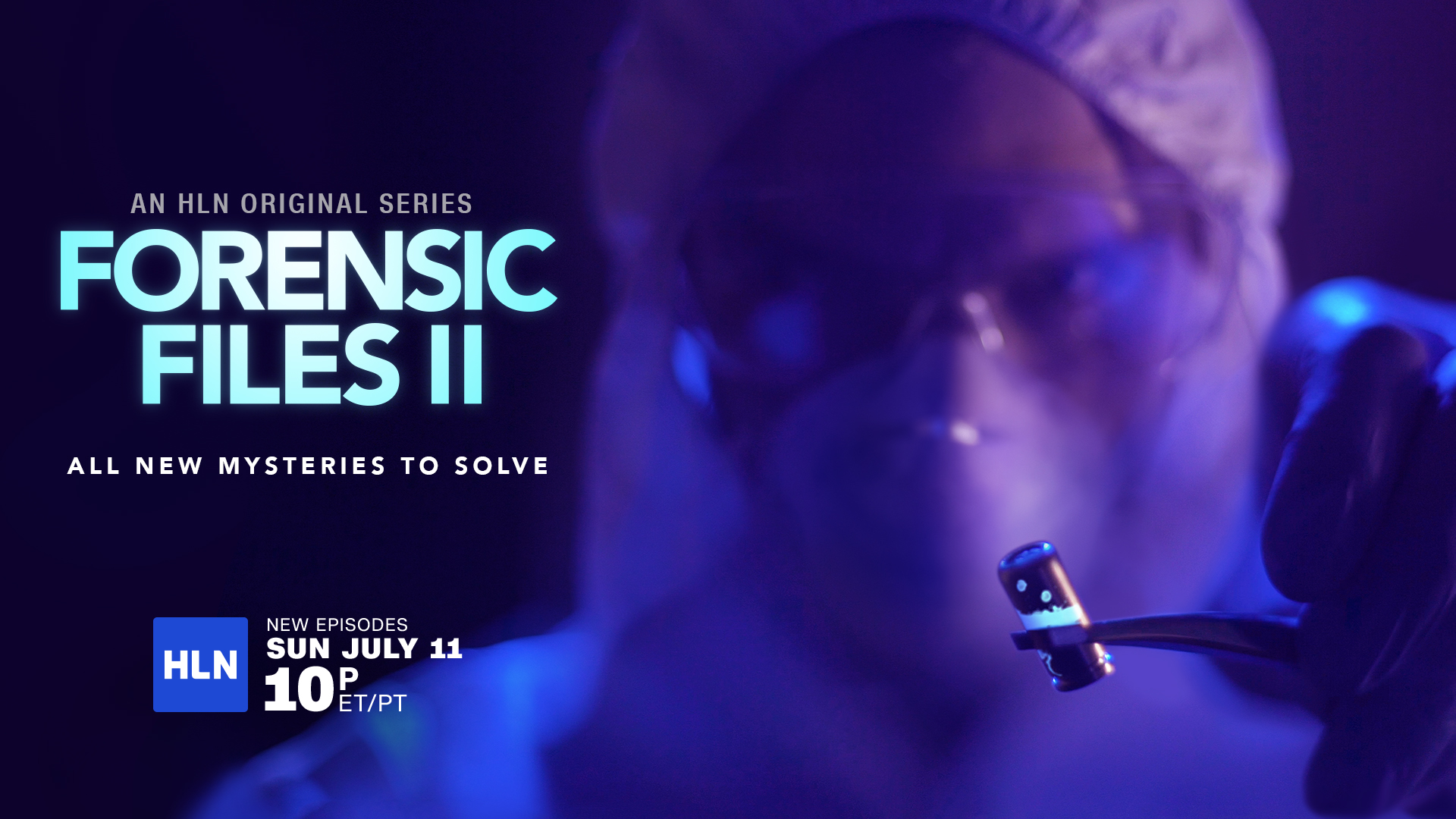 The highest-rated HLN Original Series in the network’s history, Forensic Files II in its first season, reached additional benchmarks including:

The original Forensic Files series, which halted production in 2011, returned on February 23, 2020, with new episodes true to the original format, content, and continuity, but featuring advancements in investigative technology and production. Additionally, the series is now narrated by acclaimed film, stage and television actor Bill Camp (Queen’s Gambit, News of the World, Joker, The Night Of).

Following are the loglines for Forensic Files II, all times are ET/PT (some airdates are TBA):

“The Obsession” (Lisa Ziegert) airdate Sunday, July 11, 10pm The mysterious murder of young teacher’s aide leaves a hole in the heart of her small community in Agawam, Massachusetts. As the rumor-mill about suspects churned, the actual perp slipped further away. But generations of investigators and a scientific breakthrough leads to a shocking end to a tragic case.

“The Ink Beads”(William Sparkman) – airdate Sunday, July 11, 10:30pm: 51-year-old father, and teacher, Bill Sparkman is found hanging naked from a tree with the letters “FED” scrawled on his chest.  With barely any evidence to work with, investigators turn to these letters for answers… which leads to a surprising conclusion that no one saw coming.

“The Rise” (Lori Leonard) airdate Sunday, July 18, 10pm A single mom looking for love vanishes without a trace. Foul play is tragically confirmed when a large pickup truck toolbox opens to her body stuffed inside. Homicide detectives investigate men she matched on dating sites, another man she met at work, and finally, a lover with a secret and violent past. Can forensic evidence connect the dots and lead to justice under the law?

“Ten of Hearts” (Jody Loomis) airdate Sunday, July 18, 10:30pm: A 20-year-old woman sets out on her bike and never returns. Her body found just a few miles from her house in Snohomish County, Washington, with a gunshot wound to the head. Who would do such a thing? Years go by without any hard evidence or leads, until a new generation of investigators and modern technology breaks the case and finally puts a face to the killer.

“Heavy Metal” (Lee Hartley) airdate Sunday, July 25, 10pm: In 1982, 37-year-old, Navy lieutenant Lee Hartley is murdered while deployed out to sea. Cause of death? Arsenic poisoning. Investigators discover lee had more than his fair share of enemies aboard the ship. But it takes years before investigators discover what really happened to Lee and who, ultimately, was behind this brutal murder.

“Knots” (Lecia Schollmeyer) airdate Sunday, July 25, 10:30pm: A building manager finds the violated and lifeless body of a young woman in the bathtub of her first apartment. When questioned, an ex-con living downstairs lies to police. But the lies alone do not prove murder and the case goes cold. Then a new forensic tool examines the old evidence. Will science point to a hidden suspect and crack the case?

“Family Ties” (Traci Hammerberg) airdate Sunday, (airdate/time TBA):  : On a brutally cold winter night in 1984, a young woman is found viciously murdered on the side of a rural Wisconsin driveway.  The victim, Traci Hammerberg, had been out with friends for a night of drinking and partying. What happened? Detectives initially have plenty of suspects, but the investigation would remain unsolved. Until nearly three decades later, when forensics from an unrelated crime helps breaks the case.

“The Reunion” (Landy Martinez) airdate Sunday, (airdate/time TBA):  A murder victim’s final moments are caught on tape. The crime scene looks like a clear robbery-murder. Text evidence at first points to a jilted lover, but will his alibi check out? Now police identify a second suspect with a possible motive of deadly revenge. Forensic technology and DNA evidence combine in an attempt to make the case.

“The Orange Shorts” (Monica Schmeyer) airdate Sunday, (airdate/time TBA): A mortally wounded woman crawls to call 911. Her husband who wants a divorce she will not give him, gets a hard look from police. But he says he has an airtight alibi for the exact time of the murder. The intricate forensic science of ballistics is brought to bear to and draws s a direct connection to an unexpected conclusion.

“Personal Penmanship” (Gail Fulton) airdate Sunday, (airdate/time TBA): A deeply religious librarian, wife and mother named Gail Fulton is shot execution style in the quiet suburbs of Michigan. Surveillance video reveals it was trio of killers that took her down. Is there more to Fulton’s background? Eventually, detectives get a break: a handwritten note. But will it provide enough clues to catch the mastermind behind this horrific killing?

“Full Circle” (Yolanda Sapp, Nickie Lowe, Kathy Brisbois) airdate Sunday, (airdate/time TBA): In 1990, three sex workers are brutally murdered and left along the banks of the Spokane river. A serial killer was on the loose—and detectives had few clues.  Animal hairs, fibers and a fingerprint were found, but for years the perp was never identified. More than 20 years later there’s a break in the case- and an arrest is finally made, but no one could have ever imagined who was behind this sinister crime.

“Incendiary” (Ebb “Doc” Whitley) Sunday, (airdate/time TBA): An early morning house fire kills the only doctor in the small town of Iaeger, West Virginia. Who -or what – could have led to this? An arson investigation quickly leads to the arrest of Jason lively, the son of the doctor’s long-time nurse. But when Jason’s alleged accomplice walks free, the prosecutor is worried this might have been a miscarriage of justice.

[title TBA] (Susan Woods) Sunday, (airdate/time TBA): He is a criminally charged sex offender and a murderer who attacks in a terrifying rage. This predator manages to evade capture for years, but he leaves a critical piece of evidence behind – his palm print. Detectives are determined to do whatever it takes to put a name and a face to the print.

[title TBA] (Charles Nieman) airdate Sunday, (airdate/time TBA): A hearing impaired 77-year-old on a road trip is attacked by a thief and shot to death Why? Because the man cannot hear his assailant’s demands. Random murders are Among the hardest crimes to solve, but investigators are determined to bring this killer or killers to justice. Can advances in ballistics testing crack the case?