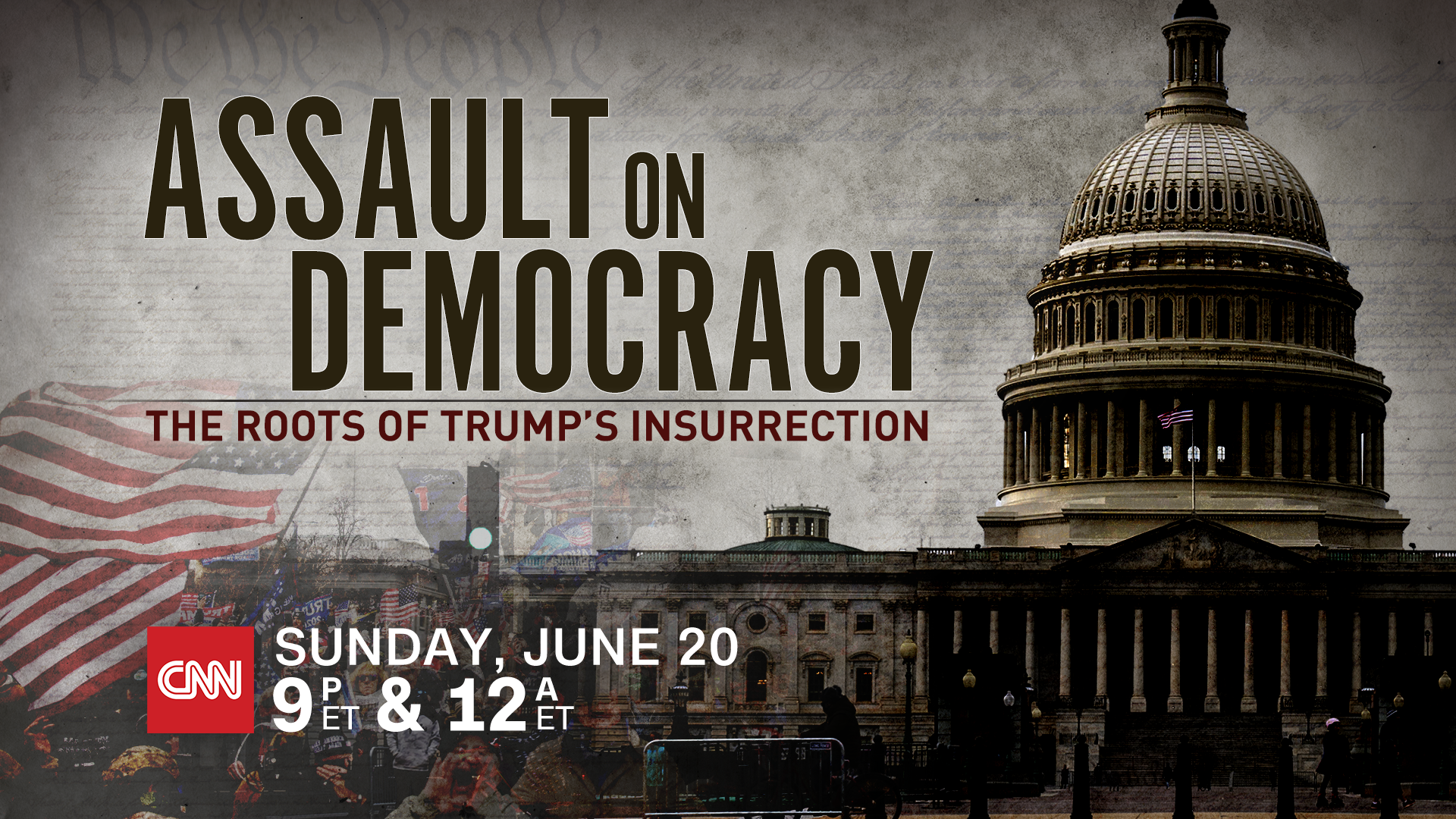 January 6th was a day that rocked America, shaking the foundations of our political system, casting doubt on our ability to move forward and threatening our own elections. Was it an aberration or are we facing new and bigger problems in its aftermath? In a compelling two-hour special, CNN’s Drew Griffin examines the events of January 6th, 2020, when Americans from all around the country, descended on, and broke into, the U.S. Capitol building, assaulted police, and sent the vice president and members of Congress into hiding. And although the attempted coup was over in a few hours, there are still millions of Americans who believe in the propaganda messaging, that those who stormed the Capitol were right, as they hope to put Donald Trump back in office to fight their perceived enemies.

In Assault on Democracy: The Roots of Trump’s Insurrection, Drew Griffin talks with those who stormed the Capitol, relatives of those who were arrested, and died, congressional staffers, police officers, and others, many of them speaking for the first time.  How did this happen? How did millions of Americans come to believe a network of lies so deep, that thousands of those believers would turn into a mob trying to overturn a presidential election, threatening American democracy? Griffin takes a look back to see how the events unfold and reveals the insurrectionists’ motivations and beliefs in this eye opening special.

Assault on Democracy: The Roots of Trump’s Insurrection, will stream live for subscribers via CNNgo (www.CNN.com/go and via CNNgo apps for AppleTV, Roku, Amazon Fire, Chromecast, Samsung Smart TV, and Android TV) and on the CNN mobile apps for iOS and Android. The special will be available beginning June 21, on demand via cable/satellite systems, CNNgo platforms, and CNN mobile apps.