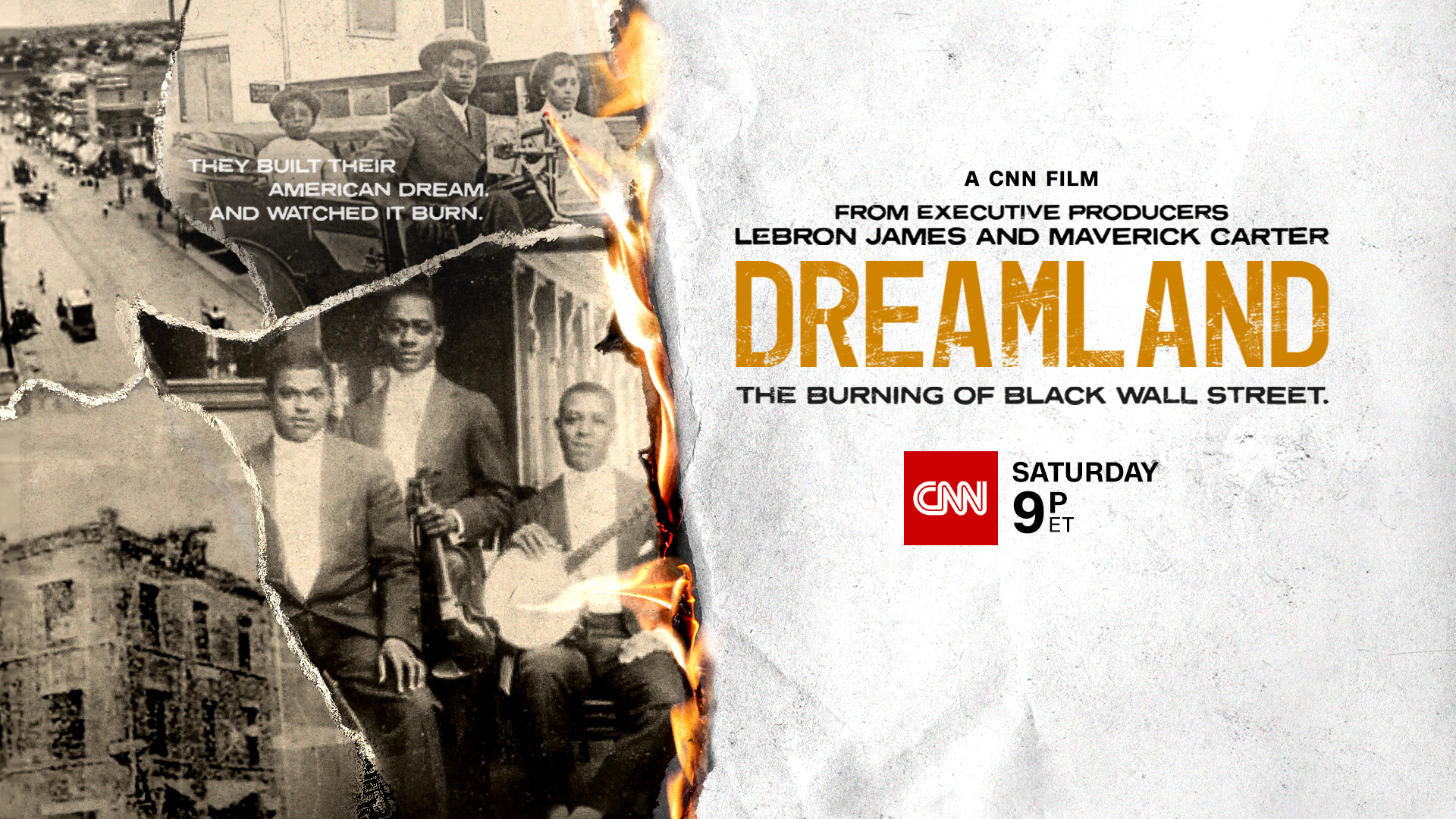 DREAMLAND: The Burning of Black Wall Street is is a celebration of Black achievement, an investigation into a century-old, racially-motivated mass murder, and a visual and oral narrative of the Greenwood community of Tulsa, OK.

DREAMLAND will encore TONIGHT, Saturday, June 5 at 9:00pm Eastern for television on CNN, and will also stream live for subscribers via CNNgo (www.CNN.com/go and via CNNgo apps for AppleTV, Roku, Amazon Fire, Samsung Smart TV, and Android TV) and on the CNN mobile apps for iOS and Android.

HBO Max will offer the film for subscribers at a later date.

Directed and produced by Salima Koroma, DREAMLAND is executive produced by LeBron James, Maverick Carter, Jamal Henderson, and Philip Byron for The SpringHill Company, and Amy Entelis and Courtney Sexton for CNN Films.