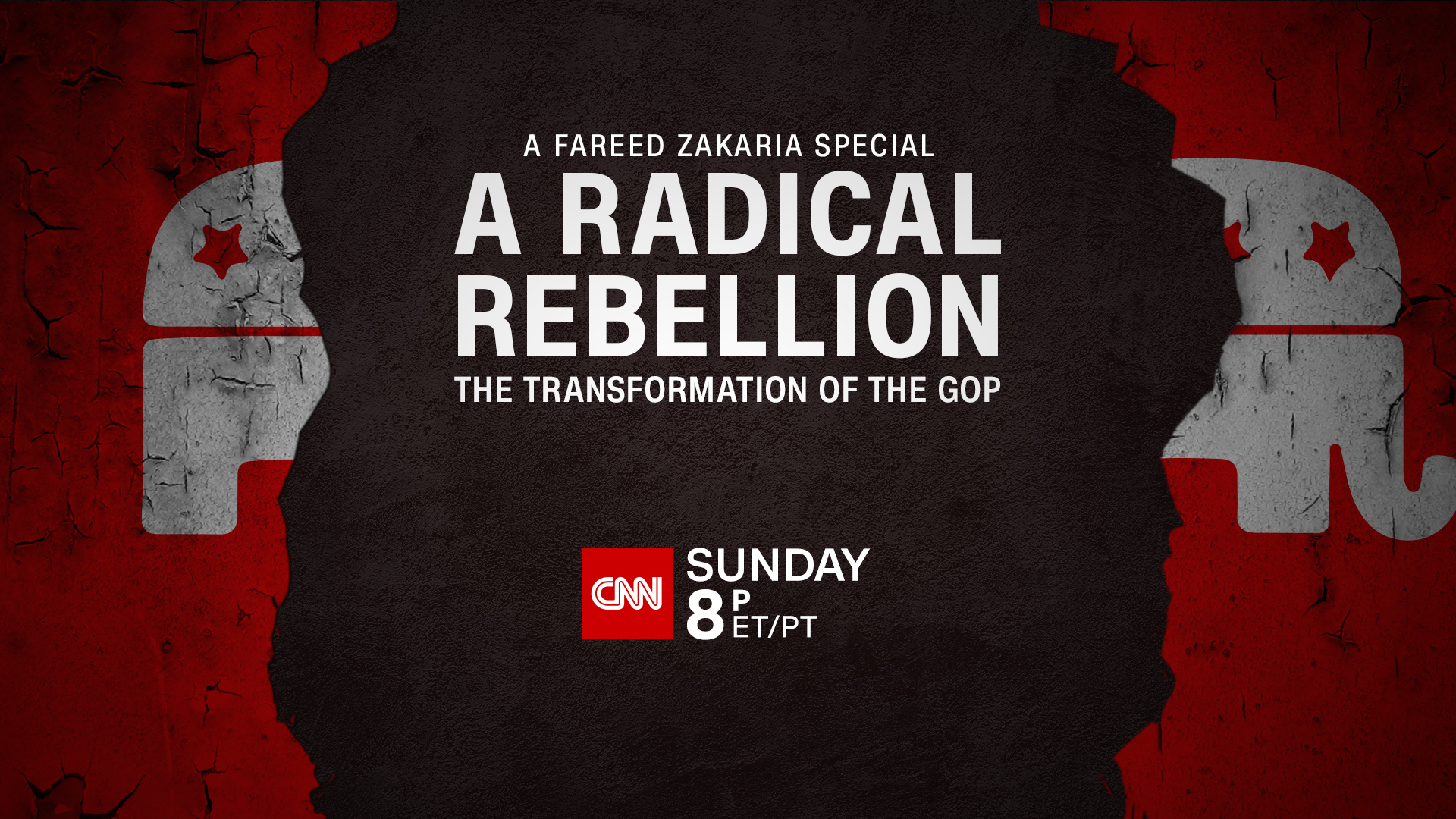 CNN SPECIAL REPORT: A RADICAL REBELLION – THE TRANSFORMATION OF THE GOP — A Fareed Zakaria Special

CNN’s Fareed Zakaria investigates the roots of the radicalization of the modern Republican party.  A Radical Rebellion: The Transformation of the GOP – A Fareed Zakaria Special, explores the roots that foreshadowed this critical moment for American democracy in a one-hour prime time special that premieres Sunday, May 16 at 8:00pm Eastern on CNN and CNN International.

From Barry Goldwater and the John Birch Society, to the conspiracy theories of the defeated Donald Trump, who refused to accept the results of the 2020 U.S. presidential election and fomented an insurrection, Zakaria traces the GOP’s tradition of elevating personalities prepared to suppress the democratic franchise through the pursuit of illiberal extremism and conservative grievances against a changing world.

Zakaria shows the political pathway of how America landed at the current inflection point for the ‘Party of Lincoln.’  The GOP standard-bearer, once a president who died in pursuit of saving the democratic Union just after the Civil War, is now a president who directed an uncivil presidential transition, and is pursuing the party expulsions of conservative state election leaders because they did not award him the 2020 election that he lost.  The party which once proudly supported abolition and civil rights, is now pursuing an agenda of restricting voting rights in order to retain political relevance.

A Radical Rebellion: The Transformation of the GOP – A Fareed Zakaria Special, will stream live for subscribers via CNNgo (www.CNN.com/go and via CNNgo apps for AppleTV, Roku, Amazon Fire, Chromecast, Samsung Smart TV, and Android TV) and on the CNN mobile apps for iOS and Android.  The special will be available beginning Monday, May 17, on demand via cable/satellite systems, CNNgo platforms, and CNN mobile apps.   The special will encore Sunday, May 16 at 11:00pm, Friday, May 21 at 11:00pm, and Saturday, May 22 at 9:00pm, all times Eastern.

CNN Special Reports is the award-winning, in-house documentary unit focusing on in-depth and investigative reporting of major issues and events and the powerful human-interest stories that reflect our times.