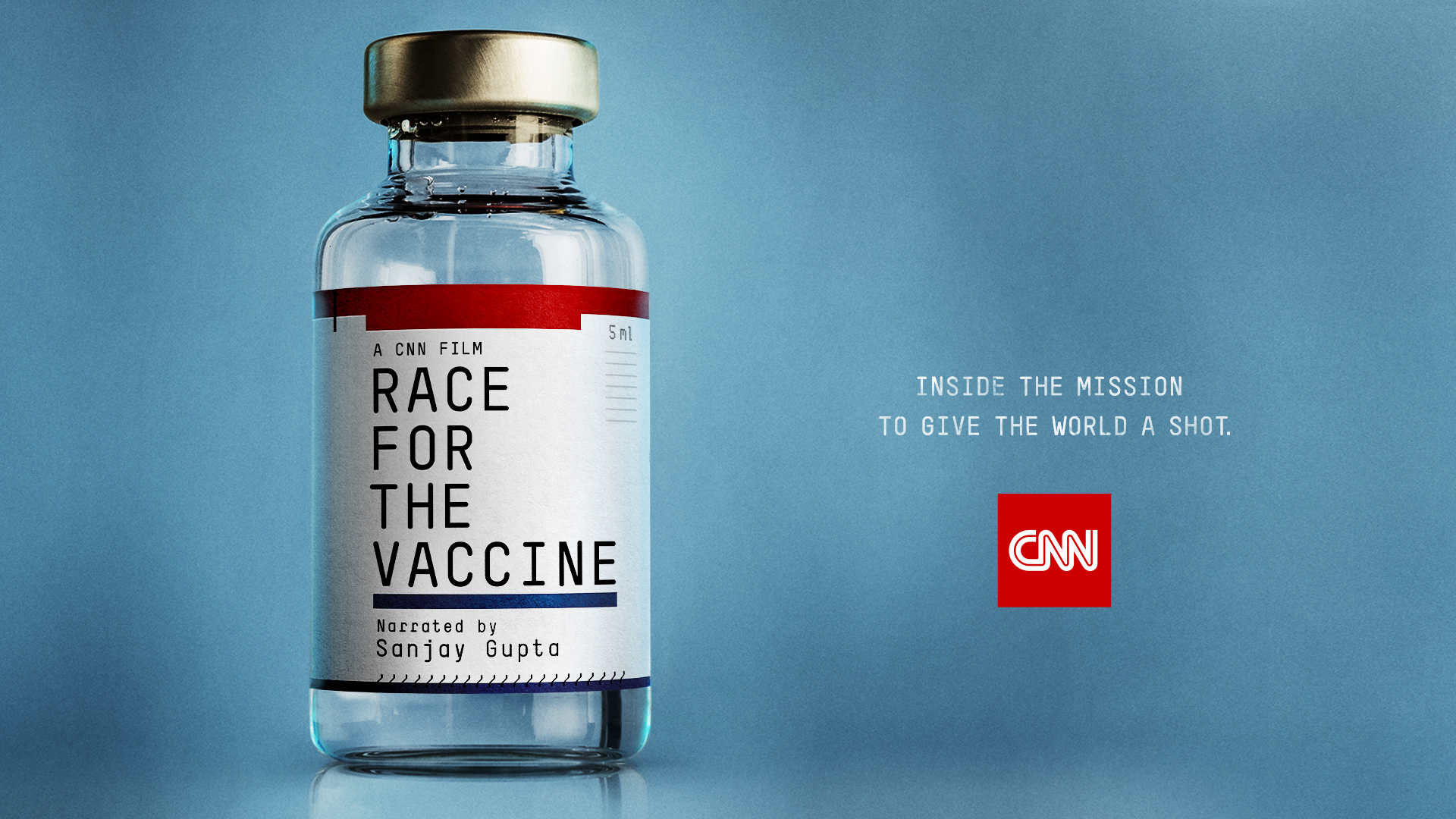 Race For the Vaccine to Premiere Saturday, May 15

RACE FOR THE VACCINE will premiere for television Saturday, May 15 at 9:00pm Eastern (6:00pm Pacific) on CNN.  The film, narrated and produced by CNN’s Chief Medical Correspondent, Dr. Sanjay Gupta, is directed by filmmaker and former virologist Catherine Gale and co-directed by medical journalist and filmmaker Caleb Hellerman.  Race for the Vaccine traces the world-changing discoveries of the life-saving vaccines against Covid-19.

The filmmakers’ extraordinary access is revealed through a mix of cinema verité footage and exclusive interviews with scientists including Kizzmekia Corbett, PhD, and Barney S. Graham, MD, PhD, for the U.S. National Institutes of Health/Moderna vaccine; Keith Chappell, PhD, of University of Queensland-Australia/CSL vaccine; Kathrin Jansen, PhD, of Pfizer/BioNTech; Teresa Lambe, PhD, for the Oxford University/AstraZeneca vaccine; and George Gao, PhD, of the Chinese Center for Disease Control and Prevention, and more.  The film captures the scientists’ real-time reactions to study results, and their resistance to political urgings to rush research decisions, during 12 months of intense filming on five continents.

“The vaccines were a global ‘moonshot.’  Once scientists received the genetic sequencing, they raced against the spread of the pandemic, and the emerging variants, to develop the most successful vaccine candidates,” said Dr Gupta.  “Our hope is this film explains the serious work behind these ‘moonshots’ so that people who watch will understand the vaccines better, and realize that ending the pandemic is now up to them.  They now have the best tools to beat Covid-19.”

During the May 15 premiere on CNN, Race for the Vaccine will also stream live for subscribers via CNNgo (www.CNN.com/go and via CNNgo apps for AppleTV, Roku, Amazon Fire, Samsung Smart TV, and Android TV) and on the CNN mobile apps for iOS and Android.  The film will be available beginning Sunday, May 16, on demand via cable/satellite systems, CNNgo platforms, and CNN mobile apps.  Social media users can connect with others commenting on the film during the premiere broadcast with the hashtag #RaceForTheVaccine.  In the United Kingdom, Vaccine: The Inside Story, will broadcast as part of the Horizon series on BBC Two.

The Global Health Reporting Center and Wingspan Productions produced this film in association with HHMI Tangled Bank Studios, which was also a scientific advisor for the documentary.   This film was also supported by the Chan Zuckerberg Initiative.