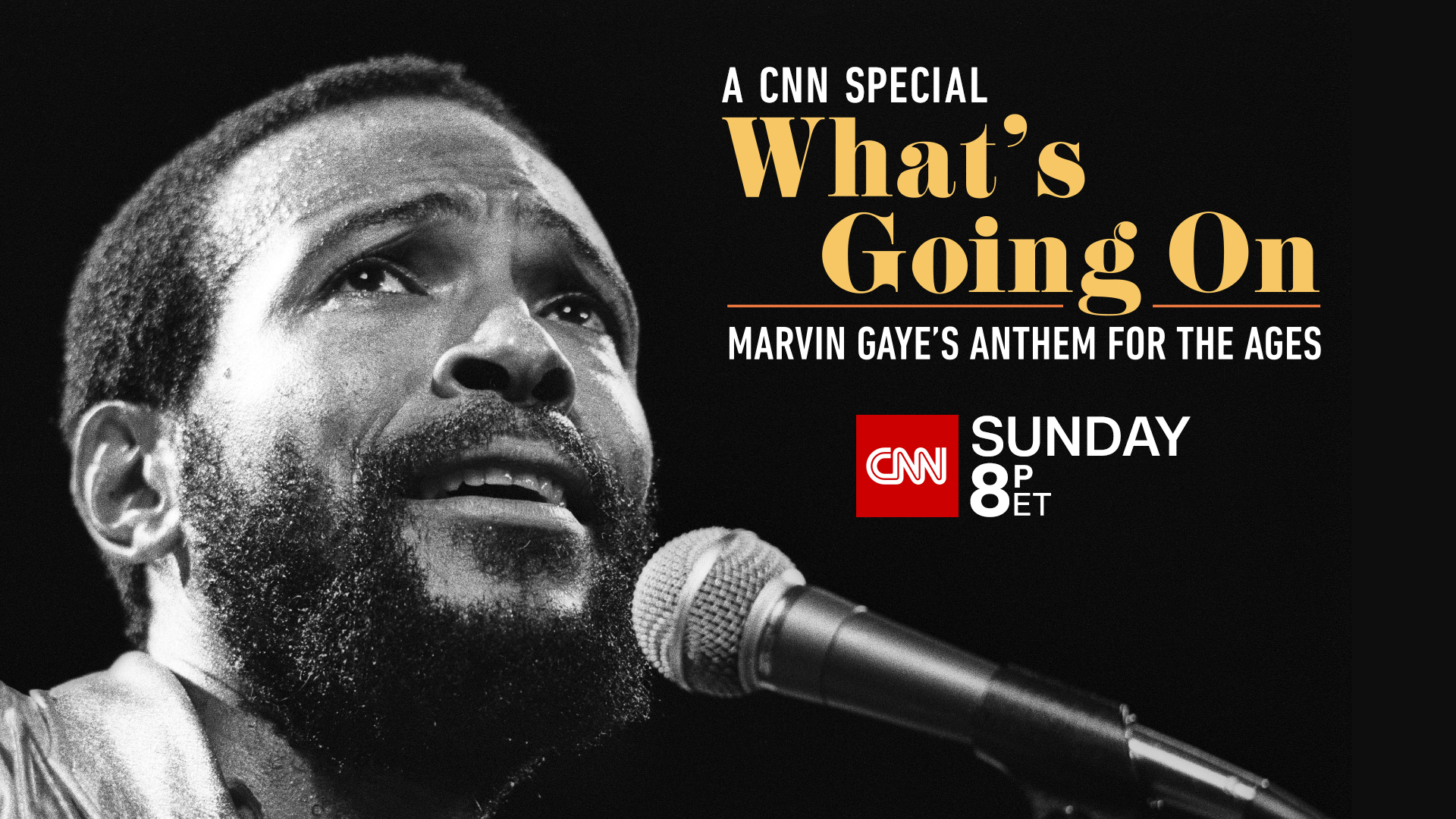 Anchored by CNN’s Don Lemon on Sunday, May 9th at 8pm, ET

In 1971, while the United States was in the midst of the Vietnam war and social unrest permeated the country, Motown singer Marvin Gaye took to the airwaves with a song of peace and conscious reflection.  Fifty years later, the song and album — What’s Going On — continue to speak no less vividly of this era of racism, poverty, police brutality and the destruction of the planet.  In the CNN Special: What’s Going On: Marvin Gaye’s Anthem for the Ages airing Sunday, May 9th at 8pmET, CNN’s Don Lemon explores the impact and genius of Marvin Gaye, his unprecedented album and the anatomy of several iconic hits from the record that reflect some of the most significant challenges and divisions in the nation today.

What’s Going On became a landmark of American protest music made even more powerful because it came from Motown’s legendary sex symbol, who was not known for being a political figure. Gaye triumphed by landing a platinum album and transforming the most troubling social issues into an emotional appeal.

In this documentary, Lemon conducts rare interviews with music legends Stevie Wonder and Smokey Robinson and speaks to other Motown musicians who were there with Gaye as he recorded What’s Going On, inside the iconic Hitsville studio in Detroit. Lemon also sits down with others who were inspired by this work, such as performing artists Maxwell, Sheila E., singer and actress Andra Day, and filmmakers Spike Lee and Lee Daniels.

CNN Special: What’s Going On: Marvin Gaye’s Anthem for the Ages will stream live for subscribers on May 9th via CNN.com’s homepage and across mobile devices via CNN’s apps for iOS and Android with a log-in to a cable provider. It can also be viewed on CNNgo (at CNN.com/go on your desktop, smartphone, and iPad, and via CNNgo apps for Apple TV, Amazon Fire, Android TV, Chromecast, Roku and Samsung Smart TV). The special will also be available on demand to subscribers via cable/satellite systems, CNNgo platforms and CNN mobile apps.