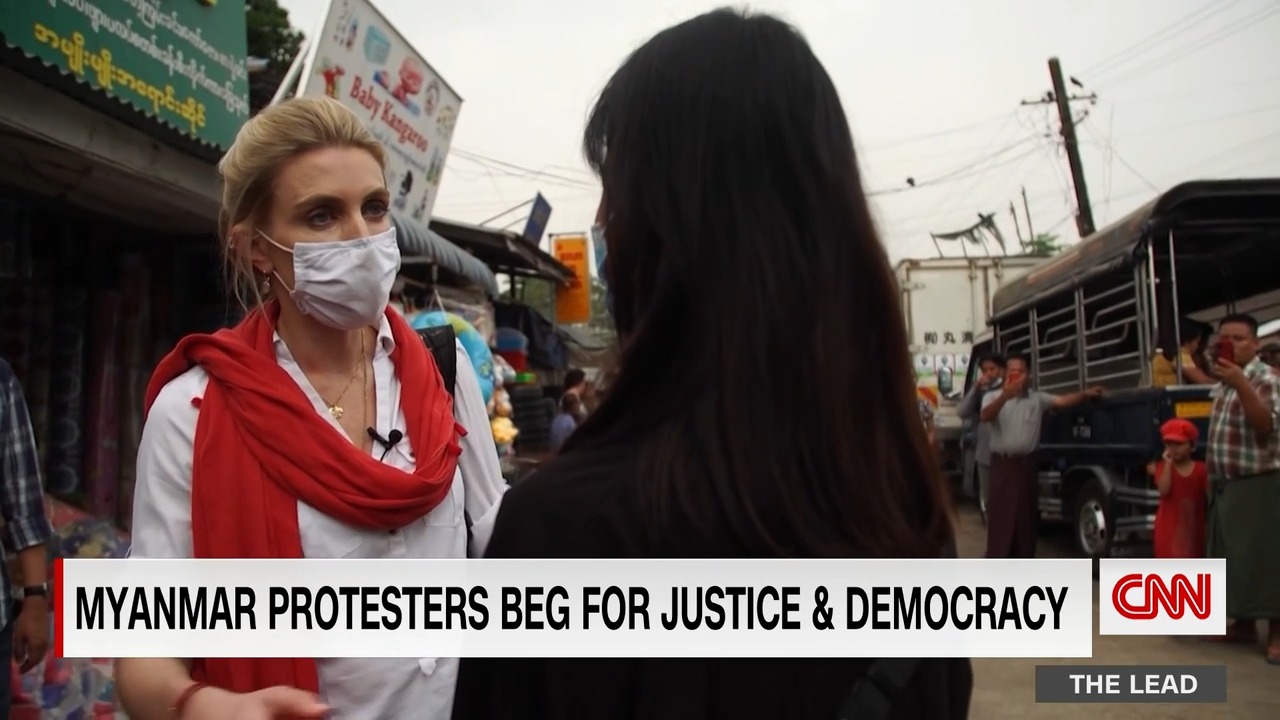 In an exclusive report from Chief International Correspondent Clarissa Ward, CNN shows a new look at life inside Myanmar’s coup and confronts the military junta about the violent suppression of protests taking place in the country.

CNN was the first international media organisation permitted to enter the Southeast Asian nation since the military unseated the civilian government in a coup on February 1. Since then, the military has waged a brutal clampdown on pro-democracy protesters, which has led to more than 500 deaths.

CNN showed the Major General video footage including that of the brutal killing of a 17-year-old activist and asked why the armed forces were using firearms against children. According to the United Nations, as of March 31st, at least 44 children had been killed in Myanmar.

Zaw Min Tun responds: “We have heard about the deaths of children too. There is no reason we would shoot children. This is only the terrorists that are trying to make us look bad.”

CNN visited an open market where the team was approached by residents who wanted to speak to them, despite the presence of security officials. Locals also displayed the three-finger salute, which has become a symbol of the protest movement against the military junta, as well as banging pots and pans in a show of defiance.

“We don’t want to back to the dark age, we lost our voice and we had democracy only for ten years.” A young female teacher tells Ward “We don’t have weapons, we don’t have guns, just only we have a voice.”

Throughout its time in Myanmar, the CNN team was reporting with the permission of the military and was escorted by the military, which sent six trucks carrying soldiers to monitor the crew.

Ellana Lee, SVP & Managing Editor, Asia Pacific, at CNN said: “This assignment was a key part of our broader reporting on Myanmar, which has drawn extensively on the work of brave local reporters, information and material from activists, and our own reporting from in and around the country. It was an opportunity to confront the military junta in person and draw further international attention to this important story.”

CNN has reported extensively on the situation in Myanmar in recent weeks. Links to recent reporting below: