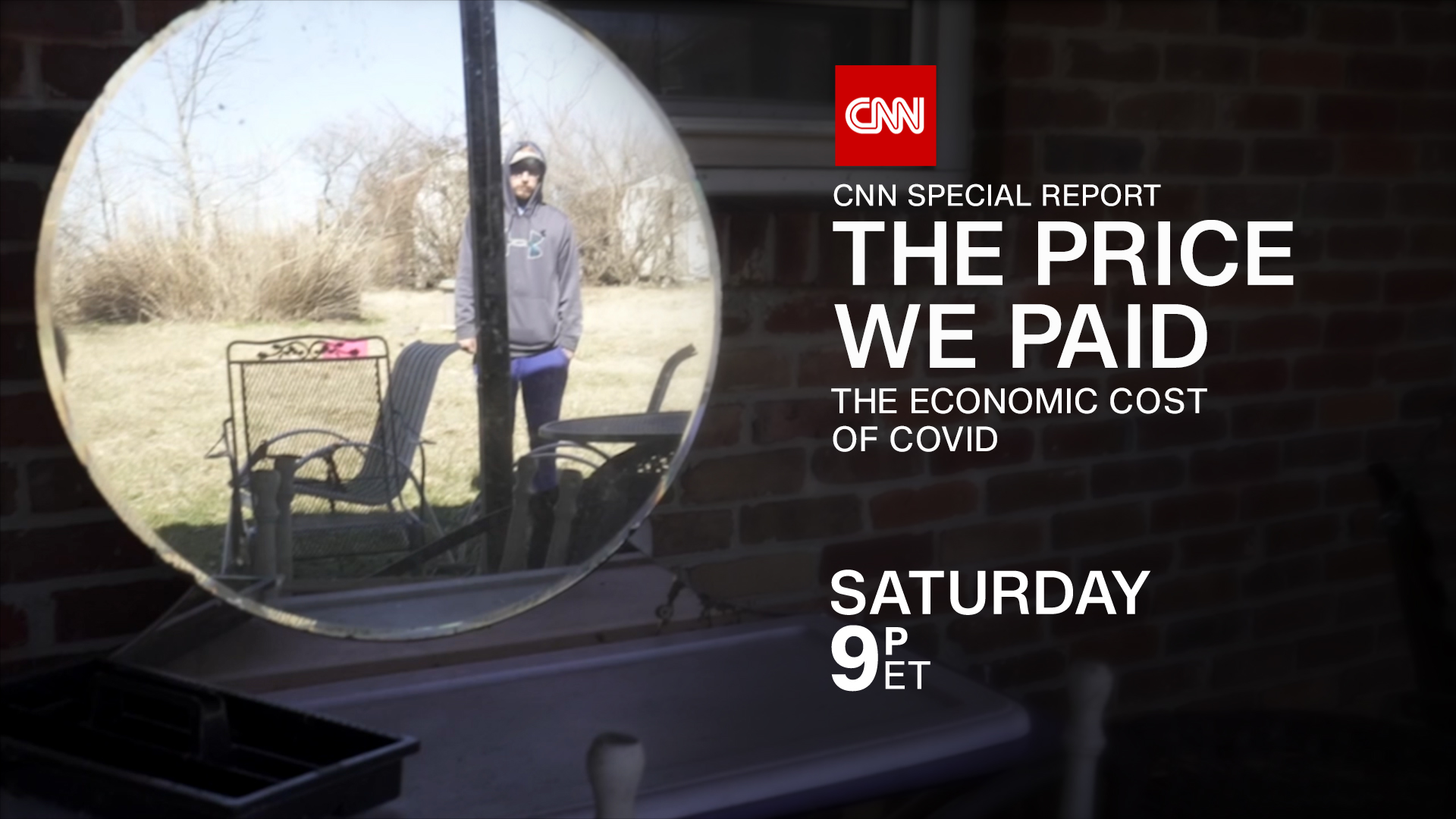 CNN Special Reports: The Price We Paid: The Economic Cost of Covid

The financial trauma caused by the Great Depression moved the United States to action in 1935. No tax-abiding American would suffer such destitution under the nation’s new unemployment insurance program. Through personal stories, CNN Correspondent Ed Lavandera explores the reliability of America’s most important economic safety net. THE PRICE WE PAID: The Economic Cost of Covid airs on Saturday, March 27 at 9pm ET on CNN/U.S. and CNNI, and Sunday, April 4 at 7PM ET on CNN en Español.

CNN travels to Kentucky to explore the systemic issues of this governmental service through conversations with politicians across the aisle, local reporters, the state auditor and former state workers. More importantly, Lavandera meets with Americans who have lost nearly everything. At the peak of the coronavirus pandemic, nearly 22 million Americans lost their job according to the U.S. Bureau of Labor and Statistics. Was America’s financial lifeline, the unemployment insurance program, there when its citizens needed it the most?

THE PRICE WE PAID: The Economic Cost of Covid will stream live for subscribers the day of its premiere via CNNgo (at CNN.com/go and via CNNgo apps for Apple TV, Roku, Amazon Fire, Samsung Smart TV and Android TV) and on the CNN mobile apps for iOS and Android. It will also be available the day after the broadcast premiere on demand via cable/satellite systems, CNNgo platform and CNN mobile apps.