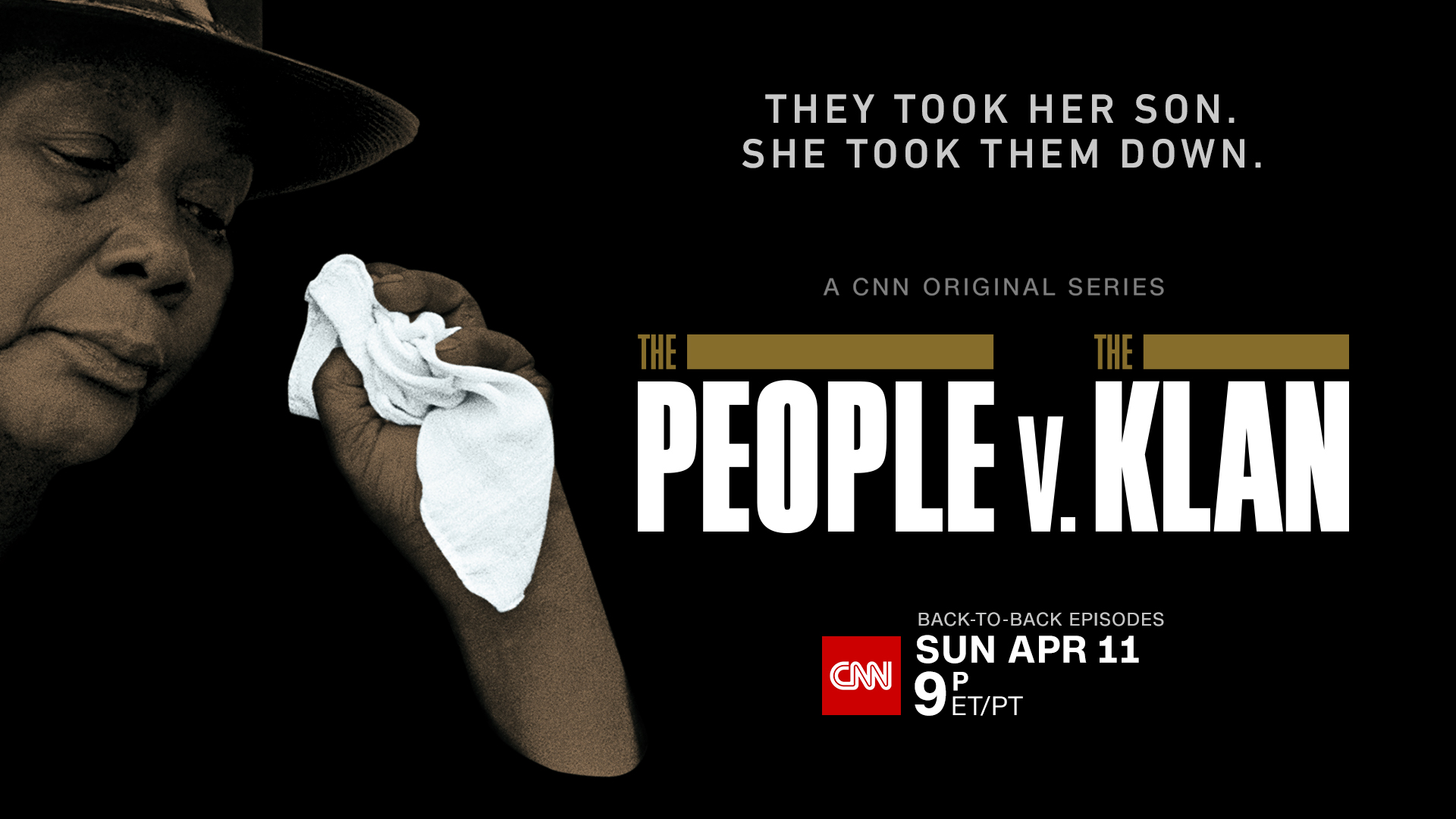 NEW YORK— March 10, 2021 The new CNN Original Series The People V. The Klan produced by Blumhouse Television will make its debut on Sunday, April 11 with back-to-back episodes at 9 pm and 10pm ET/PT.

The four-part docuseries tells the little-known true story of Beulah Mae Donald, a Black mother in Alabama, who took down the Ku Klux Klan after the brutal murder and lynching of her son, Michael Donald. He was just nineteen years old when he was found dead, hanging from a tree in Mobile, on March 21, 1981. The local Black community immediately suspected it was a Klan lynching, but local law enforcement was slow to acknowledge that the murder was racially motivated. Beulah Mae and local Black leaders refused to back down until Michael’s killers and the hateful organization they belonged to were brought to justice.

The People V. The Klan explores the systems that allowed the Klan to operate unfettered for so long and the activists of the Civil Rights movement who dismantled the Klan’s hold on the nation. Beulah Mae Donald ultimately brought a massive lawsuit against the United Klans of America and successfully brought the hate group to their financial knees. Through interviews with key figures in the Donald story, the Civil Rights movement, and the modern movement for racial justice, the series confronts the past’s inextricable link to the present-day discord in America.  The series shines a light on the too-often marginalized agents of change in our society: The Black mothers of the movement, alongside the activists and attorneys who fight for racial equality in America.

“Beulah Mae Donald’s story is one of the most remarkable displays of strength and courage our country has seen in its fight for racial justice,” said Amy Entelis, EVP for Talent & Content Development, CNN Worldwide. “As cases of white nationalism rise in the US, the importance of sharing her legacy has never felt greater.”

“Even after years of my own civil rights advocacy, I was emotionally unprepared for this beautiful, powerful, and inspiring story. From my first conversations with executive producer/director Donnie Eichar, Blumhouse and CNN I knew I wanted to be involved,” said Cornell William Brooks, executive producer of The People V. The Klan. “Forty years after Michael’s death, with authentic voices, the docuseries reveals not ‘both sides’ of a modern lynching but multiple dimensions of racism and resilience, and is a story that speaks life, hope and courage over our country.”

“What happened to Michael Donald in 1981 was truly horrifying, and it’s a tragedy that there continues to be victims of racial hate crimes today. Beulah Mae Donald’s pursuit of justice was not just for her son Michael, but so that other mothers would not endure what she and her family suffered. We hope that by shining a spotlight the series continues to foster an ongoing dialogue so that Mrs. Donald’s cause is not in vain,” said Mary Lisio, EVP Alternative and Non-Scripted Programming Blumhouse Television.

The People V. The Klan will also stream live for subscribers via CNNgo (at CNN.com/go and via CNNgo apps for Apple TV, Roku, Amazon Fire, Samsung Smart TV and Andriod TV) and on the CNN mobile apps for iOS and Android. Episodes of the series will be available the day after each broadcast premiere on demand via cable/satellite systems, CNNgo and CNN mobile apps.

Blumhouse is known for pioneering a new model of studio filmmaking: producing high-quality micro-budget films and provocative television series. Regarded as the driving force in the horror renaissance, Blumhouse has produced over 150 movies and television series with theatrical grosses amounting to over $4.8 billion. The company has produced iconic, genre, film franchises like Halloween, Paranormal Activity, The Purge, and prolific films like Leigh Whannell’s The Invisible Man; Glass, The Visit and Split from M. NIght Shyamalan; Spike Lee’s BlacKkKlansman; Get Out from Jordan Peele; among several others. Blum’s television company operates in horror programming – with streaming anthology series like Welcome to the Blumhouse for Amazon and Into the Dark for Hulu – and has also expanded beyond genre with provocative and acclaimed scripted and unscripted series and documentaries, such as The Good Lord Bird, starring Academy Award nominee Ethan Hawke, for Showtime; The Loudest Voice, starring Golden Globe winner Russell Crowe for Showtime; A Wilderness of Error (FX); The Jinx for HBO; A Secret Love, from executive producer Ryan Murphy, for Netflix; and lauded HBO series Sharp Objects, starring Amy Adams and Patricia Clarkson, among others.