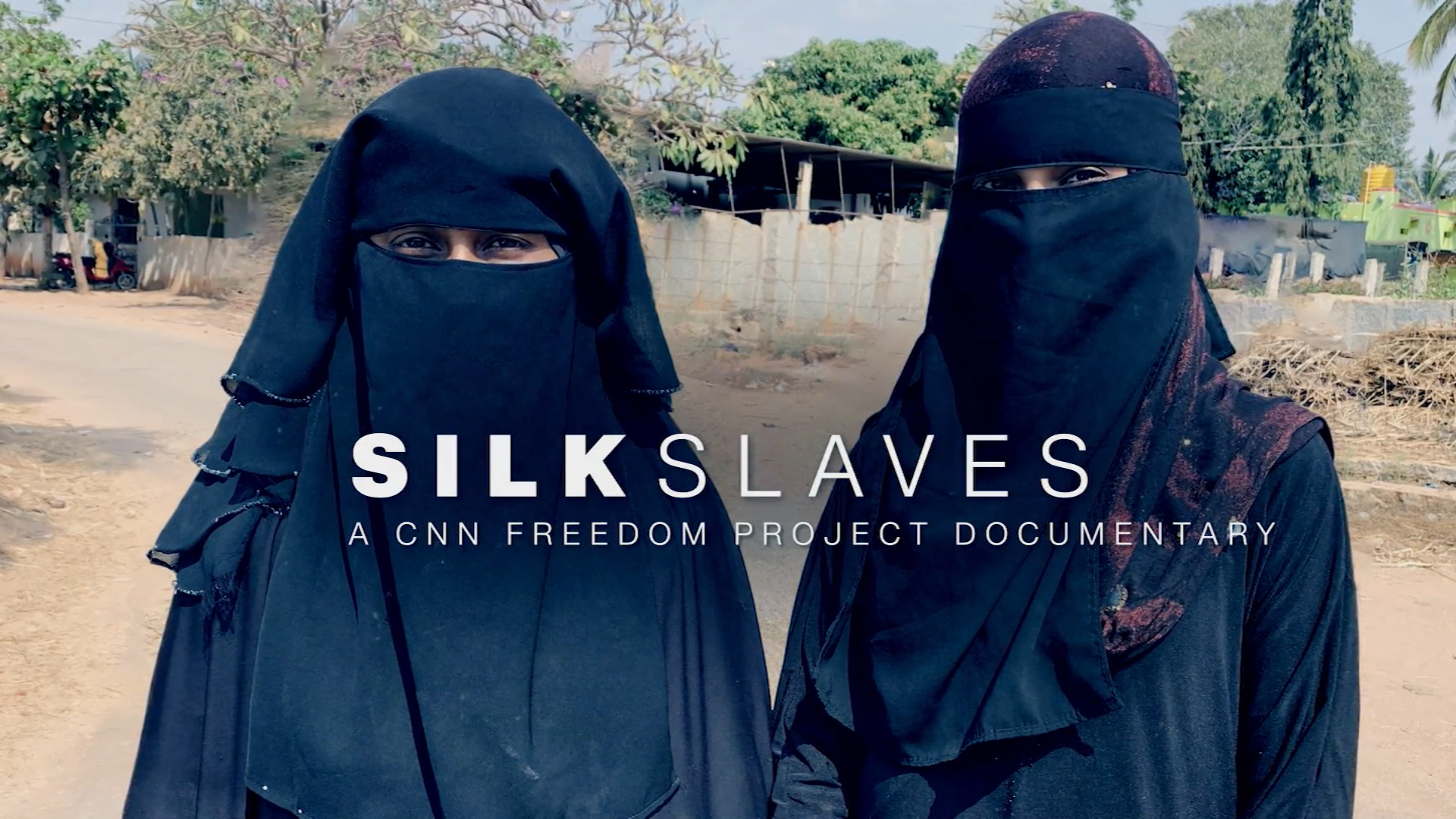 CNN International is to broadcast a new documentary highlighting one of the largest forms of modern-day slavery in the form of bonded labour.

Produced by The CNN Freedom Project in collaboration with Kulczyk Foundation, Silk Slaves explores how as many as 8 million people around the world are ensnared by bonded labour and what the practice entails within the country’s booming silk industry.

Airing on Saturday 13th March in the lead up to the network’s #MyFreedomDay initiative, the half-hour documentary travels to Karnataka, India, to accompany entrepreneur and philanthropist Dominika Kulczyk. Reporting from the town of Sidlaghatta, Kulczyk meets with representatives from Jeevika, an organisation working to identify bonded labourers and help them to file applications for their release and rehabilitation.

Bonded labour often involves labourers being forced to work in terrible conditions to pay off a debt. Silk Slaves follows the story of mother and daughter Hadia and Naseeba, hearing their accounts of twelve-hour working days in factories in extreme conditions, the fear of the person they are indebted to and witnessing how they attempt to navigate the legal route to freedom.

The CNN Freedom Project examines further details of what takes place in silk factories and why bonded labour persists in a country where the average silk worker makes less than $3 per day.

Silk Slaves and Kulczyk also travel to a village where former bonded women currently reside. The documentary hears the challenges that come with regaining their freedom but also how the victims of bonded labour have united to support each other in the region.

Silk Slaves: A CNN Freedom Project Documentary airs on CNN International at the following times (All GMT):
Saturday 13th March at 1600 and 2330
Monday 15th March at 0230

The CNN Freedom Project produces original reports, articles, and documentaries on human trafficking in all of its forms – from debt bondage in India to sex trafficking rings in Southern California and African slaves in the Sinai desert. Since its launch in 2011, the multi-award-winning CNN Freedom Project is among the most successful and highly visible programming initiatives on CNN International. It has generated more than 1,000 investigative stories of modern-day slavery from across six continents. Various NGOs report that these CNN Freedom Project stories have contributed to changing laws and corporate policies, led to more than 1,000 survivors receiving assistance and sparked more than $24 million in donations to anti-trafficking organizations. www.cnn.com/freedom

Kulczyk Foundation is a private foundation established in 2013 by Grazyna Kulczyk, Dr Jan Kulczyk and Dominika Kulczyk in Warsaw, Poland. The primary aim of the Foundation is to fight the issues of discrimination and inequality, in order to create a world without barriers. Together with its partners, the Foundation drives societal change through sustainable solutions, which the Foundation calls the ‘Domino Effect’.