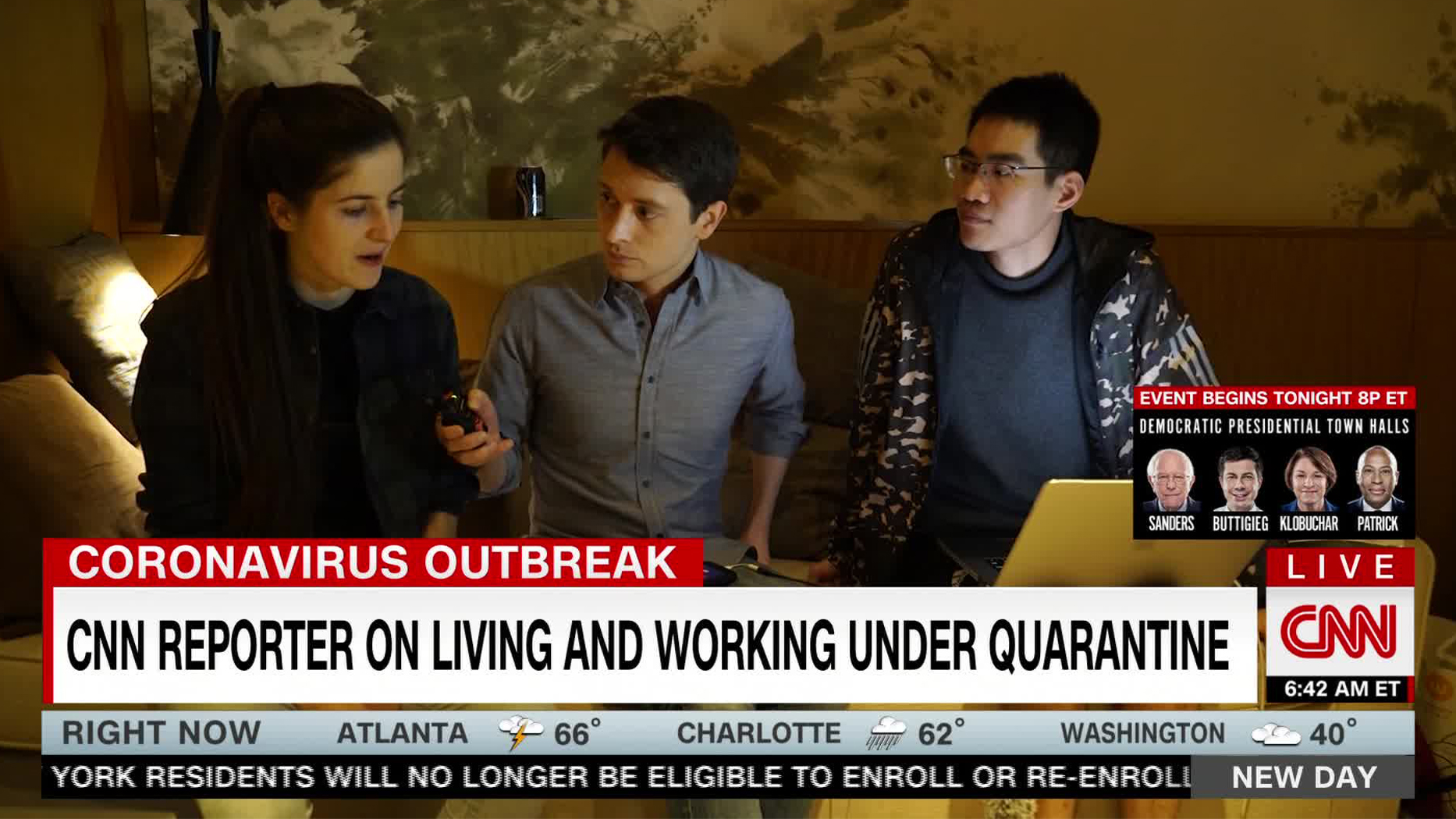 CNN international correspondent David Culver, producer Yong Xiong and photojournalist Natalie Thomas have won the George Polk Award for Foreign Reporting for their reporting on the coronavirus outbreak in Wuhan, China and later under quarantine in Beijing.

The CNN team was recognized for “giving much of the world its first on-the-scene look at the dangers posed by the coronavirus and the Chinese efforts to control its spread. Tapping into independent sources they developed during a trip to Wuhan that was cut short when the government ordered a lockdown of the city, the CNN crew did much of its early reporting from an enforced 14-day quarantine site.”

The award to CNN marks the first time in the 73-year history of the Polk Awards that the award for Foreign Reporting went to a television report. All previous TV awards were in the Television category.

From the Polk Citation: “When word reached Beijing about a viral outbreak, CNN correspondent David Culver didn’t hesitate. He and his crew caught a train for the 650-mile trip to Wuhan. Twenty-four hours later, as the city went into lockdown, they quickly left, sending out footage that gave the world its first on-the-scene look at the marketplace that was the crucible of the virus and the streets it stalked. From quarantine in a hotel room, they used their sources to document Chinese efforts to control the news, reaching the doctor — on his deathbed — who first spread the alarm. For their work, Culver, producer Yong Xiong and photo journalist Natalie Thomas has won the George Polk Award for foreign reporting.”