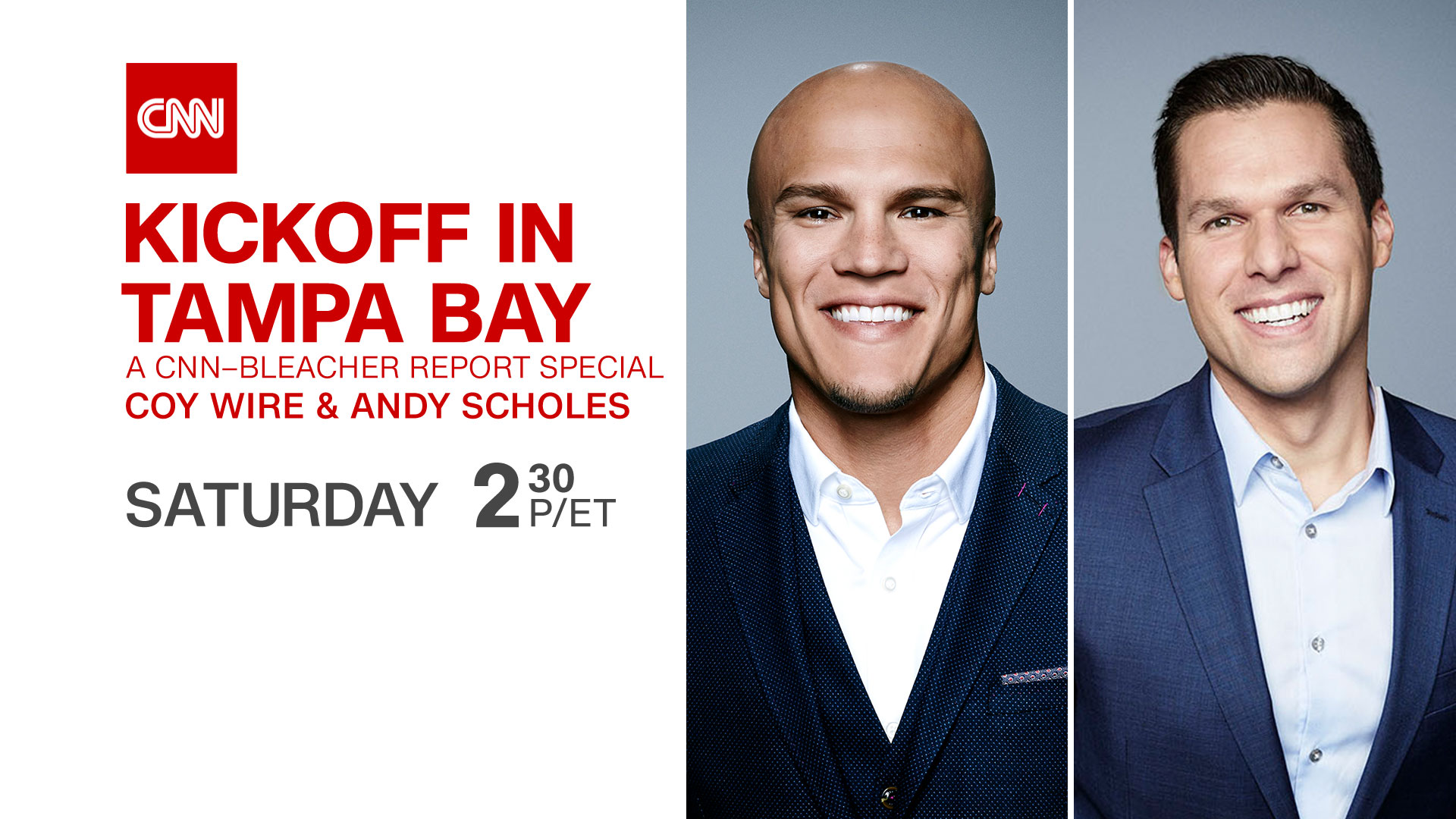 After a historic NFL season marked by a global pandemic and a massive social justice movement,  CNN will present a half hour-special ahead of Super Bowl LV hosted by CNN Sports Commentator Andy Scholes from Atlanta and NFL veteran and CNN Sports Commentator Coy Wire from outside Raymond James Stadium in Tampa Bay, where the hometown team the Buccaneers will take on the defending champions, the Kansas City Chiefs.

Kickoff in Tampa Bay: A CNN-Bleacher Report Special will not only showcase the talent on the field in quarterbacks Tom Brady and Patrick Mahomes with predictions from NFL Hall of Fame quarterback Dan Marino, but also the challenges the league met this past season. CNN Contributor and two-time Super Bowl Champion Malcolm Jenkins will join to discuss both the COVID-19 pandemic and the social activism on and off the field.

A Super Bowl like no other, the 30-minute special will also include reports from CNN Correspondent Randi Kaye on the limited attendance, mask mandate and the first responders awarded tickets, while CNN Chief Medial Correspondent Dr. Sanjay Gupta will discuss what the NFL taught the nation about the evolving pandemic. CNN anchors and super fans John King and John Berman will join as well with personal messages for their former New England Patriots prodigy Tom Brady.