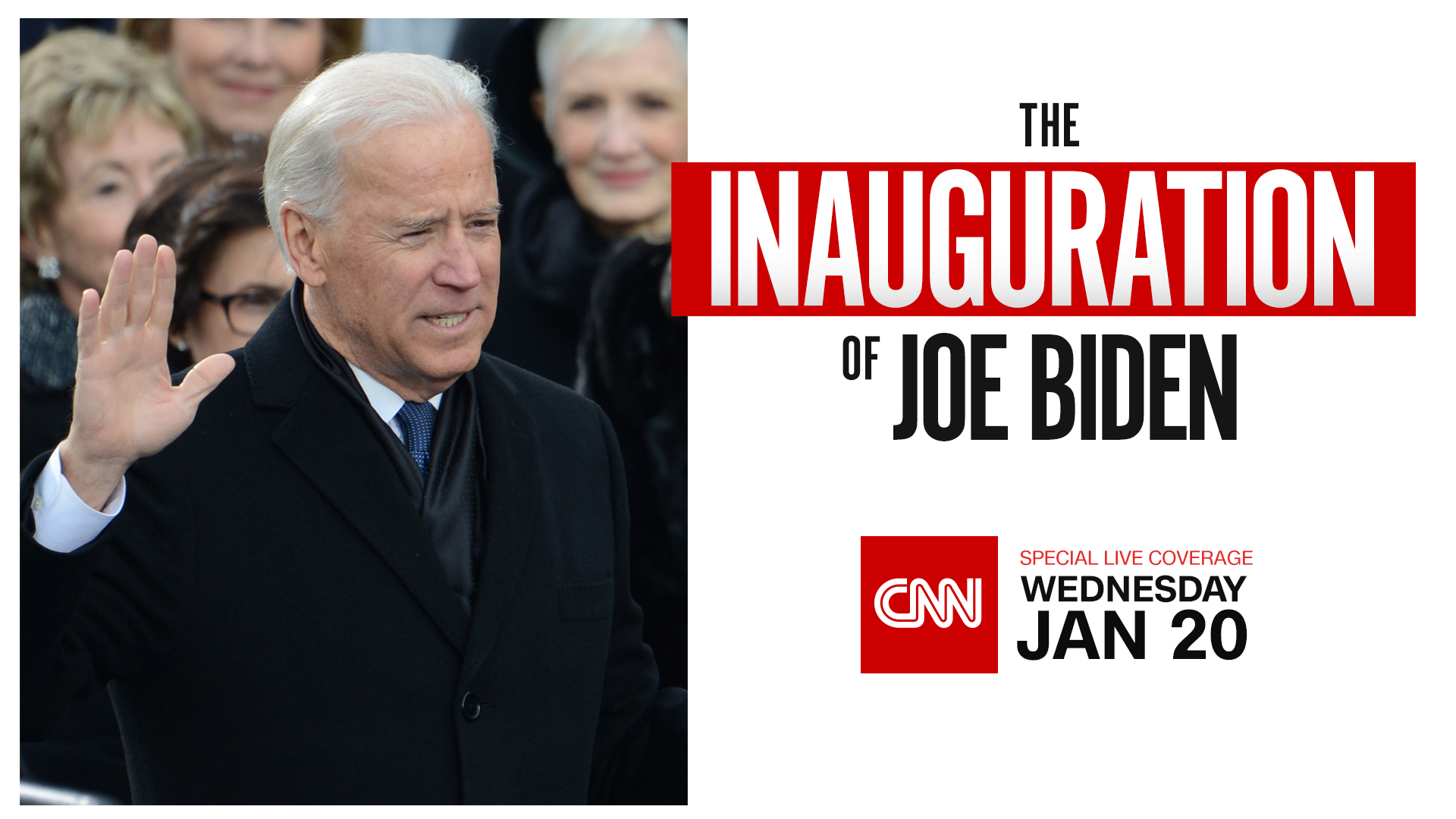 CNN to Provide Expansive Coverage for the Inauguration of Joe Biden

On January 20, CNN will provide viewers with comprehensive coverage of Inauguration Day as President-elect Joe Biden is sworn in as the 46th president of the United States. Chris Cuomo will kick off CNN’s special coverage of The Inauguration of Joe Biden from 12am-2amET, followed by Poppy Harlow and Jim Sciutto from 2am-5amET and John Berman and Alisyn Camerota from 5am-7amET.

CNN’s coverage will continue at 7amET until midnight with Dana Bash, Wolf Blitzer, Erin Burnett, Anderson Cooper, John King, Abby Phillip, and Jake Tapper live from DC to cover the day’s events, including the oath of office, the inaugural parade and the inaugural concert. Brianna Keilar and Pamela Brown will be live from DC covering key developments as the day unfolds, with Chris Cuomo and Don Lemon leading the network’s late-night coverage. Gloria Borger, David Axelrod, Van Jones and Evan Osnos will join to provide analysis throughout the day. In addition, dozens of CNN correspondents and reporters will be live from the nation’s capital and cities across the country.

On CNN digital platforms, CNN’s The Inauguration of Joe Biden coverage will stream live without requiring a cable log-in from 6am to midnight ET on Wednesday, January 20 to CNN.com’s homepage and across mobile devices via CNN’s apps for iOS and Android. It can also be viewed on CNNgo via CNN.com/go on desktops, smartphones, and iPads, as well as CNNgo apps for Apple TV, Amazon Fire, Android TV, Chromecast and Roku.

The unrestricted live stream will complement CNN Digital’s comprehensive week-long coverage as the unrivaled politics team chronicles Trump’s final days and legacy to understand what an inauguration unlike any other in recent modern history means in a divided America.

With the country on high-alert during the historic transition of power, CNN reporters and analysts will provide sweeping, real-time coverage as a guide before, during, and after the ceremony. From the most important facts to know, what to expect on the day, how it’s played out in the past, and first-person accounts from the team, we’ll bring readers into the new presidential term through interactive content that looks ahead to Biden’s first 100 days.

As the first-term president exits the White House freshly impeached for a second time amidst an insurrection on Washington, CNN Audio is keeping listeners up-to-speed throughout the week leading up to Inauguration Day with new episodes from flagship political podcasts Politically Sound and Political Briefing.