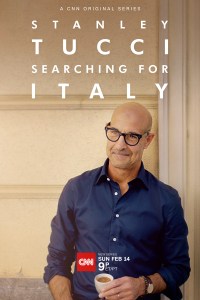 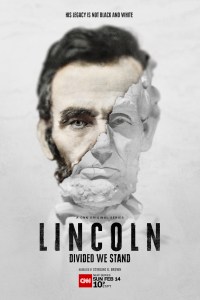 NEW YORK- Jan. 13, 2021 It’s a big night for CNN Original Series on Sunday, February 14 with the debut of Stanley Tucci: Searching for Italy at 9pm ET/PT and Lincoln: Divided We Stand at 10pm ET/PT.

Stanley Tucci: Searching for Italy is a six-part CNN Original Series that follows Academy Award nominee Stanley Tucci as he travels across Italy to discover the secrets and delights of the country’s regional cuisines. Viewers will go along with him as he enjoys the luxurious creamy carbonara of Rome, the delicious simplicity of Sicily’s pasta alla Norma, the saffron-infused silkiness of risotto in Milan, the crispy tenderness of bistecca alla fiorentina, the perfect classic ragu alla bolognese and the world’s best pizza in Naples. Tucci comes prepared with a bottomless appetite for it all, showing us how the diversity of Italian cooking offers a gateway through which you can glimpse Italy’s history and culture.

“During a time when everyone wishes they could travel, the series will transport you through Italy’s cultural past and present through its extraordinary cuisine,” said Tucci. “The food tells the story of this country’s unique history and I’m thrilled to serve as a guide through this journey.”

In each episode, Tucci visits a different region or city of Italy, including Tuscany, Sicily, Milan, Rome, Bologna, and Naples/The Amalfi Coast.

“Stanley’s engaging personality, wit and charm make him the perfect fit to take CNN’s viewers on an intimate voyage to his beloved Italy,” said Amy Entelis, EVP for Talent & Content Development, CNN Worldwide. “We know our audience will feel inspired as they experience, through Stanley’s eyes, the food, culture and people of a country that has given the world so much joy from its cuisine.”

Lincoln: Divided We Stand takes a comprehensive look at the remarkable and unexpected story of Abraham Lincoln by exploring his complicated inner world, seamlessly interweaving his tragic personal life with his history making political career. Narrated by Emmy-award winning actor Sterling K. Brown, the six-part docuseries uses a mix of expert interviews, cinematic recreations, rare artifacts, and never before broadcast photos and letters to take viewers on a transcendent journey into the life and times of this iconic U.S. president.

“The life and legacy of the 16th President, Abraham Lincoln, continues to fascinate audiences,” said Entelis. “The series could not be timelier given the increased attention to racial injustice, as well as the current focus on the role of the President in a divided country.”

Searching for Italy and Lincoln: Divided We Stand will stream live for subscribers the day of their premieres via CNNgo (at CNN.com/go and via CNNgo apps for Apple TV, Roku, Amazon Fire, Samsung Smart TV and Android TV) and on the CNN mobile apps for iOS and Android. Ahead of the broadcast premiere, starting on Friday, Feb. 5 the ‘Tuscany’ episode of Searching for Italy will be available on demand to subscribers via cable/satellite systems, CNNgo platforms and CNN mobile apps. Episodes of both series will be available the day after their broadcast premiere on demand via cable/satellite systems, CNNgo platform and CNN mobile apps.