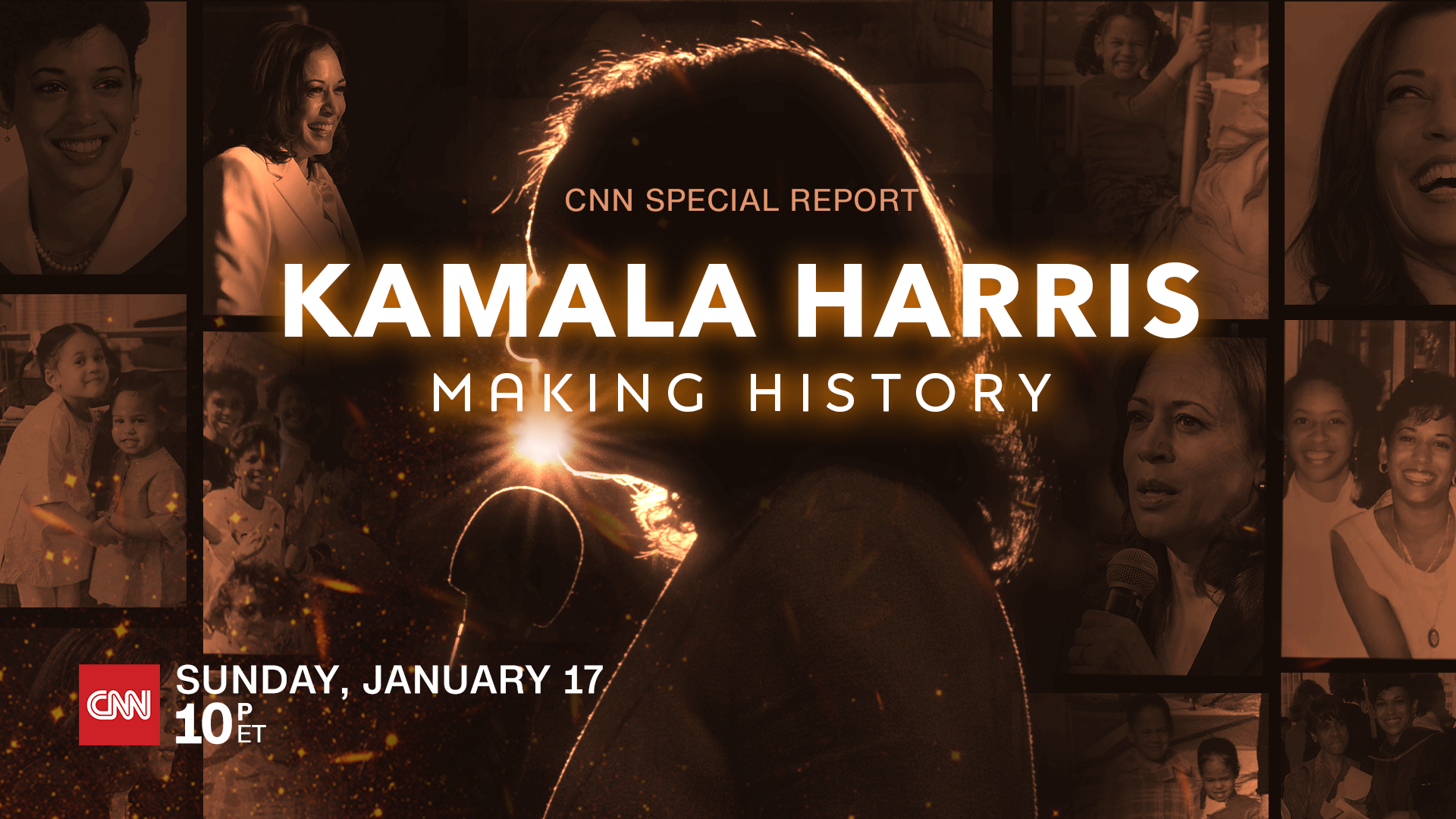 The CNN Special Report takes a closer look at the historic career of Kamala Harris, the first woman and the first Black American and South Asian American to be elected Vice President. Phillip examines Harris’ path to the Vice Presidency, including her barrier-breaking roles as U.S. Senator from California and California Attorney General. It reports untold details of her childhood, her upbringing in Berkeley, and the defining role her parents’ activism played in her life. Phillip speaks with Harris herself and conducts a rare joint interview with Harris and her husband Douglas Emhoff about what the next four years will mean for their family. Phillip also talks with close friends and colleagues, including U.S. Senators Cory Booker and Catherine Cortez Masto and her sister Maya Harris.

The CNN Special Report will stream live for subscribers on CNN.com’s homepage and across mobile devices via CNN’s apps for iOS and Android. It can also be viewed on CNNgo (at CNN.com/go on your desktop, smartphone, and iPad, and via CNNgo apps for Apple TV, Roku, Amazon Fire, SamsungSmart TV, Chromecast and Android TV). The special will also be available on demand to subscribers via cable/satellite systems, CNNgo platforms and CNN mobile apps.