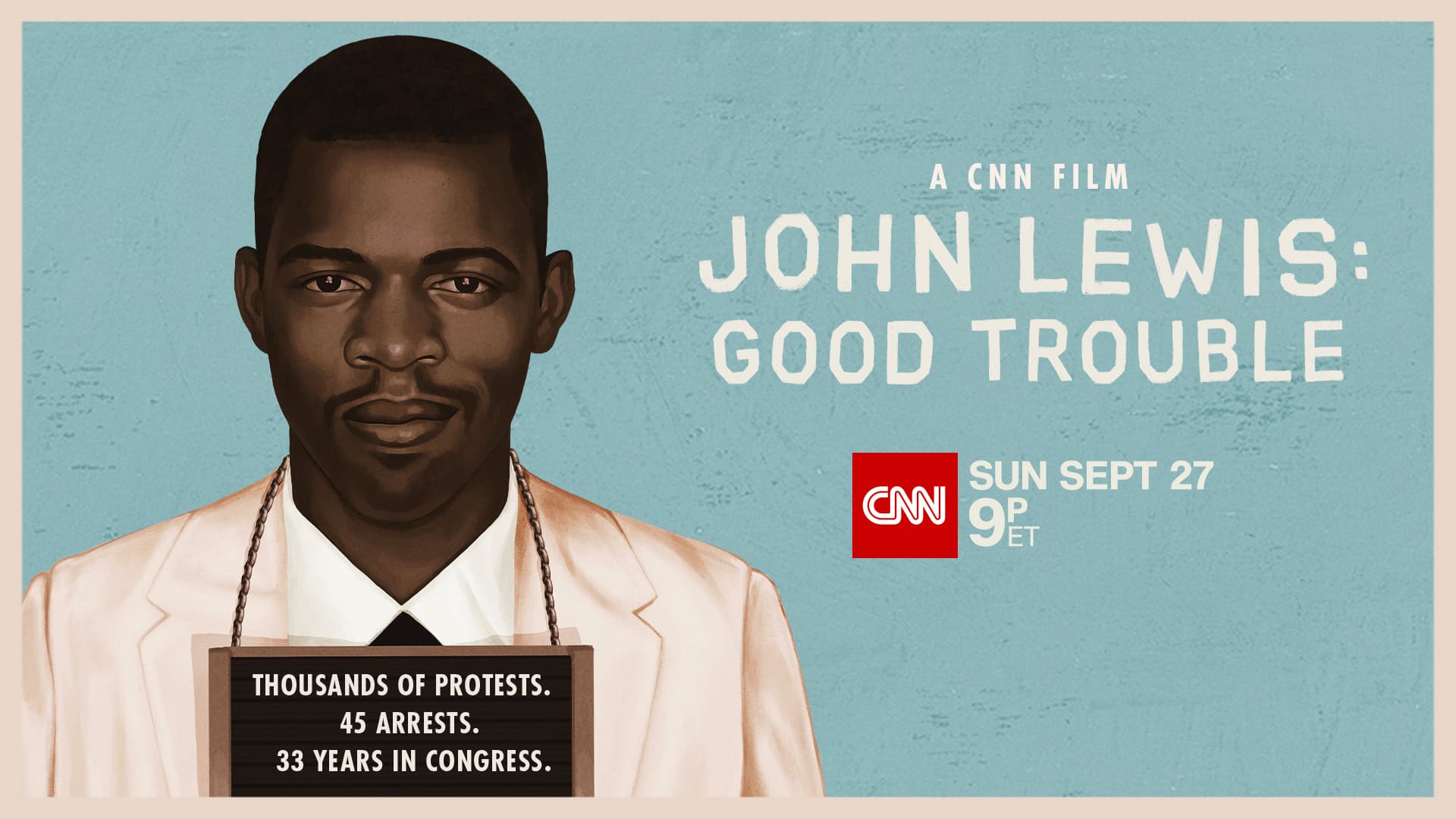 When and how to watch JOHN LEWIS: GOOD TROUBLE on CNN – beginning Sunday, Sept 27

Viewers will learn more about the history of the struggles for voting rights in America.

Viewers can join the social media conversation about the film by using #JohnLewisIsGoodTrouble and following @CNNFilms via Twitter.

The documentary will be available beginning Monday, Sept. 28, on demand via cable/satellite systems, CNNgo platforms, and CNN mobile apps.

Following the availability on CNN, the film will stream via HBO Max, beginning Oct. 27.