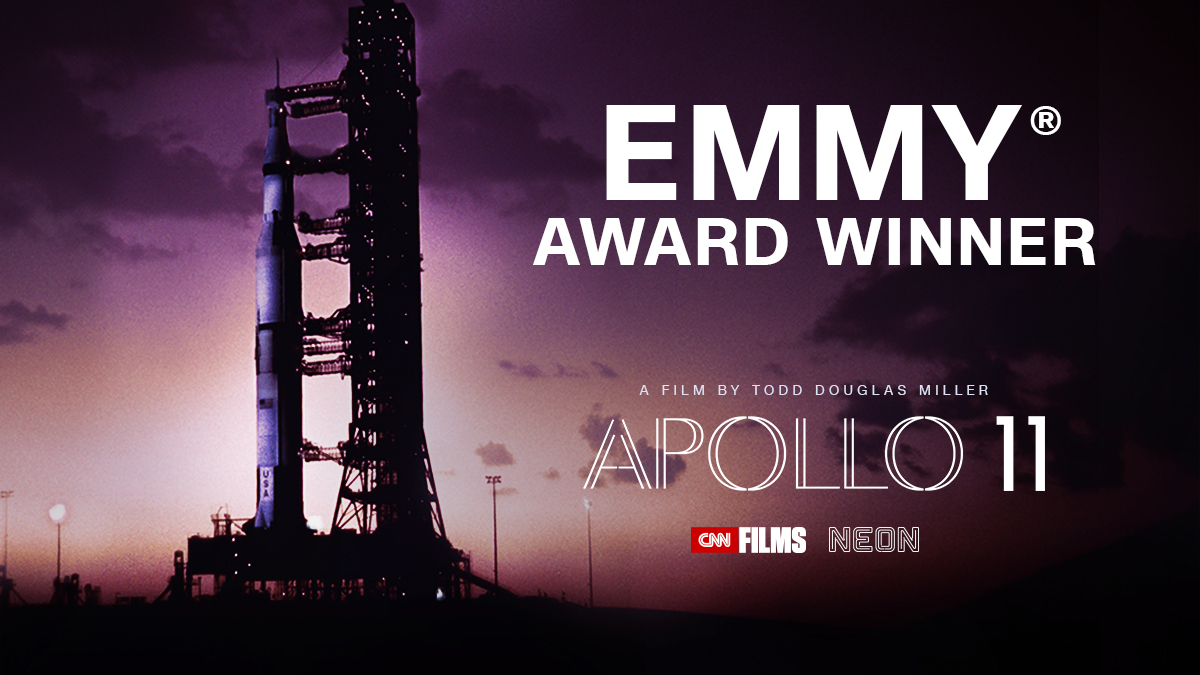 CNN Films’ APOLLO 11 was honored with 3 Emmys® on night one of the 2020 Creative Arts ceremonies of the 72nd Primetime Emmy® Awards, hosted by the Television Academy and held virtually on Monday evening, Sept. 14, from Los Angeles.

This is a record number of Emmy® wins for a CNN Film since the franchise was established.  The film won in the sound categories for nonfiction/reality programming and also won outstanding picture editing for a nonfiction program:

Outstanding Sound Editing for a Nonfiction or Reality Program

Outstanding Sound Mixing for a Nonfiction or Reality Program

APOLLO 11, directed by award-winning filmmaker Todd Douglas Miller, captured the tense, thrilling days of humanity’s first lunar mission, now 51 years ago.  The all-archival film is primarily comprised from 70mm film footage and more than 11,000 hours of audio recordings.  Miller and his team worked with the U.S. National Archives and NASA to digitize and restore all sources of material related to the original 1969 Apollo 11 mission.