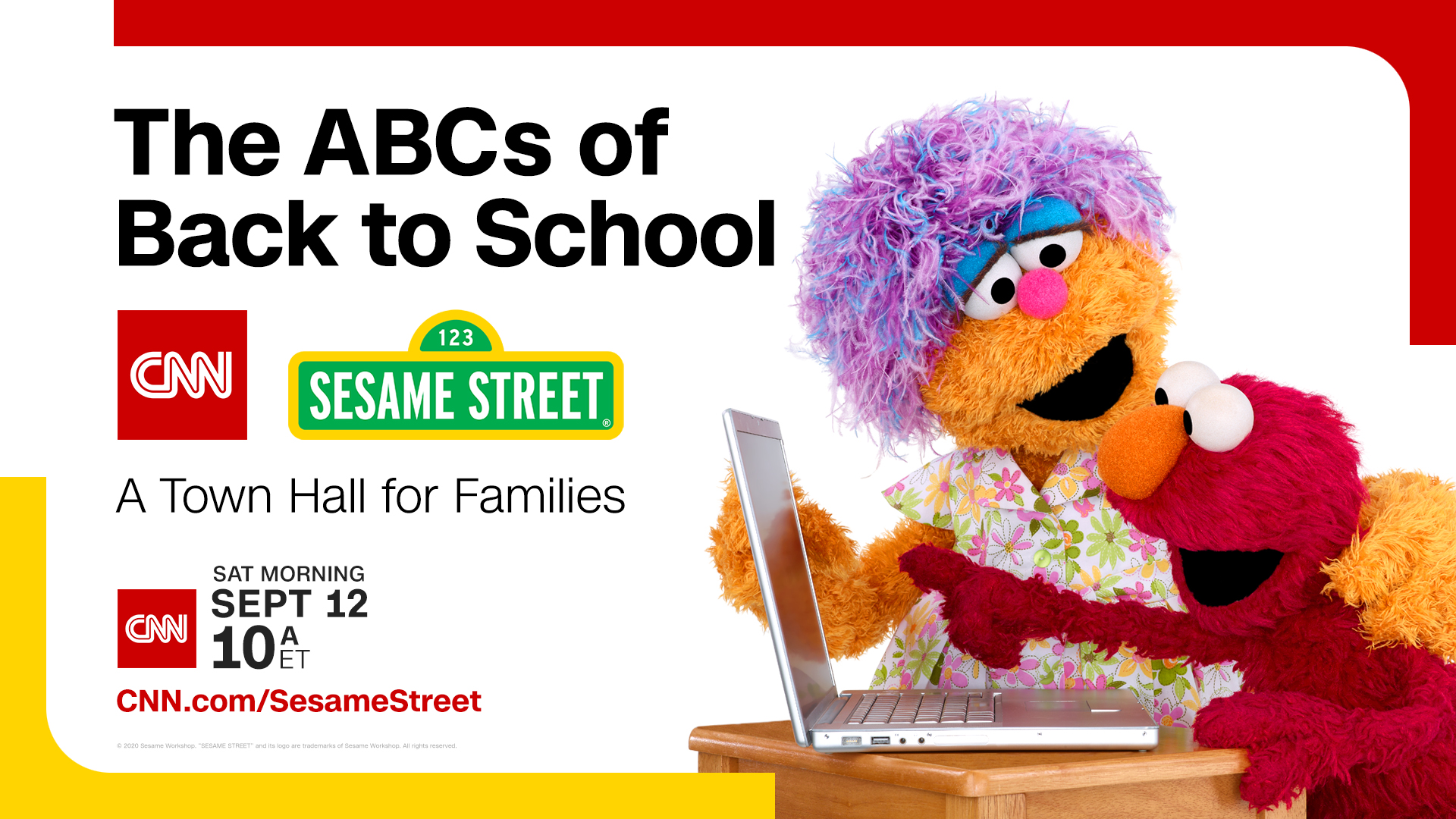 CNN and Sesame Street team up this Saturday for a new Town Hall tackling all things back-to-school, from staying healthy in classrooms to making the most of remote learning. The hour-long special, The ABCs of Back to School, will be hosted by CNN’s Chief Medical Correspondent Dr. Sanjay Gupta and Anchor Erica Hill along with Sesame Street’s Big Bird on Saturday, September 12 at 10 a.m. ET on CNN, CNN International, and CNN en Español.

Sesame Street Muppets join school-aged children in a variety of learning environments, with Elmo going to preschool during the week, Big Bird in hybrid learning, and Rosita fully remote. The trio will be joined by Abby Cadabby and her brother Rudy, Super Grover, and other friends from Sesame Street, along with Sesame Workshop’s Vice President and Education Publisher for Sesame Learning Akimi Gibson.

The special will stream live without requiring a log-in on CNN.com’s homepage and across mobile devices via CNN’s apps for iOS and Android. It can also be viewed on CNNgo (at CNN.com/go on your desktop, smartphone, and iPad and via CNNgo apps for Apple TV, Roku, Amazon Fire, Chromecast, and Android TV) and will be available on demand to subscribers via cable/satellite systems, CNNgo platforms, and CNN mobile apps.

Funding for The ABCs of Back to School is provided in part by the Walton Family Foundation, a supporter of Sesame Workshop’s Caring for Each Other back-to-school resources.

About Sesame Workshop
Sesame Workshop is the nonprofit educational organization behind Sesame Street, the pioneering television show that has been reaching and teaching children since 1969. Today, Sesame Workshop is an innovative force for change, with a mission to help kids everywhere grow smarter, stronger, and kinder. We’re present in more than 150 countries, serving vulnerable children through a wide range of media, formal education, and philanthropically funded social impact programs, each grounded in rigorous research and tailored to the needs and cultures of the communities we serve. For more information, please visit www.sesameworkshop.org.