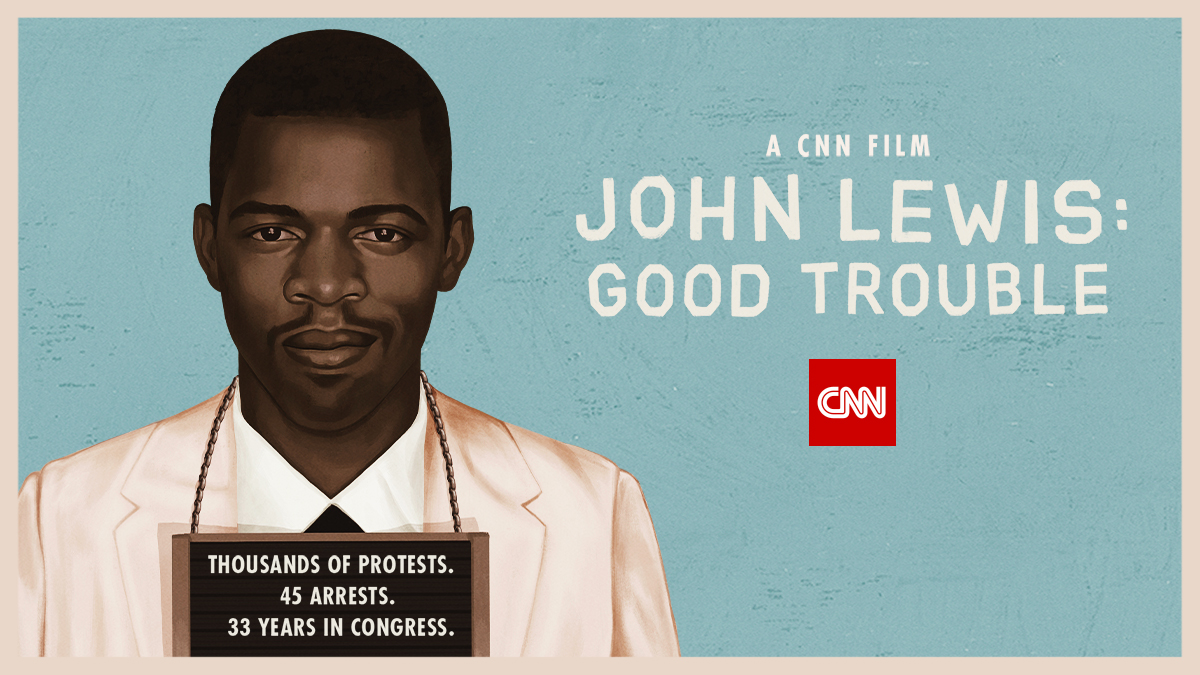 The feature was executive produced and financed by CNN Films, AGC Studios, TIME Studios, and JustFilms/Ford Foundation.  Magnolia Pictures and Participant originally distributed the film domestically, including to theaters and on demand services.  JOHN LEWIS: GOOD TROUBLE was also an official selection of the 2020 Tribeca Film Festival.

“It was such an honor to create this film alongside Amy Entelis, Courtney Sexton, and Alex Hannibal, three women I admire so much.  Spending a year filming with the Congressman was a thrilling experience that I will always treasure.  I am so grateful that he was able to see the film before he passed, and to understand how much he was loved.  I hope you will join me and get into ‘Good Trouble’ in his memory,” said director Dawn Porter.

Rare archival footage from Lewis’ more than 60 years of social activism and legislative action yields new perspectives on historic events.  Lewis himself, and others, movingly recount his now-legendary 1965 march across the Edmund Pettus Bridge in Selma, Ala., for voting rights.  The film also reflects on Lewis’ emotional commemoration of the 50th anniversary of that seminal event, accompanied by Presidents George W. Bush and Barack Obama, the nation’s first Black president.

“Dawn’s work beautifully illuminates Congressman John Lewis’s exemplary life, his civil rights legacy, and how he continues to inspire,” said Amy Entelis, executive vice president for talent and content development for CNN Worldwide.  Entelis and Courtney Sexton, senior vice president for CNN Films, are executive producers for the documentary.  “We are deeply appreciative to Rep. Lewis for trusting us to produce this film about his lifelong mission for human dignity for all.  It has been an honor,” Entelis said.

Throughout the film, Porter deftly weaves Lewis’s recollections in his own words: his happy rural Alabama childhood, surrounded by a large and loving family, his fateful first meeting with Dr. Martin Luther King, Jr., his horror at the lynching of Emmett Till that ignited the national conscience, and his accomplished legislative record.  Porter also examines Lewis’s contentious political rivalry with fellow civil rights icon Julian Bond, his mentorship of his staff and new Congressional colleagues, and his marriage of partners with his beloved late wife, Lillian Miles Lewis.

During the Sept. 27 premiere on CNN, JOHN LEWIS: Good Trouble will stream live for subscribers via CNNgo (CNN.com/go and via CNNgo apps for Apple TV, Roku, Amazon Fire, Chromecast, Samsung Smart TV, and Android TV) and on the CNN mobile apps for iOS and Android.  The film will be available beginning Monday, Sept. 28, on demand via cable/satellite systems, CNNgo platforms, and CNN mobile apps.  The film will encore Saturday, Oct. 3 at 9:00pm Eastern and Pacific.  Following the availability on CNN, the film will stream via HBO Max, beginning Oct. 27.