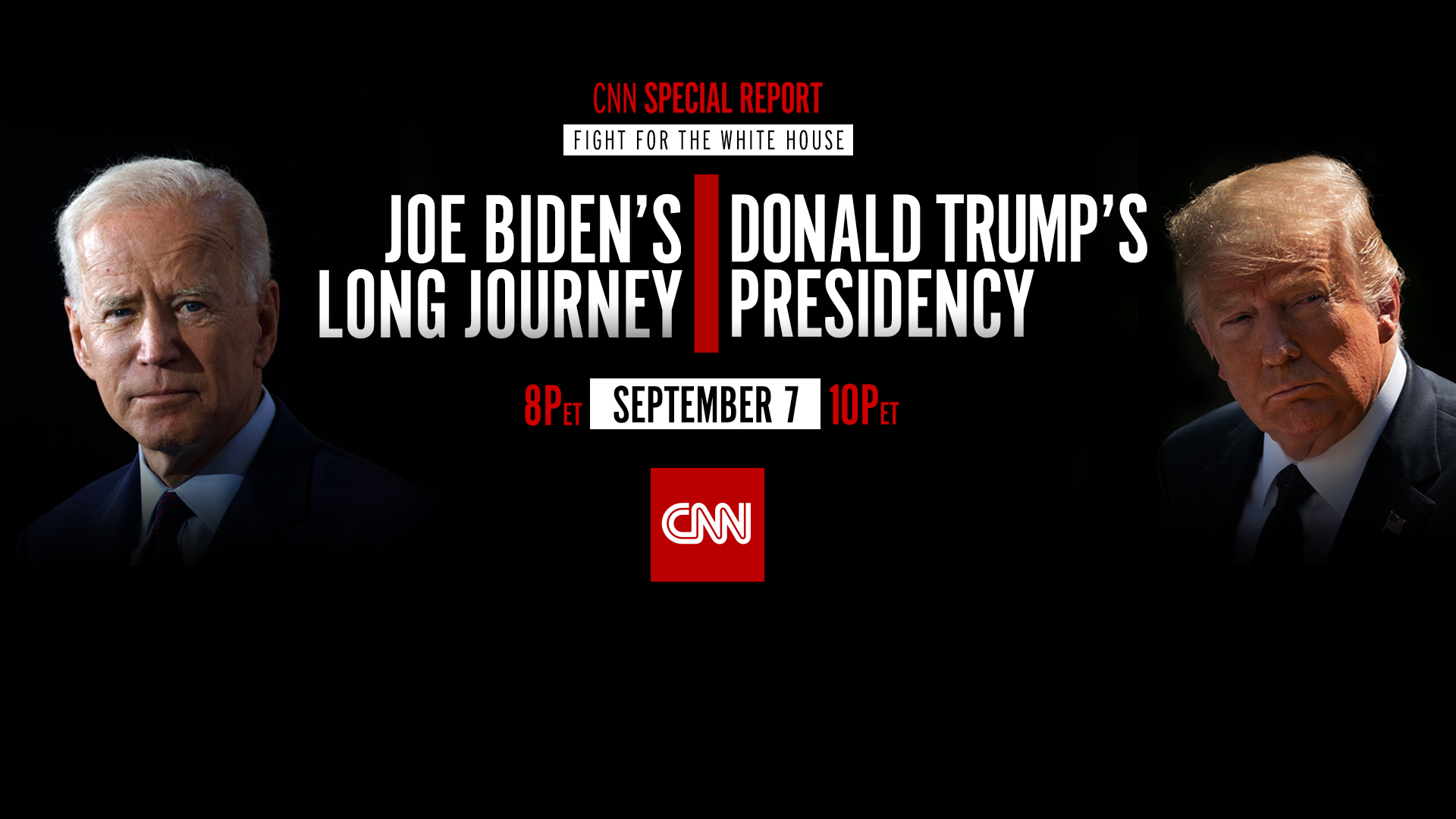 The 2020 race to become President of the United States is Joe Biden’s third run at the White House. From starting as a County Councilman in Delaware to becoming one of the youngest U.S. Senators in history to serving as Vice President for eight years, Biden, once again, has his sights set on the highest office in the land.

As one of the most controversial political candidates in American history, Donald J. Trump became an even more improbable president. A one-of-a-kind leader, shattering most every norm, boundary and expectation held of the office of the president of the United States, Donald Trump has left Americans and the world either protesting or celebrating perhaps the most polarizing president of our time.

In “Fight for the White House: Donald Trump’s Presidency,” airing from 10pm-12am ET, CNN Anchor Jake Tapper talks to a variety of former White House insiders, including Kellyanne Conway, John Bolton, Sean Spicer and more, taking a deep dive into the major moments that defined President Donald J. Trump’s first term. From the issues he vowed to tackle to the crises he was forced to confront, hear from the people who were there when it all happened.

Both special reports will stream live for subscribers on CNN.com’s homepage and across mobile devices via CNN’s apps for iOS and Android. It can also be viewed on CNNgo (at CNN.com/go on your desktop, smartphone, and iPad, and via CNNgo apps for Apple TV, Roku, Amazon Fire, SamsungSmart TV, Chromecast and Android TV). The specials will also be available on demand to subscribers via cable/satellite systems, CNNgo platforms and CNN mobile apps.