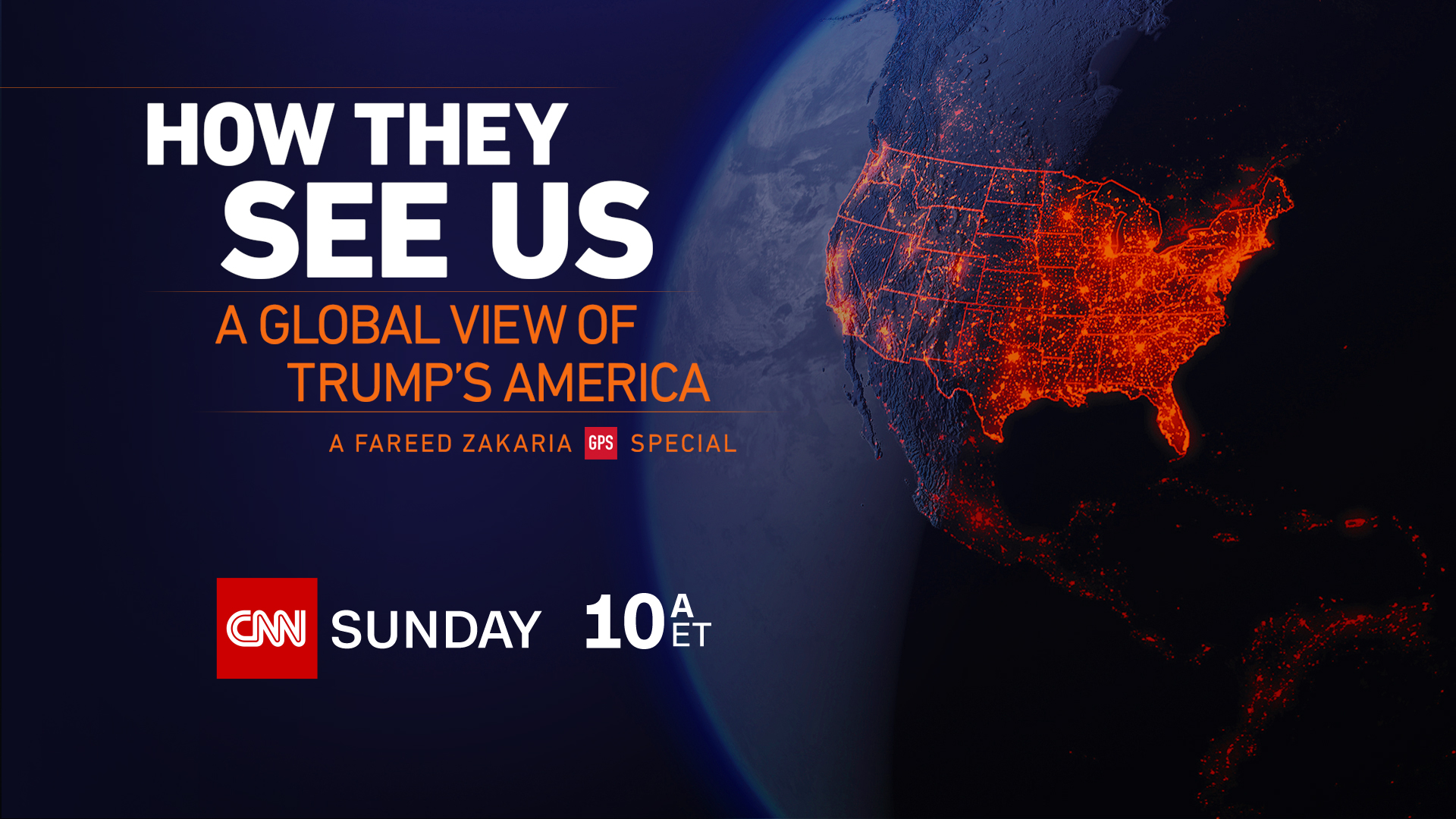 How They See Us: A Global View of Trump’s America – A Fareed Zakaria GPS Special premieres Sunday, Aug 30 at 10am and 1pm ET

As the U.S. presidential election switches to high gear, CNN’s Fareed Zakaria explores the view of America – from the outside world – for a special edition of Fareed Zakaria GPS .   How They See Us: A Global View of Trump’s America will premiere Sunday, Aug. 30 at 10:00am Eastern (7:00am Pacific), with encores at 1:00pm Eastern (10:00am Pacific).

America, says Zakaria, has fumbled its response to COVID-19, leading the world in both cases and deaths due to the disease, seemingly unable to lead a coordinated global effort, nor able to manage an effective domestic response to the unchecked pandemic spread.  And, the brutal killings of another Black man at the hands of police, has moved hundreds of thousands to the streets in the United States – and abroad.

Zakaria speaks to leaders in politics and economics about how the global community views America, and whether the United States can still be a leader-nation during uncertain times.

The one-hour broadcast How They See Us: A Global View of Trump’s America – A Fareed Zakaria GPS Special will air at 10:00am Eastern on CNN International for Sunday, Aug. 30, in North America.

During the Aug 30 premiere, How They See Us will stream live for subscribers via CNNgo (CNN.com/go and via CNNgo apps for Apple TV, Roku, Amazon Fire, Chromecast, Samsung Smart TV, and Android TV) and on the CNN mobile apps for iOS and Android.  Following the premiere, the special will be available via on demand for cable and satellite subscribers.