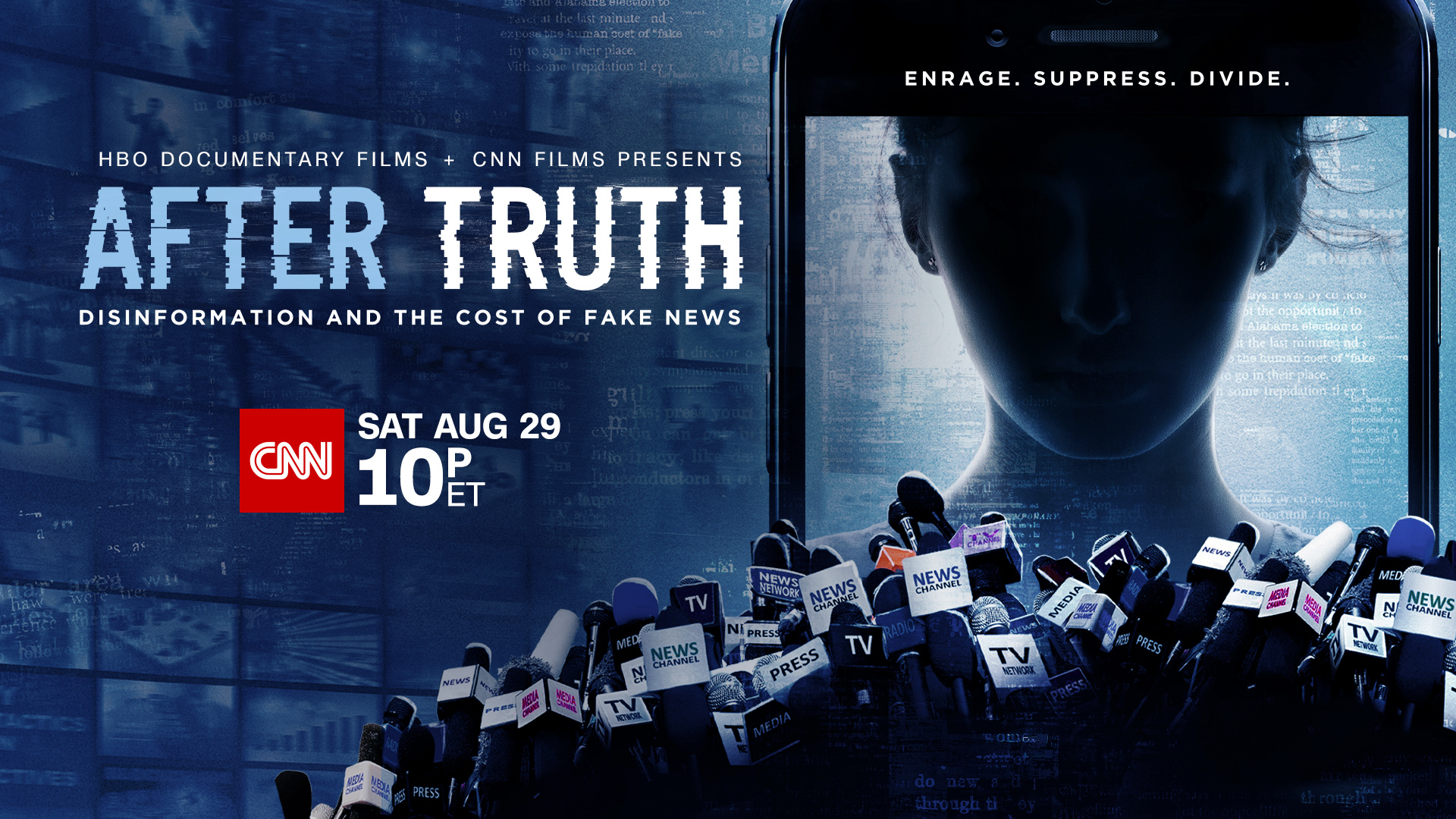 As America’s summer of discontent continues amidst a pandemic and civil rights protests, trusted information is more vital than ever.  Director and producer Andrew Rossi (IVORY TOWER, PAGE ONE: Inside The New York Times), explores the dark side of disinformation, or ‘fake news,’ in a new documentary executive produced by CNN’s Brian Stelter.  AFTER TRUTH: Disinformation and the Cost of Fake News, an HBO Documentary Films presentation of an Abstract Production, will broadcast as a CNN Films Presents feature Saturday, Aug 29 at 10:00pm Eastern (7:00pm Pacific).

Through exclusive interviews with purveyors and victims of fake news, Rossi reveals the terrible human toll of false information, Russian troll farm-disseminated sentiment, and manipulated videos (so-called “deep fakes”), across partisan lines.  Consumers have come to know many of these conspiracy theories by their shorthand labels, “QAnon,” “Pizzagate,” “birtherism,” “Wikileaks,” and more.  In August 2019, nearly a year prior to the 2020 national election, the FBI determined these fringe theories to pose such a threat to democracy, they are classified as potential forms of domestic terrorism.

AFTER TRUTH: Disinformation and the Cost of Fake News is an Abstract Production documentary, co-produced by Adam McGill and edited by Cindy Lee.  The music is by Ian Hultquist.  For HBO: executive producers, Lisa Heller and Nancy Abraham; senior producer, Sara Rodriguez.

During the Aug 29 premiere on CNN, AFTER TRUTH: Disinformation and the Cost of Fake News will stream live for subscribers via CNNgo (CNN.com/go and via CNNgo apps for Apple TV, Roku, Amazon Fire, Chromecast, Samsung Smart TV, and Android TV) and on the CNN mobile apps for iOS and Android.  Following the linear basic cable premiere on CNN, the film will stream exclusively via HBO Max.