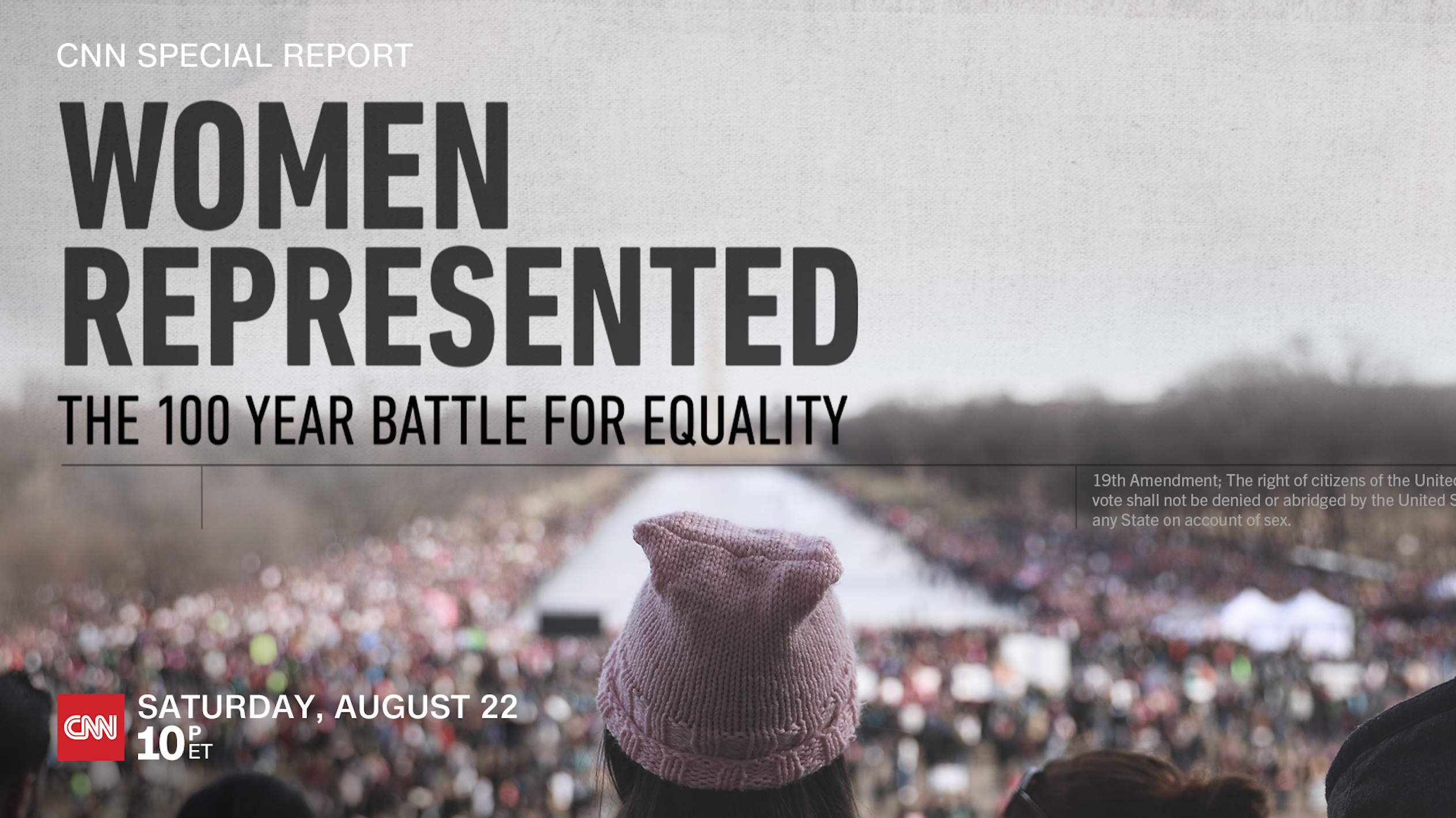 It’s been 100 years since the ratification of the 19th amendment giving women the legal right to vote in the United States.  But how far have we really come towards gender equality in America?  On the centennial anniversary of this historic milestone, CNN’s Erin Burnett examines the current state of women’s rights in America and the complex history of the suffrage movement, including stories often left out of our history books. WOMEN REPRESENTED: The 100 Year Battle for Equality, airs Saturday August 22 at 10pmET.

In this 90-minute Special Report, Burnett gathers some of the most prominent feminist thinkers around the country to discuss why Americans haven’t elected a woman president, why women are still paid less for equal work, and the legacy of the #MeToo movement.  Burnett is joined in this important conversation by women who have shattered glass ceilings across society including Jessica Alba, Amb. Carol Moseley Braun, Glennon Doyle, Carly Fiorina, Melinda Gates, Roxane Gay, Cecile Richards and more.

Northwestern Mutual, a leading financial services company, will serve as the presenting sponsor of WOMEN REPRESENTED: The 100 Year Battle for Equality, celebrating the centennial anniversary of women’s suffrage.

Special Report WOMEN REPRESENTED: The 100 Year Battle for Equality will stream live for subscribers the day of its premiere via CNNgo (at CNN.com/go and via CNNgo apps for Apple TV, Roku, Amazon Fire, Samsung Smart TV and Android TV) and on the CNN mobile apps for iOS and Android. It will also be available the day after the broadcast premiere on demand via cable/satellite systems, CNNgo platform and CNN mobile apps.