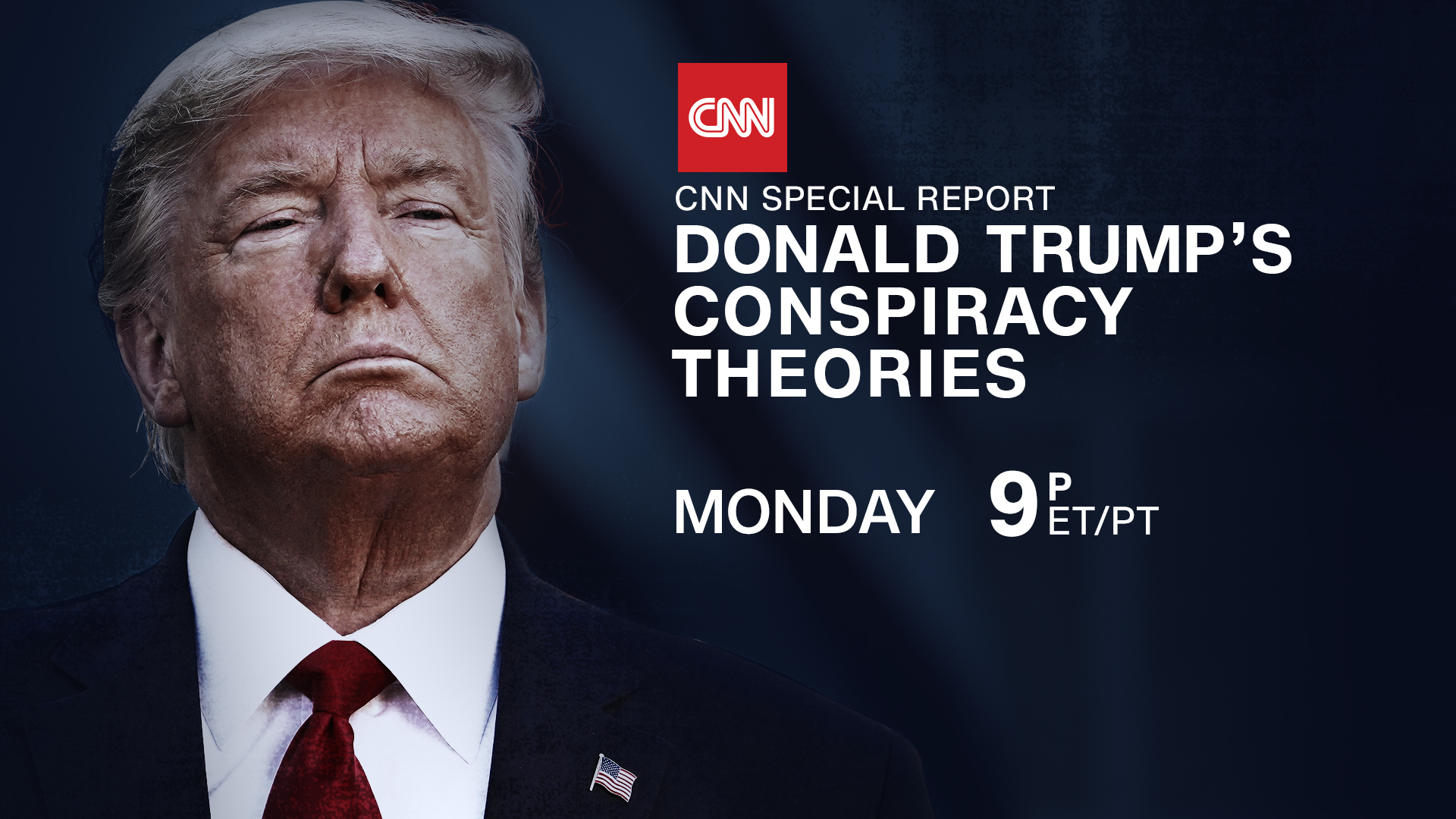 Donald Trump uses false conspiracy theories to damage perceived enemies, explain away poor polling numbers, or to cover up his own misdoings.  In a new primetime special, Donald Trump’s Conspiracy Theories, CNN’s Fareed Zakaria explores why some people are vulnerable to believing Trump’s conspiracy theories, and whether the damage the president has done to American institutions and global standing can be undone after he someday leaves office.

Although he didn’t invent the lie, Trump launched his political self-invention as the highest profile ‘birther,’ a peddler of the racist accusation that Barack Obama was not born in the United States.  The sitting U.S. president has also spun tales to explain away his polls, and shake the faith Americans have in the electoral process.  Trump has falsely tweeted that former President Barack Obama’s re-election in 2012 was a ‘total sham,’ and that Sen. Ted Cruz ‘stole’ the 2016 Iowa Republican caucus.  Trump has claimed, without evidence, that dead people and non-citizen voters are why Hillary Clinton won nearly three million votes more than he did in 2016.

Zakaria’s interviews with experts and historians guide viewers through other conspiracy theories and their propagators, from Sen. Joseph McCarthy’s (R-WI) ‘red scare’ of communists embedded in the federal government during the Cold War, to the prolific cottage industry of books, TV shows, movies, and other amateur ‘investigations’ that ‘explain’ the assassination of President John Kennedy, and other conspiracy theories.

Zakaria also discusses the challenge and the danger of America’s obsession with and susceptibility to conspiracy theories.  Most importantly, Zakaria asks, is Trump setting up a series of conspiracy theories to ensure that tens of millions of people refuse to accept the outcome of the 2020 election and throw America into a constitutional crisis like it may never have seen before?

During its July 20 premiere, Donald Trump’s Conspiracy Theories will stream live for subscribers via CNNgo (www.CNN.com/go and via CNNgo apps for AppleTV, Roku, Amazon Fire, Chromecast, Samsung Smart TV, and Android TV) and on the CNN mobile apps for iOS and Android.  The special will be available beginning Tuesday, July 21, on demand via cable/satellite systems, CNNgo platforms, and CNN mobile apps.