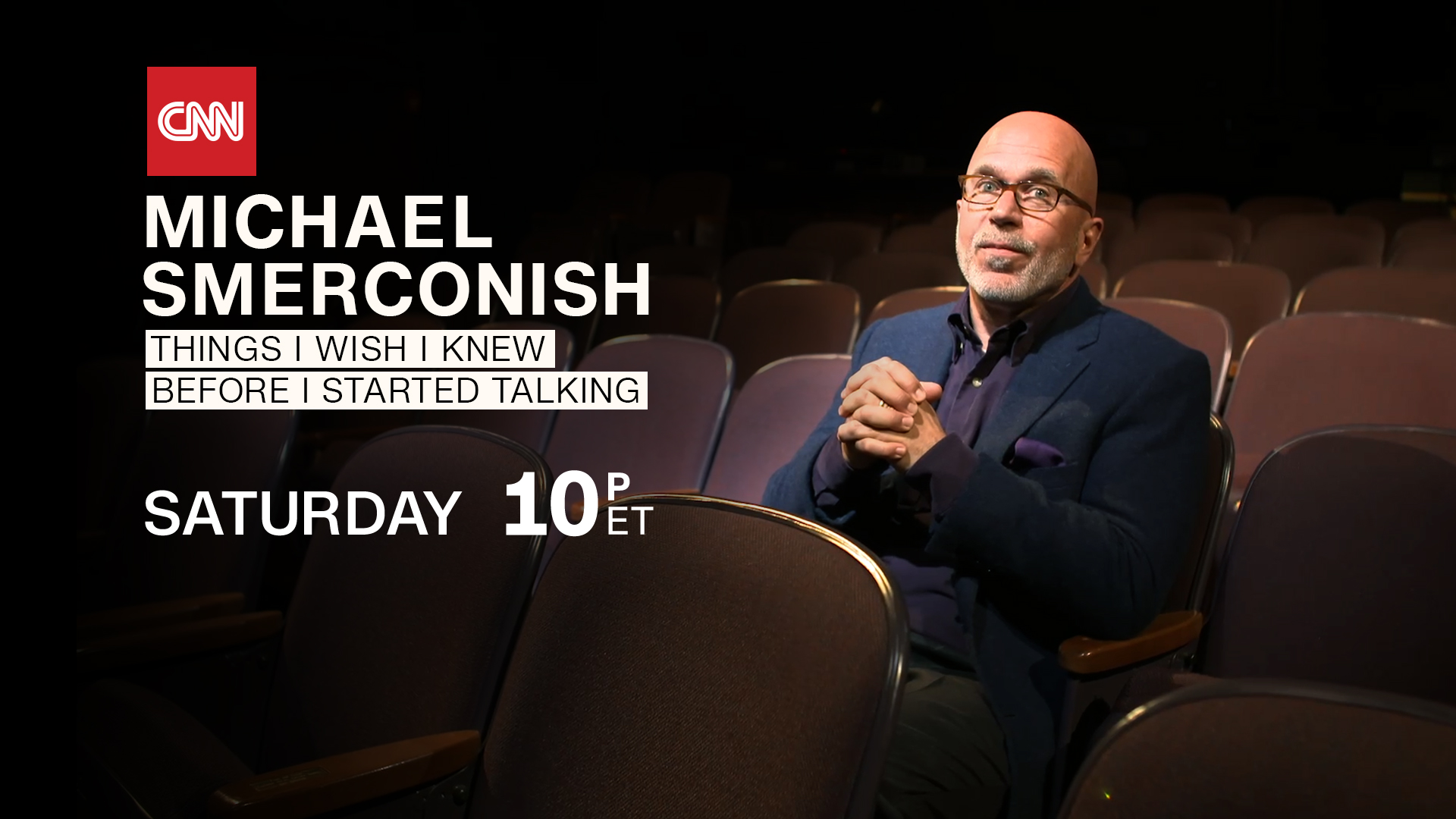 CNN Presents: Michael Smerconish –Things I Wish I Knew Before I Started Talking

To mark his memorable 30 years in talk radio, CNN and SIRIUS XM host Michael Smerconish presents Things I Wish I Knew Before I Started Talking on Saturday, July 11 at 10pm ET, providing viewers comical yet poignant storytelling not only tracing his acclaimed career, but offering his independent commentary on the impact of a polarizing media.

Smerconish walks viewers through his transition from a reliably Republican voter to a registered independent, illustrated by interview excerpts and anecdotes throughout his time in talk radio and television as a political commentator. He ultimately argues the Republican party today does not resemble the one he joined in 1980, largely due to politicians taking cues from the media.

Originally intended for two sold-out audiences and later a nationwide tour, due to COVID-19 the shows were canceled and tickets were refunded. Smerconish then prepared and recorded the program at the historic – and empty – Bucks County Playhouse in New Hope, Pa. with a crew taking all necessary precautions.

Things I Wish I Knew Before I Started Talking will stream live for subscribers on CNN.com’s homepage and across mobile devices via CNN’s apps for iOS and Android. It can also be viewed on CNNgo (at CNN.com/go on your desktop, smartphone, and iPad, and via CNNgo apps for Apple TV, Roku, Amazon Fire, SamsungSmart TV, Chromecast and Android TV). The special will also be available on demand to subscribers via cable/satellite systems, CNNgo platforms and CNN mobile apps.