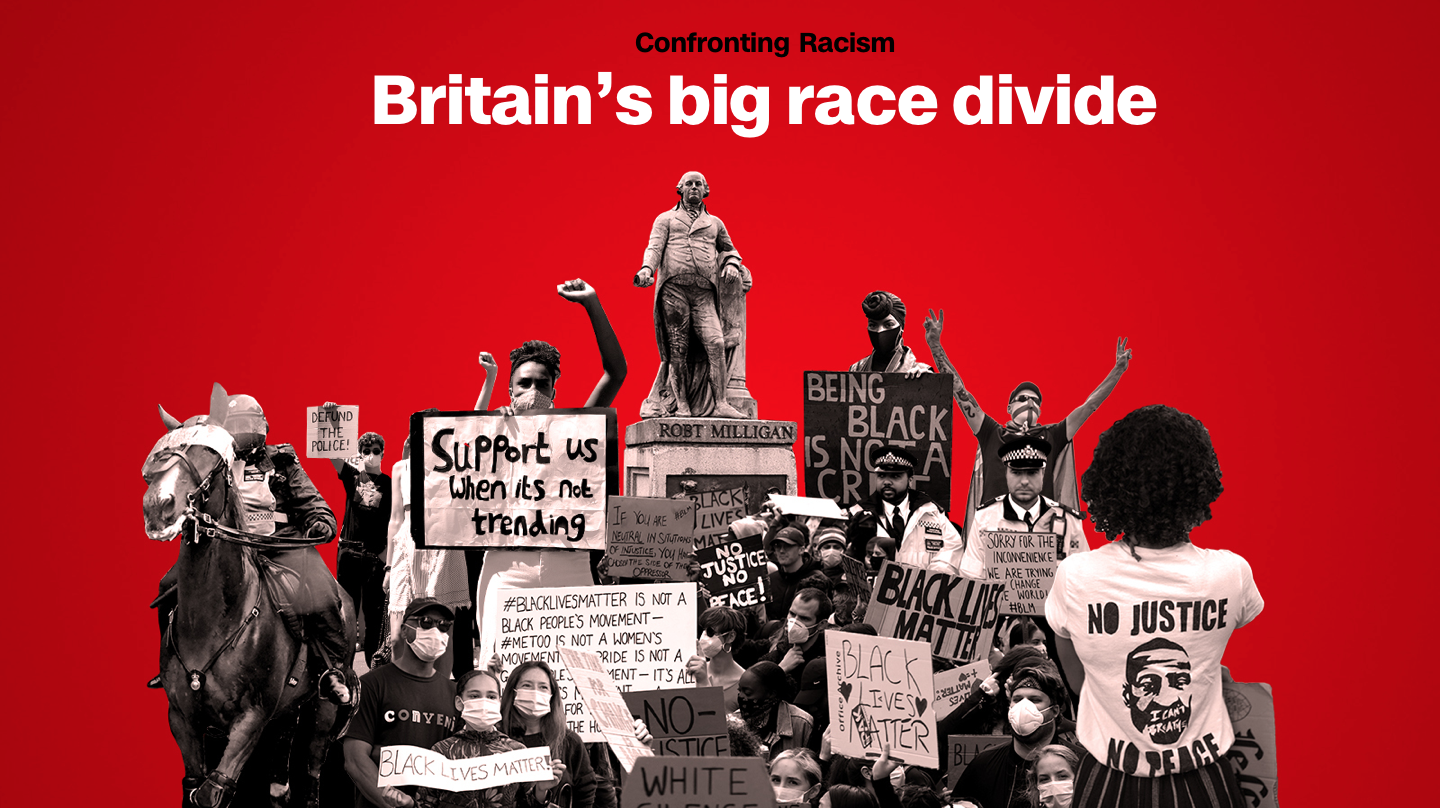 A new CNN/Savanta ComRes poll reveals stark differences between Black and White Britons when it comes to race and racism in the UK.

Black people are at least twice as likely as White people to say there is discrimination in British policing, British media and British politics, that the country has not done enough to address historic racial injustice, and that the country’s governing Conservative Party is institutionally racist.

The sweeping survey, carried out between June 12th and 14th, forms part of wider reporting on race and racism in the UK on CNN International and CNN Digital released today and throughout this week.

On removing statues of people involved in slave trade or colonization:

Black people are more than twice as likely as White people to say they are offended by statues of people involved in the slave trade or colonization: 66% of Black people said so, while only 30% of White people did.

Black people are twice as likely to support the removal of such statues by protesters: 60% of Black people support their removal, while only 28% White people do.

On representation of Black people in film and television:

Black people are more than twice as likely as White people to support the withdrawal of TV shows that use blackface, as the BBC did this month with the comedy “Little Britain.”

On the ruling Conservative Party and opposition Labour Party:

More than half (58%) of Black respondents to CNN’s poll said Boris Johnson’s Conservative Party is institutionally racist, although a significant minority (39%) of White people agreed.

On the Windrush scandal and historic racial injustices:

More than half (55%) of Black respondents said they did not trust that something like Windrush Scandal would not happen again.  55% of White people trusted it would not.

Black people are almost twice as likely (64%) as White people (35%) to say the UK has not done enough to address historical racial injustice.