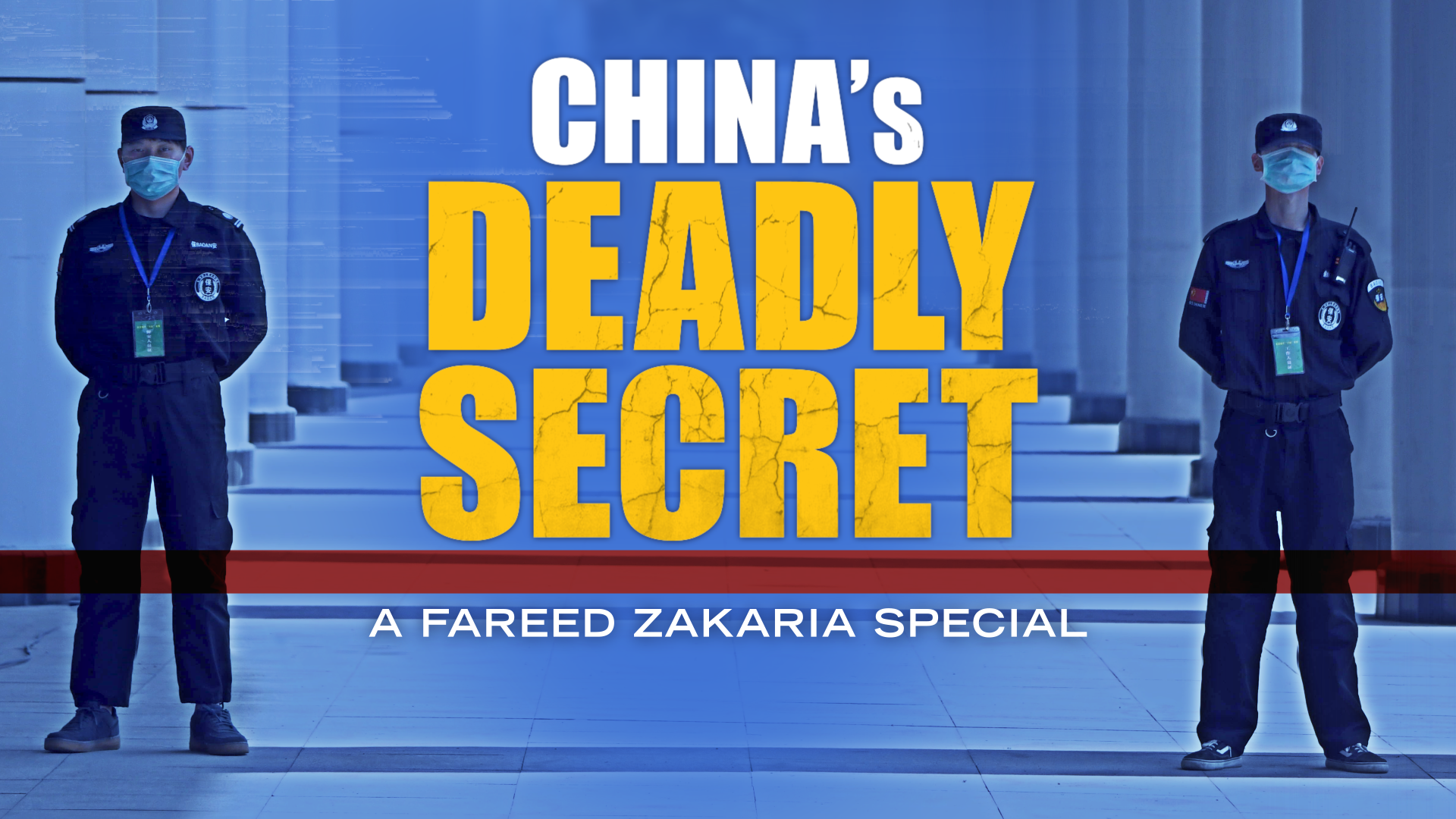 Fareed Zakaria Investigates What China Knew, and When, as COVID-19 Raced Around the World

In December 2019, as people around the world prepared to celebrate a new decade, a new viral pathogen, a novel coronavirus, had just successfully jumped into humans somewhere in Wuhan, China.  That index case launched an outbreak that swelled to a pandemic.  CNN’s Fareed Zakaria pulls back the curtain on the moment Chinese health authorities knew they were facing a new disease, one the World Health Organization would later designate ‘COVID-19.’

New York Times health and science reporter Donald McNeil, Jr (Zika: The Emerging Epidemic, 2016), has spent years tracking disease outbreaks around the world.  In December, Dr Li Wenliang, an ophthalmologist at China’s Wuhan Central Hospital sent urgent text messages to colleagues, alarmed by his observations of a ‘Sars-like’ illness among his patients.  He was interrogated by police and compelled to retract his warnings.

By the following month, McNeil tells Zakaria, the Chinese New Year, a quest for a Guinness world record, and a national communist celebration became kindling for a quickening of the dispersal of the virus.  China’s CDC dispatched an epidemic investigation team to Wuhan within days, yet, though the team reported the contagion was deadly and spreading, it still took six more critical days before China’s central government would disclose that the new virus had potential to incite a pandemic with the rest of the world.

Yanzhong Huang, professor and director for global health studies, Seton Hall University, senior fellow for global health at the Council on Foreign Relations (author, Toxic Politics: China’s Environmental Health Crisis and its Challenge to the Chinese State, Sept 2020), discusses how some early panicked steps China took to avoid drawing attention to the outbreak have backfired.  Eventually,  progress was made against the unseen enemy, but with hundreds of thousands of lost lives around the world, and catastrophic economic fallout associated with disease mitigation efforts, accusations of China’s responsibility for the pandemic have acquired serious geopolitical context.

Shortly before his death, Dr. Li reportedly said: “I believe there should be more than one voice in a healthy society.”  Author Elizabeth Economy (The Third Revolution: Xi Jinping and the New Chinese State, 2019), senior fellow and director for Asia studies at the Council on Foreign Relations, feels these prophetic words may have lasting resonance for Chinese people who will recall this era.

In his analysis, Zakaria argues that China’s early errors likely made a deadly outbreak worse.  At the same time, political paranoia, bureaucratic inaction, and bellicose accusations of whether COVID-19 originated from biological weapons research in a government or military lab, have likely added delays to vital data-sharing that may have improved outcomes.  Nations that underestimated the virus have paid a high price for misjudgments in lost lives.  A lack of coordinated global leadership compounded the original blunders.  As the world anticipates a new COVID-19 wave this fall, Zakaria asks, what has been lost – and, more importantly, what has been learned?

During the May 24 premiere, China’s Deadly Secret – A Fareed Zakaria Special will stream live for subscribers via CNNgo (CNN.com/go and via CNNgo apps for Apple TV, Roku, Amazon Fire, Chromecast, Samsung Smart TV, and Android TV) and on the CNN mobile apps for iOS and Android.  The special will be available beginning Monday, May 25, on demand via cable/satellite systems, CNNgo platforms, and CNN mobile apps for subscribers.