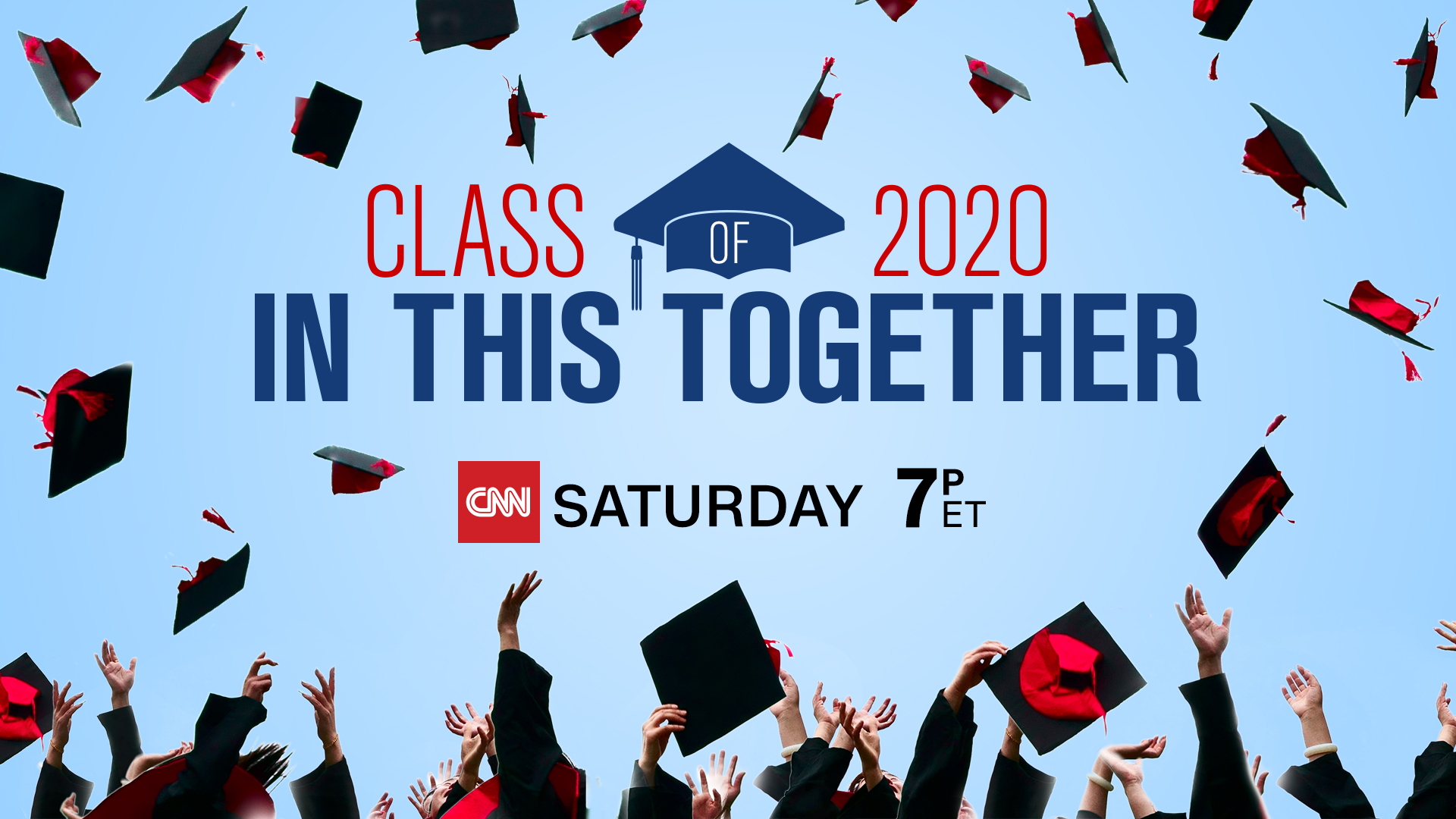 CNN Honors the Class of 2020 with Two Specials

Class of 2020: In This Together, hosted by CNN’s Erin Burnett, Don Lemon and Jake Tapper, will air worldwide Saturday, May 16th at 7pm, ET on CNN, CNN International and CNN en Español

CNN will simulcast Graduate Together: America Honors the High School Class of 2020 at 8pm, ET

This month, more than three million high school seniors across the nation will mark a major milestone in their lives that should be a time of celebration but will be largely overshadowed by the coronavirus pandemic. Given the overwhelming desire to recognize this year’s graduating seniors, CNN will air a two-hour, primetime special honoring the Class of 2020.

Class of 2020: In This Together will air worldwide on May 16th from 7pm, ET across CNN’s platforms in English and translated into Spanish. The first hour will be produced by CNN and focus on students and educators,inspiring stories, musical performances and words of encouragement from special guests including former President Bill Clinton, Amy Schumer, Jason Alexander, Gal Gadot, Jack Gilinsky, Henry Winkler, Alex Rodriguez, Keegan-Michael Key and Anthony Anderson with performances by Yo-Yo Ma, Bazzi and Foster the People.

At 8pm, CNN will simulcast Graduate Together: America Honors the High School Class of 2020, a special event that will include a collection of commencement messages, musical performances, and inspirational vignettes from a variety of guests including former President Barack Obama, LeBron James, the Jonas Brothers, Zendaya, Olivia Wilde, Ben Platt, Megan Rapinoe, Yara Shahidi, Lena Waithe, Pharrell Williams, Malala Yousafzai and much more. The one-hour, commercial-free event will be carried by more than 20 broadcast and cable networks and streaming channels throughout the U.S. Corporate and philanthropic giving associated with #GraduateTogether will benefit DonorsChoose and America’s Food Fund.

Graduate Together: America Honors the High School Class of 2020 will stream live, without requiring a cable log-in, on CNN.com’s homepage and across mobile devices via CNN’s apps for iOS and Android. It can also be viewed on CNNgo (at CNN.com/go on your desktop, smartphone, and iPad, and via CNNgo apps for Apple TV, Roku, Amazon Fire, Chromecast and Android TV). The special will also be available on demand to subscribers via cable/satellite systems, CNNgo platforms and CNN mobile apps.