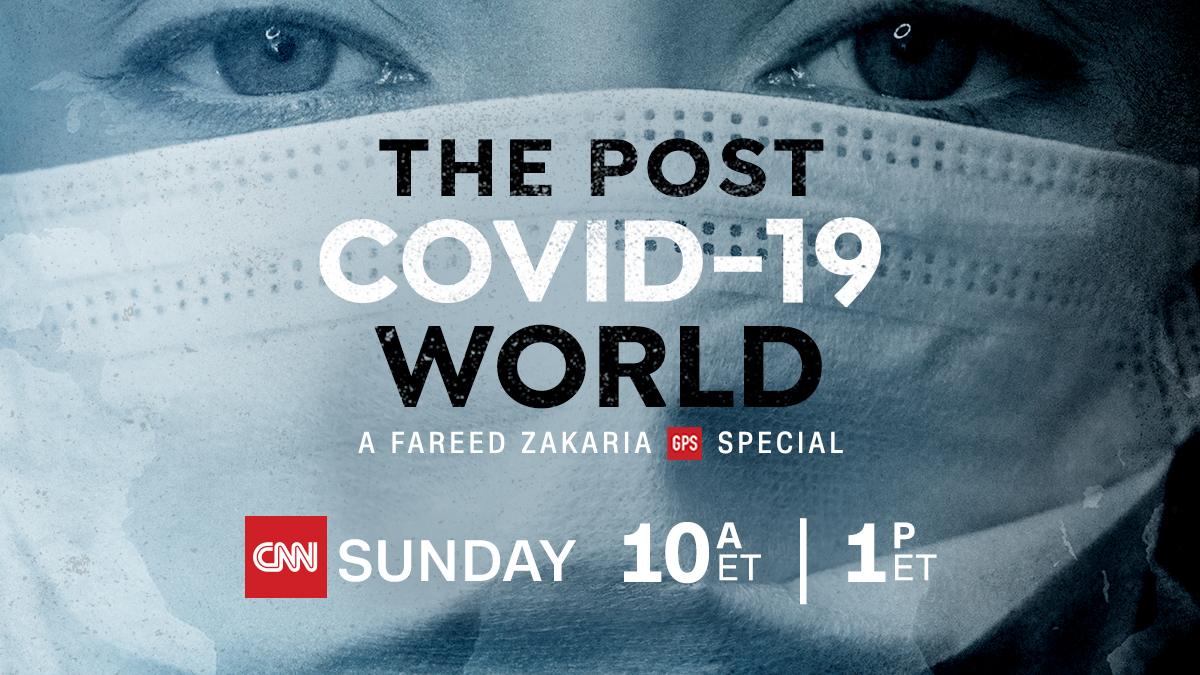 The Post-COVID World: A Fareed Zakaria GPS Special airs Sunday, May 10 at 10am and 11pm Eastern

The global pandemic of the novel coronavirus known as COVID-19 has altered the life of almost every person on the planet.  The worldwide public health crisis has sickened millions, prematurely ended hundreds of thousands of lives, altered perceptions of essential jobs and services for modern societies, and changed the way people worship, travel, work, learn…and live.  CNN’s Fareed Zakaria takes a look at how experts envision the different world that will emerge from the crisis.  Will there be a new geopolitical power alignment?  Who will emerge as leaders in different nations around the globe?  How will global economics be shifted and how will the world’s cities change?