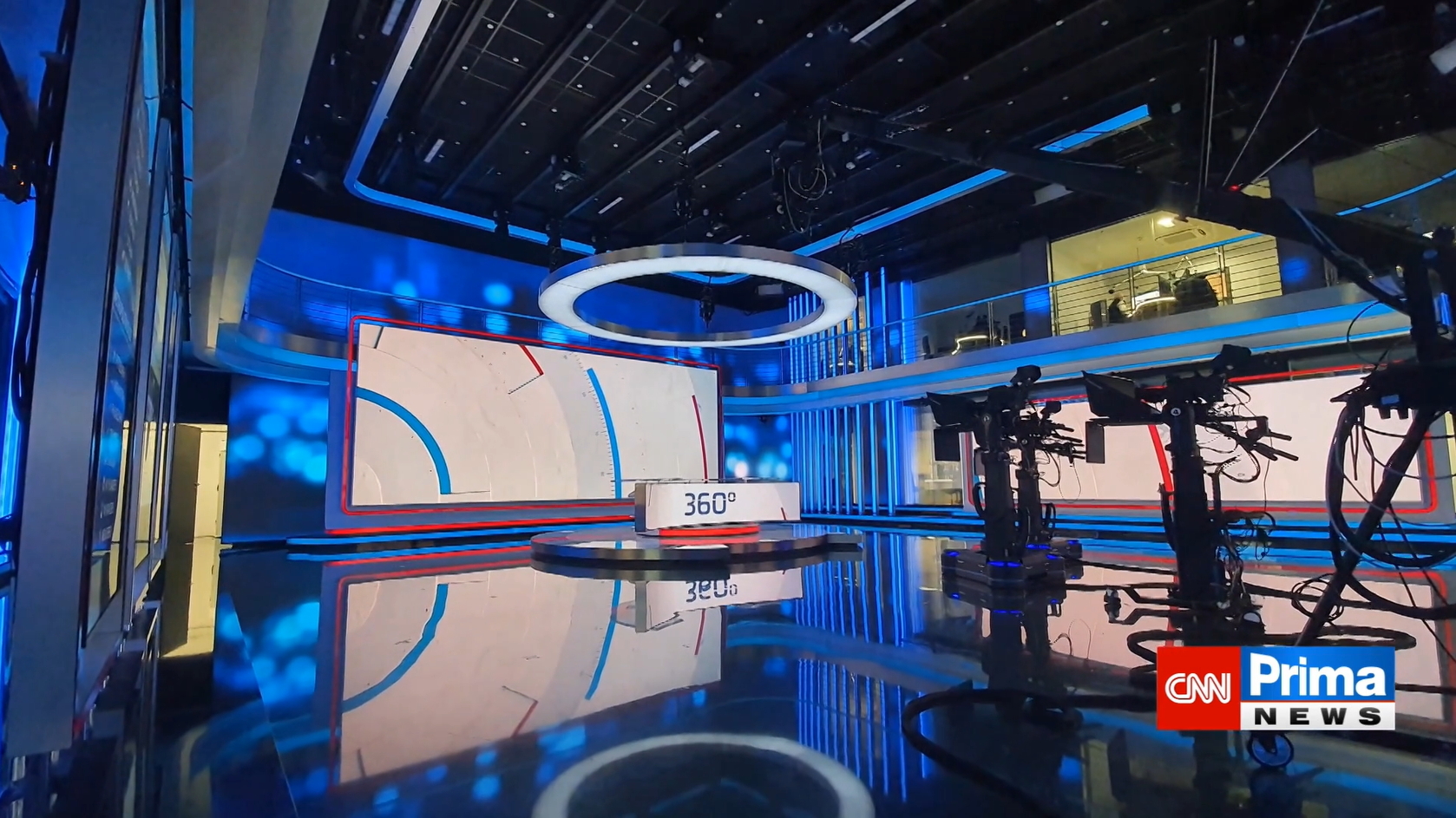 A local version of CNN debuted in the Czech Republic last night as the launch of CNN Prima NEWS brought national and international news to audiences across the country.

CNN Prima NEWS has launched with a mission to deliver impartial and agenda-setting journalism via TV and digital platforms. Broadcast in Czech, CNN Prima NEWS content is produced by a dedicated team of almost 100 journalists, many of whom are well-known figures in Czech journalism. The operation also boasts the largest and most modern studio in Central Europe, located at a new state-of-the-art hub in Prague. In addition to the network’s original content, CNN Prima NEWS will broadcast flagship CNN International shows Quest Means Business and Amanpour.

CNN Prima NEWS is available across the Czech Republic via terrestrial and pay-TV, with additional content available at www.cnn.iprima.cz and on social media. The channel is also available in Slovakia via pay TV.

The launch creates a new CNN affiliate partner with significant editorial resources to report on major news and events from the Czech Republic. CNN Prima NEWS operates through an agreement between Prima Group, one of the leading media companies in the Czech Republic, and CNN International Commercial (CNNIC) to license the CNN brand and access content and programming from across the CNN portfolio. Ahead of the launch, CNN worked closely with CNN Prima NEWS to prepare infrastructure and provide training and consultancy in areas such as content production and newsroom standards and practices.

Commenting on the launch, Kostas Oikonomou, Vice President of Strategic Partnerships at CNN International Commercial, said, “We work with media companies around the world and are pleased that CNN Prima NEWS is the latest addition to this global affiliate network. Through this licensing agreement, we have worked closely with Prima to prepare infrastructure and provide training and consultancy, and we are delighted to see a local version of the world’s most prestigious news brand launching in the Czech Republic.”

Marek Singer, CEO of Prima Group added: “We are thrilled for the launch of CNN Prima NEWS. It is undoubtedly one of the biggest media events, offering original Czech broadcasts and content seven days a week. CNN Prima NEWS consists of almost 30 programs, a new prime time news hour, more than 40 anchors, the largest and most modern studio in Central Europe and a new online platform. The focus for launch will be on live primetime programming, with further programmes continually added to the schedule.

The Prima Group was established in 1993 as the first commercial Czech TV station. The company currently broadcasts 8 TV channels and 6 radio stations and has a broad portfolio of websites and printed magazines. It is a leader on the Czech market in HBBTV. The Prima Group has held more than 11 public events since 2016. The average monthly reach of all of the stations and online platforms of the Prima Group in 2019 is approximately 100% of the economically-active population ages (15–69 age group), thanks to which the Prima Group is one of the strongest media companies in the Czech Republic. www.iprima.cz