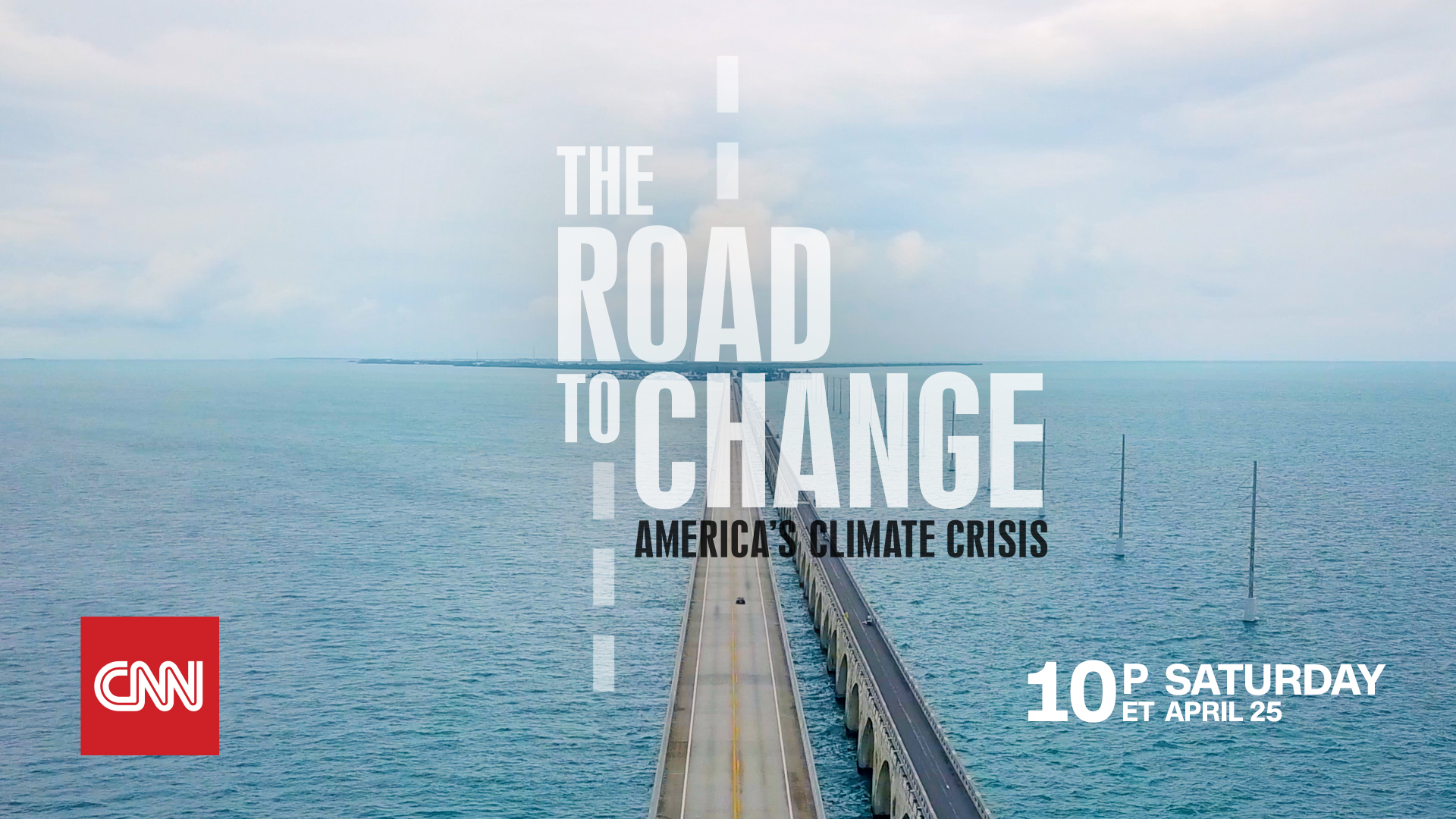 After taking viewers on exotic journeys around the world, CNN’s Bill Weir takes his unique storytelling style on an American road trip to explore how the climate crisis is already transforming life as we know it.  In this 90-minute special, Weir journeys from Alaskan glaciers to the Florida Keys, from western wildfires to the struggling heartland, and explains how the dominos of disaster could fall sooner than most of us realize. He speaks candidly with scientists and farmers, deniers and activists, as well as ordinary Americans confronting the real and often devastating impacts of a warming planet.  The Road To Change: America’s Climate Crisis premieres Saturday, April 25 at 10pmET on CNN.

Bill Weir became CNN’s first Chief Climate Correspondent in 2019 and while filming this very personal, year-long project, he discovered how the climate crisis will eventually touch every aspect of our lives; the social, financial, political and psychological aspects of the greatest challenge humanity has ever faced.  His interviews include an array of the country’s top climate scientists, leaders and thinkers, including former Vice President Al Gore, Greta Thunberg and climate change psychologist Renee Lertzman and he explores how fossil fuel giants and political allies have sowed the seeds of denial. Weir’s one-of-a-kind journey searches for possible solutions that could help younger generations avoid the worst case pain.

The Road to Change: America’s Climate Crisis  will stream live for subscribers the day of its premiere via CNNgo (at CNN.com/go and via CNNgo apps for Apple TV, Roku, Amazon Fire, Samsung Smart TV and Android TV) and on the CNN mobile apps for iOS and Android. It will also be available the day after the broadcast premiere on demand via cable/satellite systems, CNNgo platform and CNN mobile apps.