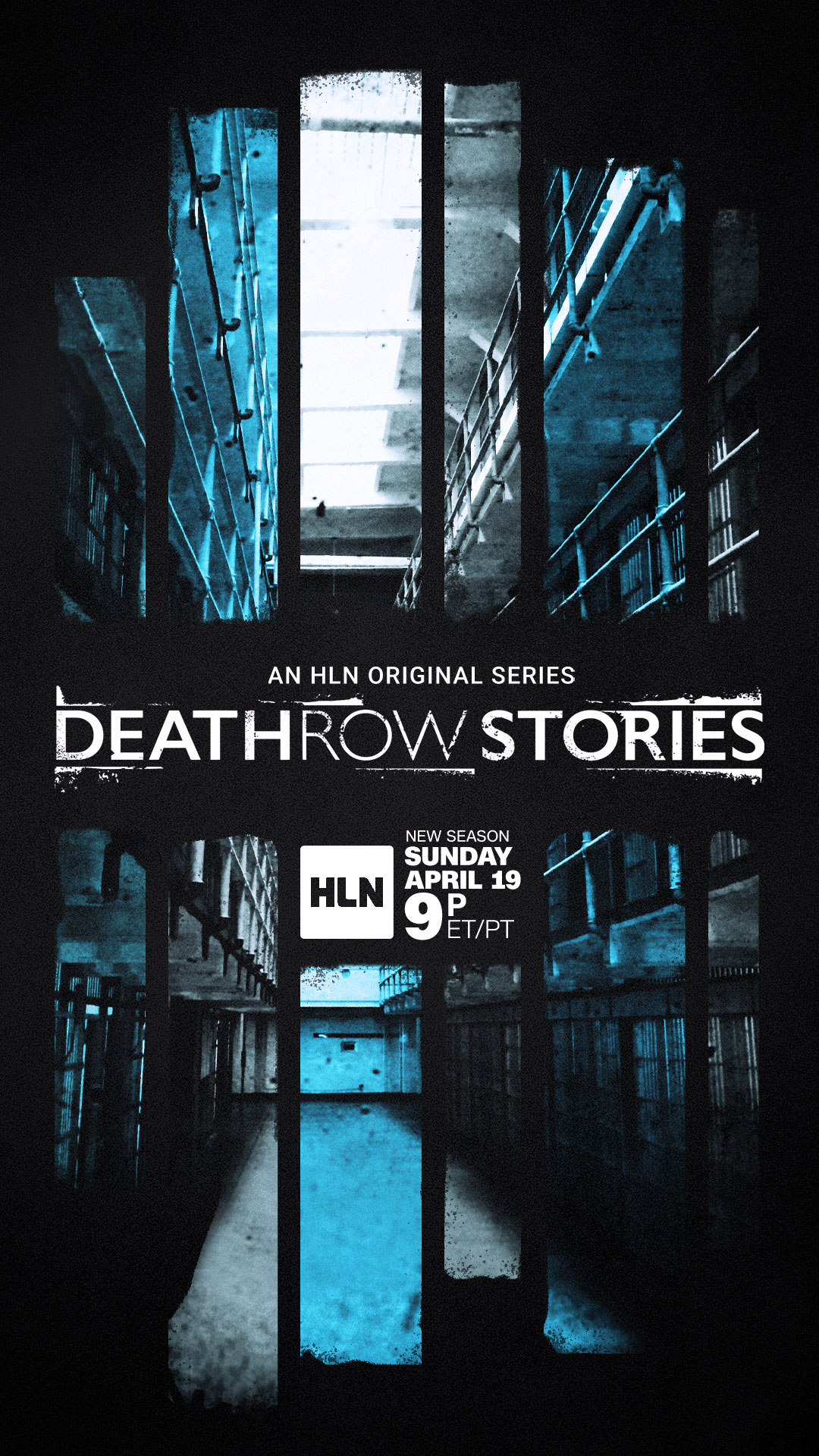 NEW YORK– April 9, 2020 Meet the men and women sentenced to die, the prosecutors pushing for their execution and those who fight for their freedom in HLN’s acclaimed series, Death Row Stories, returning for season 5 on April 19 with back-to-back episodes at 9pm and 10pm ET/PT.

Season five of Death Row Stories will stream live for subscribers via CNNgo (at CNN.com/go and via CNNgo apps for Apple TV, Roku, Amazon Fire, Samsung Smart TV and Android TV) and on the CNN mobile apps for iOS and Android. Additionally, all episodes will be available on demand the day after their broadcast premiere via cable/satellite systems.

Following are airdates and episode descriptions for season five of Death Row Stories (episode order is subject to change):

April 19, 2020 (season premiere) “The Lost Boy” An elderly couple’s double murder stuns a close-knit Ohio town. Sheriffs question local teenager Tyrone Noling, already on their radar for robbery. Evidence is thin and the case goes cold — until years later, when the DA’s office charges Tyrone with murder. Their case centers on the statements of three of Tyrone’s former friends, who finger him for the crime. Today, after 23 years on death row, Tyrone’s chance at an appeal is dwindling. But an unlikely coalition of journalists, lawyers, investigators, and Tyrone’s former accusers believe the DA’s office has built a false case against him. Can they save Tyrone’s life before time runs out?

April 19, 2020 “Tale of the Tape” When elderly store clerk Phillip Seifert is killed in a robbery, police have little evidence to go on — until an anonymous tip leads them to 18-year-old Jermaine Marlo Wright. A local drug dealer suspected in other shootings, Marlo is a likely perp. He soon confesses to the murder on tape, offering police details about the crime that only the killer would know. After it’s revealed that Marlo was high on heroin when he confessed, the courts question his conviction — but to this day, prosecutors and police insist they have the right man.

April 26, 2020 “Predator or Prey” When Amos Norwood’s body is found bludgeoned and burned in a Philadelphia cemetery, his family and friends are shocked. Norwood was a pillar of the community, known for working with youth through his church. Norwood’s stolen credit cards soon lead police to an equally unlikely suspect: college student Terry Williams. Popular and athletic, Terry seems to have everything going for him, but at trial, prosecutors argue he was a cold-blooded criminal who committed murder once before. On the eve of Terry’s execution, his appeals attorneys uncover a dark secret: Terry says he was a victim of brutal abuse at the hands of his victims. Did prosecutors conceal the truth — and is that reason enough to spare Terry’s life?

May 3, 2020 “Forensics by Fire” In August 1985, a quiet Philadelphia neighborhood is shattered by tragedy. A house goes up in flames, with two young boys trapped inside. Police and fire investigators suspect their father, Daniel Dougherty, intentionally set the fire, but they don’t have the evidence to arrest him — until fourteen years later, when Daniel’s ex-wife comes forward to say he confessed to her. In the years since he ended up on death row, Daniel’s case has gone to trial an astonishing three times. Daniel claims the fire science that put him away is deeply flawed — but his own dark past, and lingering mysteries about the fire itself, make this anything but an open and shut case.

May 10, 2020 “Death By the Bayou” After Shreveport pizza delivery man Jarvis Griffin is shot and robbed outside his car, police round up eyewitnesses and tape their interrogations. 16-year-old Corey Williams becomes the prime suspect, and under questioning, police extract his confession. Prosecutor Hugo Holland handles the case for Caddo Parish, the county with the most death penalty convictions per capita in America, and Corey becomes the youngest person on Louisiana death row. But when a dogged team of defenders takes on his case, they learn that that not only is Corey’s confession questionable — but that hidden police interviews with other eyewitnesses point to another suspect.

May 17, 2020 “The Wrong Gun” In May 1992, four young men enter a park in Houston, Texas. Minutes later, one of them is dead from a bullet and a shotgun blast to the head. When police track down one of the surviving drug dealers, he names 17-year-old Nanon Williams as the shooter, and other witnesses back up the story. Nanon becomes one of just over thirty juveniles on death row in America, but he pleads his innocence. As his appeals attorneys reexamine the evidence, they learn that the state made a grave error: the bullet in the victim’s brain didn’t come from Nanon’s gun, but his co-defendant’s — a man who only served four years in prison. Prosecutors stand by the conviction, even as Nanon tries to prove he’s redeemed himself behind bars.

May 24, 2020 “The Hit That Wasn’t” When Tyreese Gamon is shot dead in broad daylight on a street corner, he becomes one of hundreds of murder victims in Philadelphia that year. Tyreese had a target on his back: he was slated to testify in a murder trial. Police follow the evidence to a suspected hitman named Donte Thomas. Despite his checkered past, Donte insists he’s no murderer — yet prosecutors sway a jury to sentence him to death. Years later, Donte’s appeals defender pokes holes in his original trial, including the phone allegedly used to orchestrate the hit and the failure of Donte’s original attorney to present crucial evidence.

May 31, 2020 “Once Bitten, Twice Tried” When single mother and Phoenix bartender Kim Ancona is found brutally stabbed to death, her passing tears her family apart. Combing the crime scene, police find an intriguing clue: bite marks on Kim’s body that suggest her attacker has crooked teeth. Detectives turn to Ray Krone, a local mailman with a damaged jaw. A renowned prosecutor pushes for a death sentence, but Ray’s family and appeals attorney refuse to give up hope. They win Ray another trial, forcing him to go up against the same bite mark science that put him away the first time. Ultimately, Ray’s freedom depends on the emerging science of DNA — and finding Kim’s true killer.