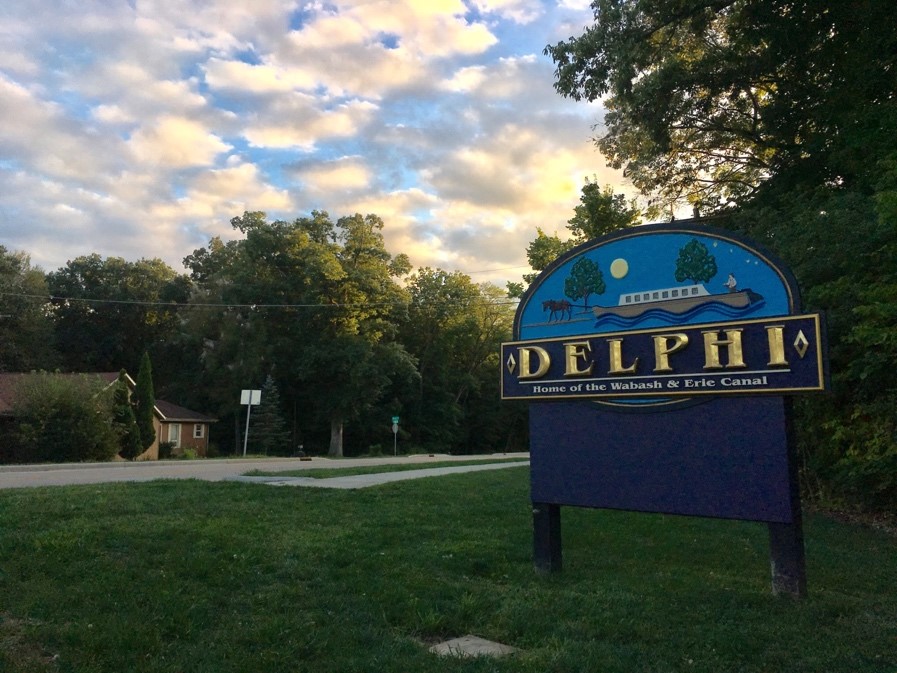 As media outlets across the globe re-played the ominous, grainy, two-second video captured by the victim’s phone of the alleged perpetrator saying, “down the hill,” theories and speculation ran rampant yet, three years later, the case remains open.

In the new, eight-chapter true crime podcast, Down The Hill: The Delphi Murders launching today, hosts Barbara MacDonald and Drew Iden, go on location to help unravel the mystery surrounding this horrifying crime which authorities believe is just one tip away from being solved.

“We have managed to permeate multiple corners of the community and have had conversations with people who have not spoken to the public at all or have spoken very little about it,” commented Iden. He added, “I think there’s a fear on the part of the families and people in town that this story is not being amplified as much anymore and people have moved on.”

MacDonald explains, “We want people to go through the story with us and really understand it. Not the rumor and inuendo, but the actual facts. And maybe that will lead to that final tip. The police say they need one more tip to put this all together.  Maybe someone who listens to this podcast will be that person. Even the state police have said, we can’t do this alone, we need the media. It’s going to take that national push to solve this.”

Home security provider SimpliSafe® will serve as a launch sponsor of the podcast.

DESCRIPTION: When Abigail Williams, 13 and Liberty German, 14 go for a walk in the woods of Delphi, Indiana a series of events are kicked off that, over the next 20 hours, will set off a massive search and send families into panic.

DESCRIPTION: As the search for Abby Williams and Libby German ends at a crime scene, the reality of what’s happened is worse than anyone could have imagined. A massive law enforcement presence arrives, and a double murder investigation begins.

Down The Hill: The Delphi Murders is the inaugural podcast from HLN (also known as CNN Headline News), the network that features live new programming and long form docu-series in the crime and investigations genre. Jointly produced by HLN and the WarnerMedia Podcast Network, the new original series is the latest addition to the company’s portfolio of leading audio content.

The first two chapters of the podcast are  available today (February 5), with subsequent chapters debuting every Wednesday through March 18. The podcast can be downloaded at  Apple Podcasts, Spotify, TuneIn, Google Podcasts or wherever you download your favorite podcasts.

About HLN
HLN features live coverage of national, regional, lifestyle, and entertainment stories in a fast-paced approachable tone with expert-led, personality driven hosts by day. Later in the schedule the network presents original and acquired series focusing on true crime, mysteries and investigations. HLN is a CNN Worldwide network reaching more than 90 million households in the U.S. CNN Worldwide, a WarnerMedia Company, is the most trusted source for news and information.

WarnerMedia is a leading media and entertainment company that creates and distributes premium and popular content from a diverse array of talented storytellers and journalists to global audiences through its consumer brands including: HBO, Warner Bros., TNT, TBS, CNN, DC Entertainment, New Line, Cartoon Network, Adult Swim, Turner Classic Movies, truTV and others. WarnerMedia is part of AT&T Inc. (NYSE:T).

About SimpliSafe
SimpliSafe fundamentally changed the alarm industry, pioneering a new way to make home the safest place on earth for everyone. Founded in 2006, SimpliSafe was the first to offer homeowners professional-grade monitored home security with no long-term contracts and at radically fair prices. SimpliSafe now protects over 3 million people. The company remains committed to its founding goal: to make every home secure.

SimpliSafe, SimpliCam and their respective logos are the registered trademarks of SimpliSafe, Inc. in the United States, UK and other countries.