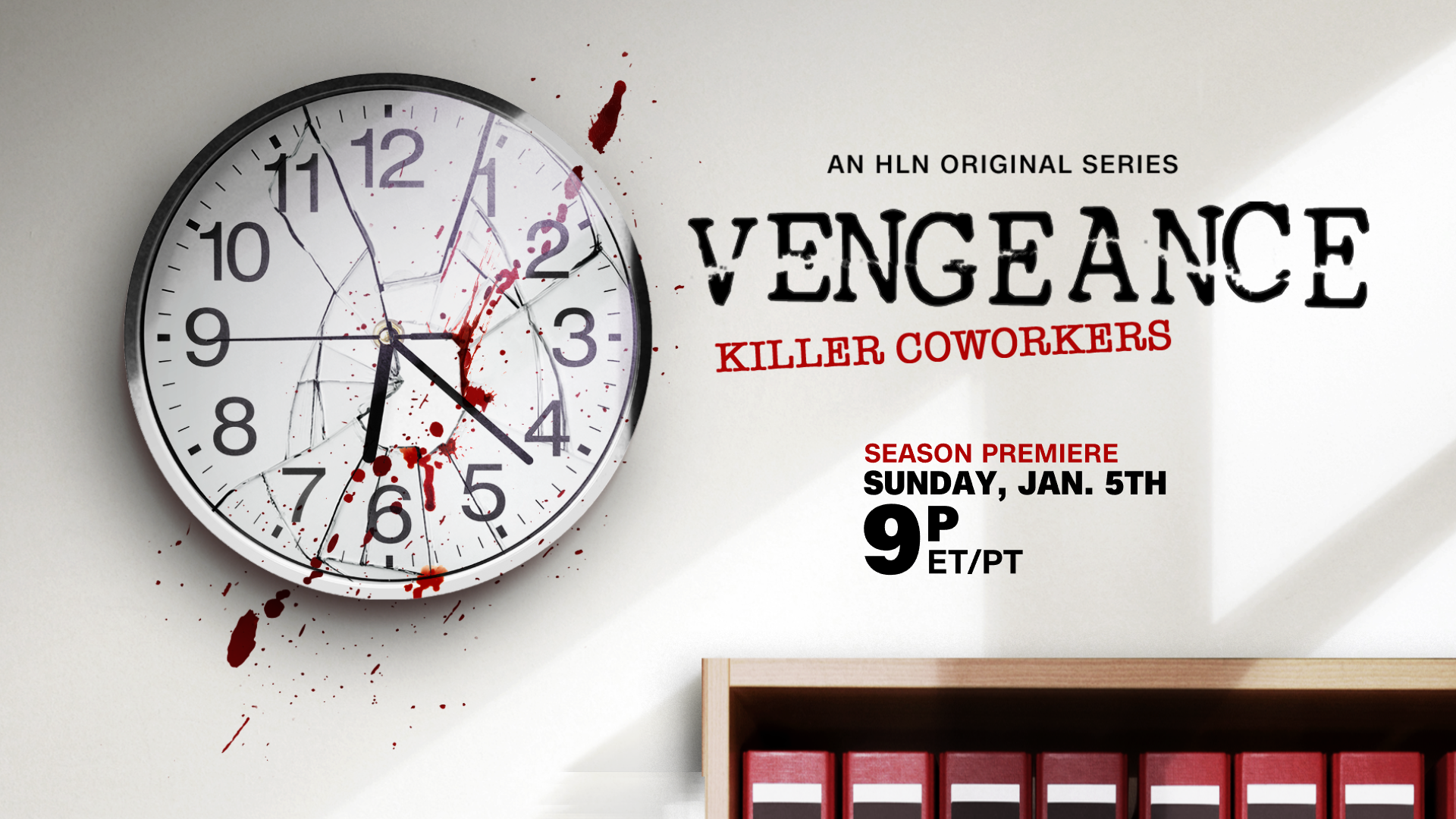 Each episode of Vengeance: Killer Coworkers will be available On Demand the day after the broadcast premiere via cable/satellite systems, CNNgo platforms and CNN mobile apps.

A string of murders targeting a pizza chain and its employees leads to a nationwide manhunt for a killer hell-bent on revenge.

VENGEANCE: Killer Coworkers – Obsession at the Office (January 5 at 10pm)

When a lovers’ spat ends up in the hospital parking lot, a biochemist’s obsession with a coworker and her murderous means are exposed.

A shooting at the University of Alabama Huntsville leaves three professors dead and the community questioning how they missed a murderer in their midst.

When cancer researcher Dr. George Blumenschein ends up admitted at his own Texas hospital, is a toxic work environment to blame?

VENGEANCE: Killer Coworkers – Monster Under the Bed (January 19 at 10pm)

When three hotel workers don’t turn up for their shift, a bizarre series of discoveries reveals a twisted workplace love triangle.

When the entrepreneurial spirit turns two best friends into mortal enemies, one woman in Florida goes on the run.

VENGEANCE: Killer Coworkers – Bloodshed in the Barn (January 26 at 10pm)

Not long after taking a new job, a beloved horse-trainer is found brutally murdered in a rural stable, and a small seaside town in Northern England must find the killer.

Fresno mattress factory manager James Blanco worked to provide the American Dream for his employees, but when he’s gunned down in the shower, investigators must find out if he was betrayed by a disgruntled worker.

Catherine Marlow’s ambition to travel the world meant working the occasional weekend, but her dedication is her downfall when she’s killed in the office on her day off.