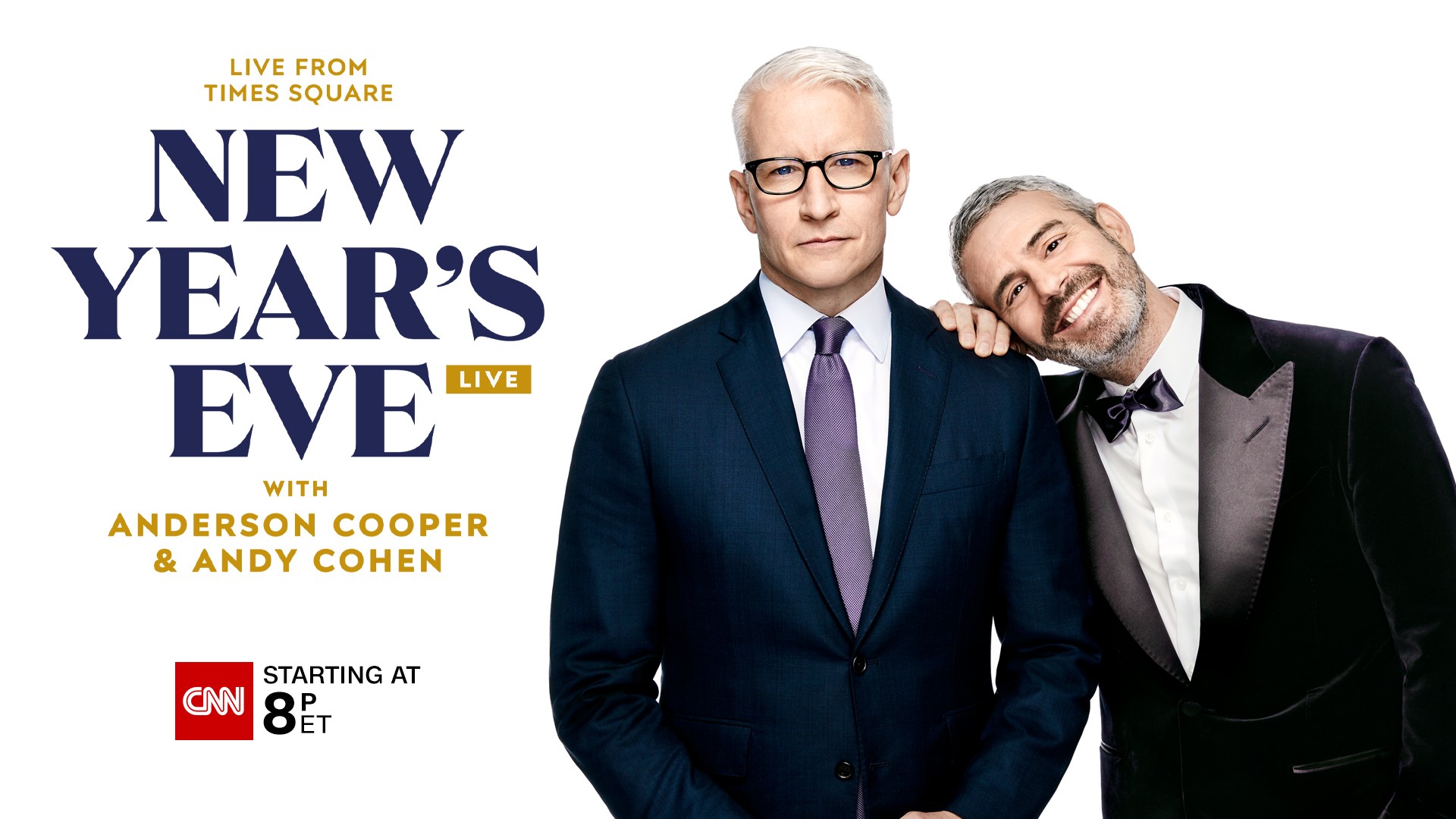 Brooke Baldwin and Don Lemon to Countdown From Nashville at 12:30am ET

Back for their third year together, Anderson Cooper and Andy Cohen will co-host CNN’s New Year’s Eve coverage live from New York City’s Times Square. The long-time friends will ring in 2020 on CNN’s New Year’s Eve Live with Anderson Cooper and Andy Cohen on December 31st starting at 8pm ET. At 12:30am ET, they will hand over to CNN’s Brooke Baldwin and Don Lemon who will count down live from Nashville’s Music City Midnight Celebration as the Central Time Zone rings in the New Year.

Leading up to New Year’s Eve Live with Anderson Cooper and Andy Cohen, will be All the Best, All the Worst 2019, a one-hour special hosted by Tom Foreman on the highlights and lowlights of the past twelve months in politics, pop culture, the economy and entertainment. The special airs at 7pm ET.

Viewers can participate live and share their New Year’s greetings using #CNNNYE, and CNN may feature them on the bottom ticker throughout the evening.

The CNN live stream will be available on CNN.com’s homepage and across mobile devices via CNN’s apps for iOS and Android. It can also be viewed on CNNgo (at CNN.com/go on your desktop, smartphone, and iPad, and via CNNgo apps for Apple TV, Roku, Amazon Fire, Samsung Smart TV, Chromecast and Android TV). Watch live CNN TV on any device, anywhere.