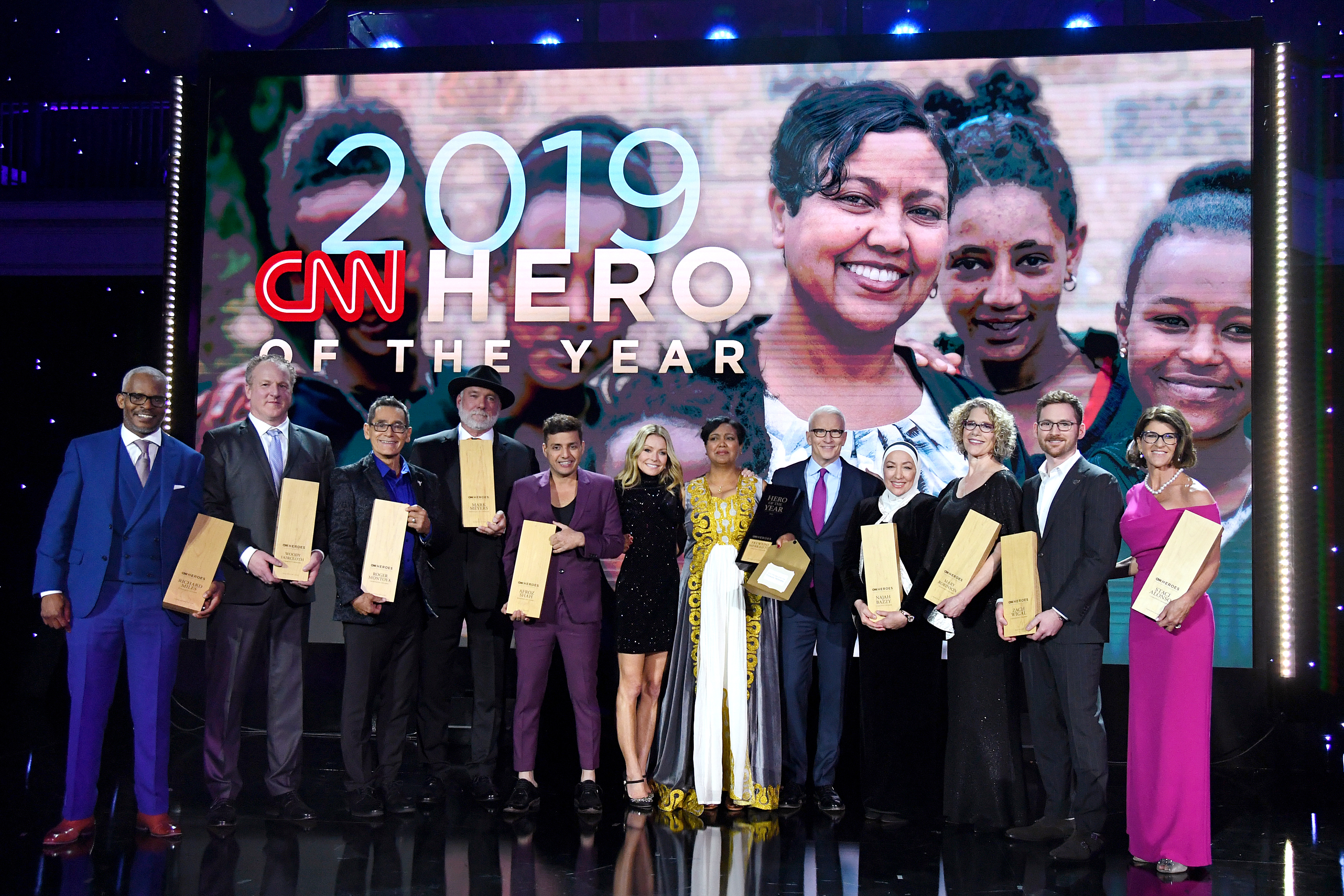 FREWEINI MEBRAHTU NAMED THE 2019 CNN HERO OF THE YEAR

Freweini Mebrahtu, who is fighting the cultural stigma around menstruation in Ethiopia by educating students and producing reusable pads that help girls stay in school, has been named the 2019 CNN Hero of the Year. Hosted by CNN’s Anderson Cooper and ABC’s Kelly Ripa, the 13th Annual CNN Heroes: An All-Star Tribute aired live tonight from New York City.

Merbrahtu has dedicated her life to keeping girls in school by trying to end the cultural stigma around menstruation. Merbrahtu believes no girl should miss school because of her period. In 2005, she designed and patented a reusable menstrual pad. Today, she and her team produce 750,000 pads a year at her Mariam Seba Sanitary Products Factory.

While accepting her award, Mebrahtu stated “This is for all the girls and women everywhere. Dignity for all.”

Mebrahtu was presented with her honor earlier in the night by actress Katherine McNamara.

Each of the Top 10 CNN Heroes will receive $10,000 in recognition of their work. After winning the global vote, Mebrahtu will receive an additional $100,000 grant to further aid Dignity Period.

The ceremony also featured artists Andy Grammer and the PS22 Chorus who performed “Don’t Give Up On Me” from his album “Naive.”

“CNN Heroes: An All-Star Tribute” will stream live for subscribers on December 8th via CNNgo (at CNN.com/go and via CNNgo apps for Apple TV, Roku, Amazon Fire, Chromecast, Samsung Smart TV and Android TV) and on the CNN mobile apps for iOS and Android. “CNN Heroes: An All-Star Tribute” will also be available the day after the broadcast premieres on demand via cable/satellite systems, CNNgo platforms and CNN mobile apps.