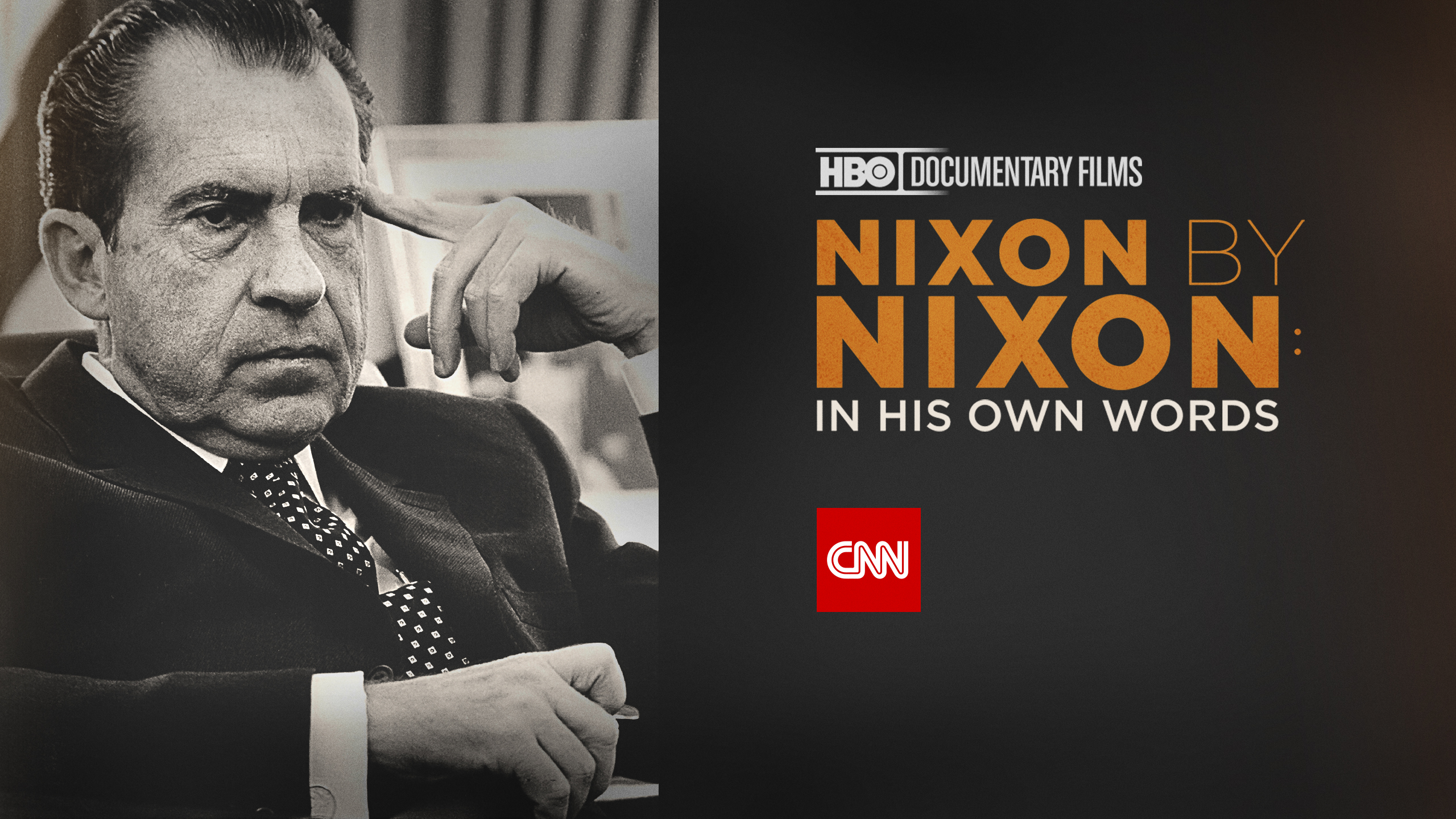 CNN to Broadcast NIXON BY NIXON: IN HIS OWN WORDS on Saturday, Nov. 16 at 9:00pmET

From 1971 to 1973, Richard M. Nixon, the 37th President of the United States, recorded his private conversations and telephone calls.  Originally maintained ‘for the historical record,’ the recordings would later be central to Nixon’s resignation from the presidency as they became evidence for his impeachment proceedings.  Exploring these oral records, as well as contemporaneous press reports, and Nixon’s reflections upon his presidency 10 years after his resignation, is the basis of the documentary NIXON BY NIXON: In His Own Words, from HBO Documentary Films.  CNN will broadcast the film, Saturday, Nov. 16 at 9:00pm Eastern.

Nixon’s candid commentary reflects his contemporary thinking on the Vietnam War, negotiations with China, the Pentagon Papers leak, the Supreme Court, his notorious battles with the White House press corps, and more.  Captured conversations also include Nixon’s opinions on his staff and administration, his volatile anger at the media coverage of his expanding scandals, and even anti-Semitic and racist outbursts.

Nixon resigned from office, on Aug. 9, 1974, amid the unfolding Watergate scandal and almost certain removal from office during impeachment proceedings to remove him from office.  Concerned that his unfiltered conversations captured in the recordings would sully his legacy, Nixon sought to prevent their public release for the remainder of his life.  After his death in 1994, the federal government began making the recordings public.  NIXON BY NIXON draws upon the work of researcher Ken Hughes and colleagues at the Presidential Recordings Program at the University of Virginia’s Miller Center, as well as the work of Dr. Luke Nichter.  The film will be available via CNN on Demand from Nov. 17-21.