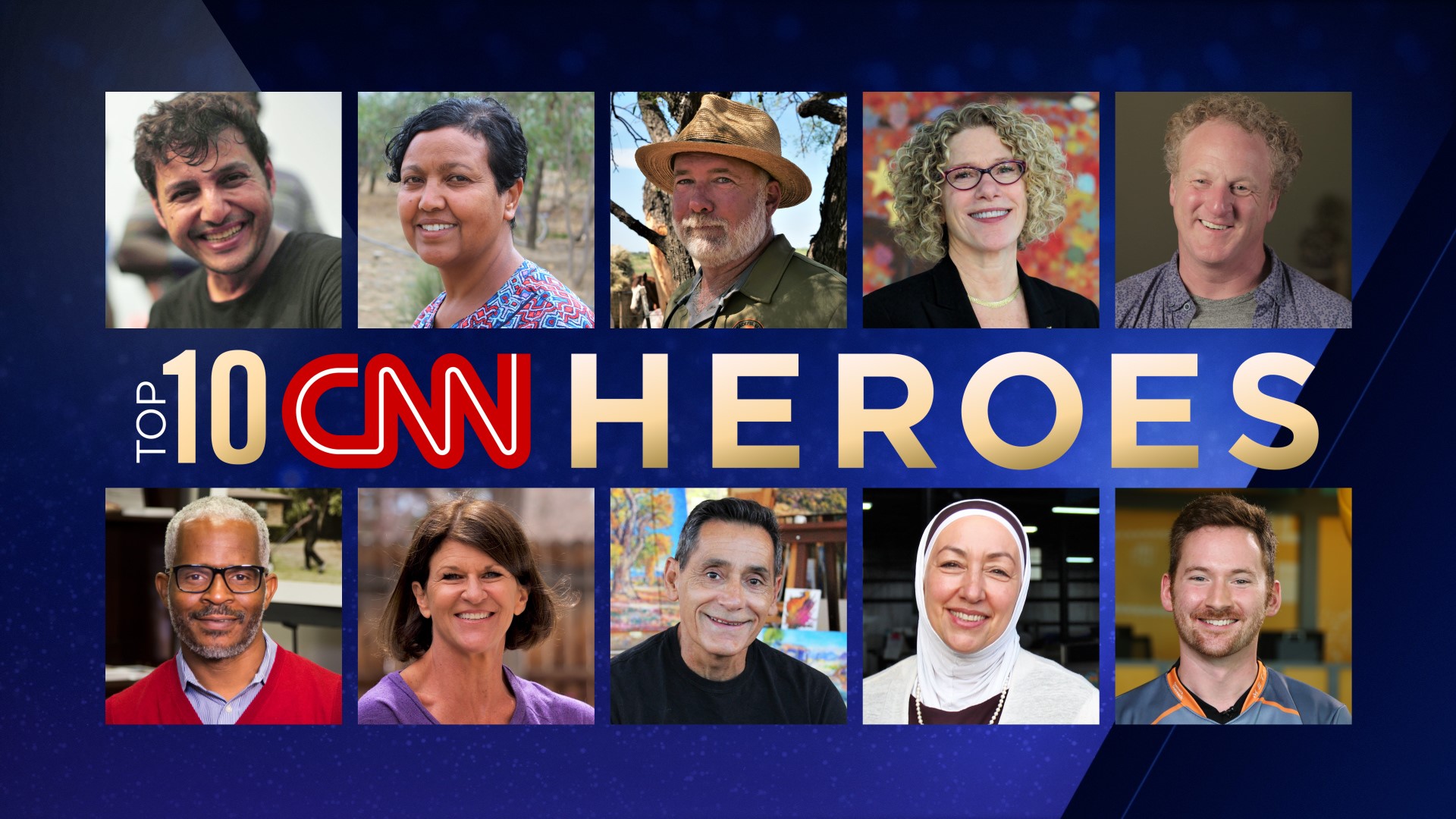 One hero brings transformative help to women and children, providing necessities, education and job training to those in an economically depressed city; another provides refurbished RV’s to displaced families after California’s worst wildfire; one provides tools and support to children grieving the loss of a parent or sibling and another shelters the pets of domestic violence victims so that their owners can get back on their feet. These are just some of the ways in which this year’s Top 10 CNN Heroes have dedicated their lives to changing the world. The 2019 Top 10 CNN Heroes were revealed this morning on CNN’s New Day by Anderson Cooper.

The Peabody and Emmy Award-winning campaign celebrates individuals who are making extraordinary contributions to help improve the lives of others. Cooper will be joined again this year by Kelly Ripa as co-host of the 13th Annual CNN Heroes: An All-Star Tribute. The awards show, which celebrates all Top 10 honorees, will air Sunday, December 8th at 8pm ET live from the American Museum of Natural History in New York City.

Beginning today, voters can select the ‘CNN Hero of the Year’ by voting for the Top 10 CNN Hero who inspires them the most. Supporters can vote daily at CNNHeroes.com by logging in via email or Facebook. Viewers get 10 votes a day, every day through Tuesday, December 3rd at 11:59pm PT. All 10 daily votes can be cast for one hero or divided among favorites.  This year, viewers can even double their votes by rallying friends on social media.

Each Top 10 CNN Hero will be awarded $10,000 and the ‘CNN Hero of the Year’ will receive an additional $100,000. The honorees will also receive free capacity-building training from the Annenberg Foundation, a leading supporter of nonprofits worldwide. They will participate in a customized version of the Annenberg Alchemy program in Los Angeles, CA, which offers leadership development to help strengthen organizations for long-term success.  This is the eighth year of CNN’s collaboration with the Annenberg Foundation.

CNN has partnered with GoFundMe Charity™ to enable people to donate to this year’s honorees and learn more about their stories. GoFundMe Charity™ is an enterprise fundraising suite for nonprofits, from GoFundMe, the world’s largest social fundraising platform. GoFundMe Charity™ helps connect nonprofits to new audiences to further their missions. Supporters can make online donations to the Top 10 CNN Heroes’ nonprofit organizations directly from CNNHeroes.com.

“CNN Heroes: An All-Star Tribute” will stream live for subscribers on December 8th via CNNgo (at CNN.com/go and via CNNgo apps for Apple TV, Roku, Amazon Fire, Chromecast, Samsung Smart TV and Android TV) and on the CNN mobile apps for iOS and Android. “CNN Heroes: An All-Star Tribute” will also be available the day after the broadcast premieres on demand via cable/satellite systems, CNNgo platforms and CNN mobile apps.