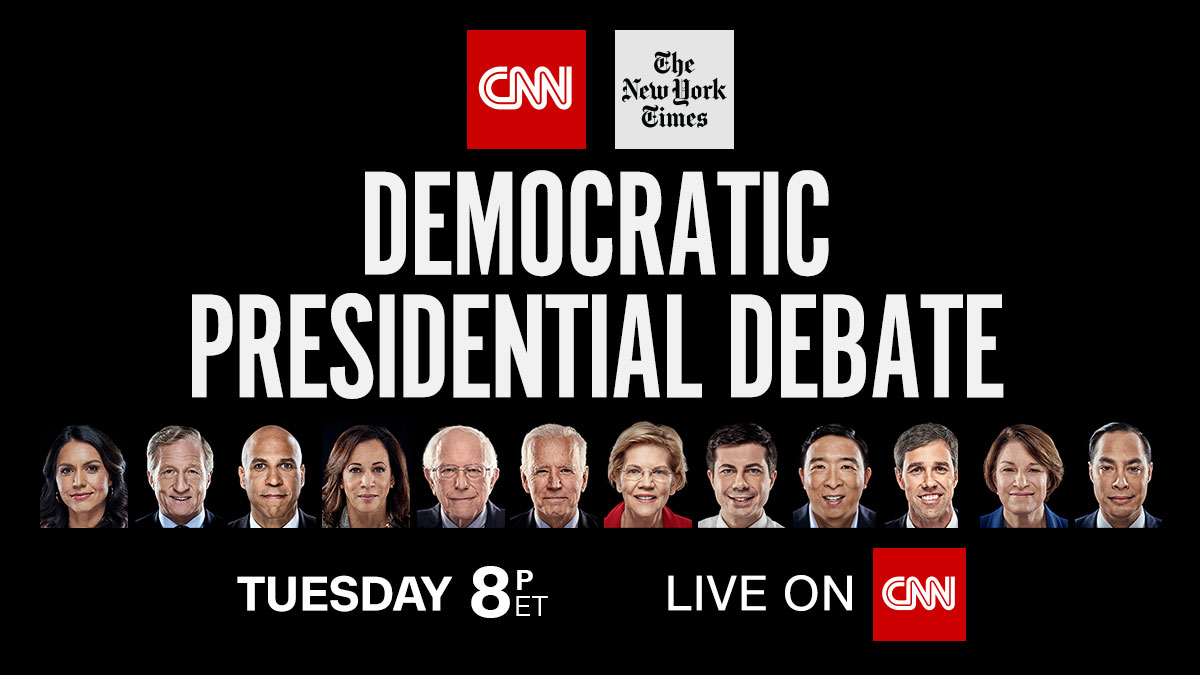 Beginning at 8 p.m. ET on October 15, CNN and The New York Times’ Democratic Presidential debate will stream live in its entirety, without requiring log–in to a cable provider, to CNN.com’s homepage, across mobile devices via CNN’s apps for iOS and Android, and via CNNgo apps for Apple TV, Roku, Amazon Fire, Chromecast and Android TV. The debate will also air exclusively on CNN, CNN International, CNN en Español, and live stream on NYTimes.com’s homepage, and CNN, CNN International, CNN Replay and other Facebook Pages.

In addition, the debate will be available across mobile devices via CNN’s and New York Times’ apps for iOS and Android, via CNNgo apps for Apple TV, Roku, Amazon Fire, Chromecast and Android TV.

The full debate will be available exclusively the day following the airing on demand via cable/satellite systems, on CNNgo (at CNN.com/go on your desktop, smartphone, and tablets, and via CNNgo OTT apps), and CNN mobile apps on iOS and Android.

This is the second DNC-sanctioned debate CNN will broadcast in 2019, which will be held from the campus of Otterbein University in Westerville, Ohio. CNN anchors Erin Burnett and Anderson Cooper, along with The New York Times national editor Marc Lacey, will serve as moderators. More information can be found on CNN Politics.