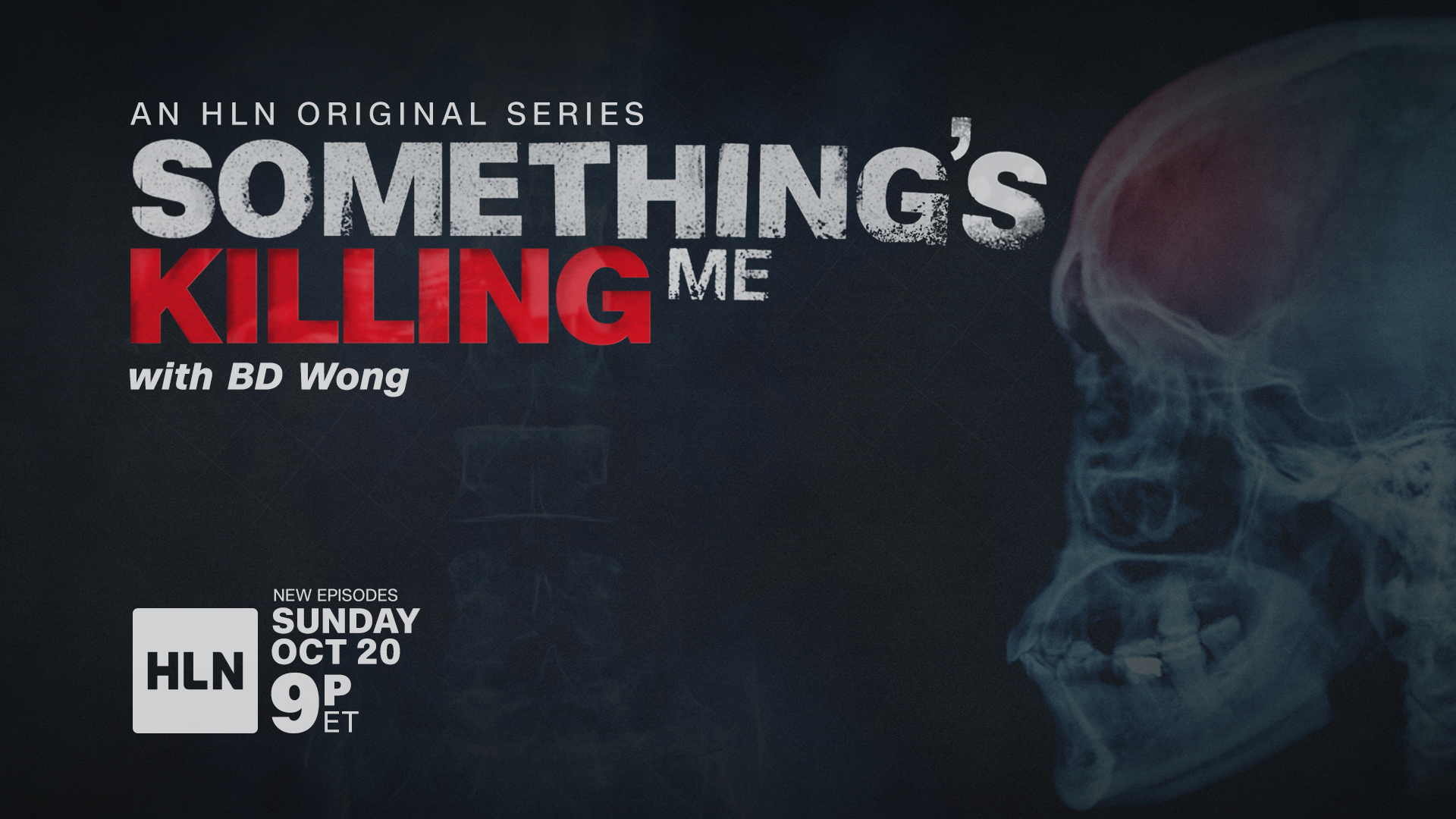 Oct 8, 2019 –Fatigue, sore throat and headaches are just some of the common symptoms that hint at underlying deadly illnesses covered in the third season of HLN’s compelling docu-series Something’s Killing Me, hosted by BD Wong (Mr. Robot, Awkwafina is Norma From Queens). The season premieres on Sunday, October 20 at a special time, 9:30pm-10:30 pm ET/PT, following the 90-minute debut of the HLN Original Series, The Death Wives Club.

The popular HLN Original Series Something’s Killing Me investigates puzzling and sometimes fatal medical cases, where life literally hangs in the balance. Each week physicians and scientists’ race against time to solve the mystery that will save their patient’s life. Through six one-hour episodes, family members, medical experts take viewers through the twists and turns of real, heart pounding stories.

Something’s Killing Me will stream live for subscribers via CNNgo (at CNN.com/go and via CNNgo apps for Apple TV, Roku, Amazon Fire, Samsung Smart TV and Android TV) and on the CNN mobile apps for iOS and Android. Additionally, all series episodes will be available on demand after their broadcast premiere via cable/satellite systems.

Following are airdates and episode descriptions for season three of Something’s Killing Me:

High school volleyball player Jeanna Giese complains to her parents that she’s fatigued and has numbness in her arm. They blame it on a pinched nerve, but when the 15-year-old starts experiencing double-vision and loss of balance, they know it is more than a sports injury.  Doctors speculate that it might be Lyme disease or West Nile, but what Jenna has is far more sinister. An Ambitious doctor offers a risky and experimental procedure – but could this Hail Mary treatment save her life?

It’s in Your Brain

What do California honeymooners, a surfer in Hawaii, and a toddler in Tennessee have in common?  That’s what several doctors and the CDC in Atlanta spent months trying to figure out. For honeymooners Ben and Eliza, it starts with a dull headache that grows more intense. It quickly escalates to chest pains and the feeling that bugs are crawling under their skin – they are told they have the flu. Surfer Graham McCumber is also told he has the flu – right before he has double vision and falls into a coma. And one-year old Bradley is brought to the E.R. with a high fever and strange marks on his neck. Could all these symptoms be related? The answer is the stuff of nightmares.

Dr. Bill Linder, an athletic 45-year-old  Physician Collapses just hours after returning home from a family trip overseas. His young daughters find him bleeding on the stairs of their Ohio home. They didn’t know it then, but it is the first sign that something is very wrong. When Dr. Linder seeks help, the first physicians to treat him remark that his illness is something they’d never seen before…the terrifying truth is – they hadn’t. What could it be?  And was the rest  of the family in danger?

Can dogs help cure a deadly childhood disease? An NFL star and his wife are betting their son’s life on it. When Paul and Alison Frase were told their child’s disorder had no treatment and no cure – they refused to take no for an answer. And when scientists tell them their one hope depends on finding a dog with the right genetic code, they set out on a quest to find that one-in-a-million dog…and a miracle.

Florida college student Lindsey Meyer was about to leave for Spring Break. – and Michigan E.M.T Kevin Nesbit was headed into work – when they both come down with a painful sore throat. What seems like the symptom of a common cold, soon spirals into a life or death situation. While Kevin fights for his life in the I.C.U. – Lindsey is put into a medically-induced coma. Doctors know their patients are in danger – but they don’t know why. Could the key to survival be in a forgotten disease, and the cure hiding in plain sight? It’s a race to find out.

Dr. Mary Neal is a spinal surgeon with an adventurous side.  She used to think that near-death experiences could be written off by science  – caused by lack of oxygen or certain drugs. But on a kayaking trip down the rapids she becomes trapped under water for 27 minutes – and changes her mind. T. Scott Marr was on life support. His family is told that he had a massive stroke, and brain death is inevitable. They pull the plug. Then, he wakes up – and has an amazing story to tell. Everyone has a perception of death – but what really happens when we die? For thousands of years, the dreams and visions of the dying have captivated cultures. But what are they, what causes them? And are they real?