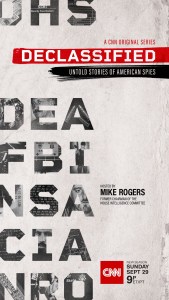 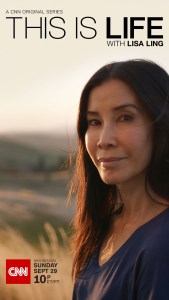 This is Life with Lisa Ling Promo: https://f.io/KpoyuYr8

NEW YORK, Sept. 4, 2019 — The CNN Original Series Declassified: Untold Stories of American Spies returns for season three on Sunday, Sept. 29, at 9 p.m. ET/PT, followed by the season six premiere of This is Life with Lisa Ling at 10 p.m. ET/PT. Hosted by former U.S. Congressman Mike Rogers, Declassified is an eight-part docuseries that gives viewers unprecedented access to the riveting and secret world of espionage. This is Life with Lisa Ling is an eight-part investigative docuseries that follows award-winning journalist Lisa Ling as she travels across America immersing herself in communities that are often unknown or misunderstood.

The third season of Declassified chronicles the missions to target America’s biggest threats including war criminals, Russian spies, drug cartels, a Russian arms dealer and hackers. The season three premiere, “Tracking Terror: The 9/11 Subway Plot,” explores the NSA and FBI’s efforts to thwart an al-Qaeda terrorist plot to blow up the New York City subway on the eighth anniversary of September 11.

In season six of This is Life, Lisa Ling investigates the shocking side effects of long-term benzodiazepine use, explores the inner workings of one of the fastest growing gangs in Mississippi and delves into our endless fascination with identical twins. Ling also meets women convicted of murder, joins the nation’s largest swingers gathering in New Orleans, gains exclusive access to Marine Combat Training – witnessing the experiences of females in the Marines, and embeds with the NYPD as they prepare for the biggest and most targeted high threat event of the year. In the season six premiere, “Porn Ed,” Ling explores how pornography is shaping a generation’s perception of sex and intimacy.

Declassified and This is Life will stream live for subscribers on Sept. 29 via CNNgo (at CNN.com/go and via CNNgo apps for Apple TV, Roku, Amazon Fire, Samsung Smart TV and Android TV) and on the CNN mobile apps for iOS and Android. Declassified and This is Life will also be available the day after the broadcast premiere on demand via cable/satellite systems, CNNgo platforms and CNN mobile apps.