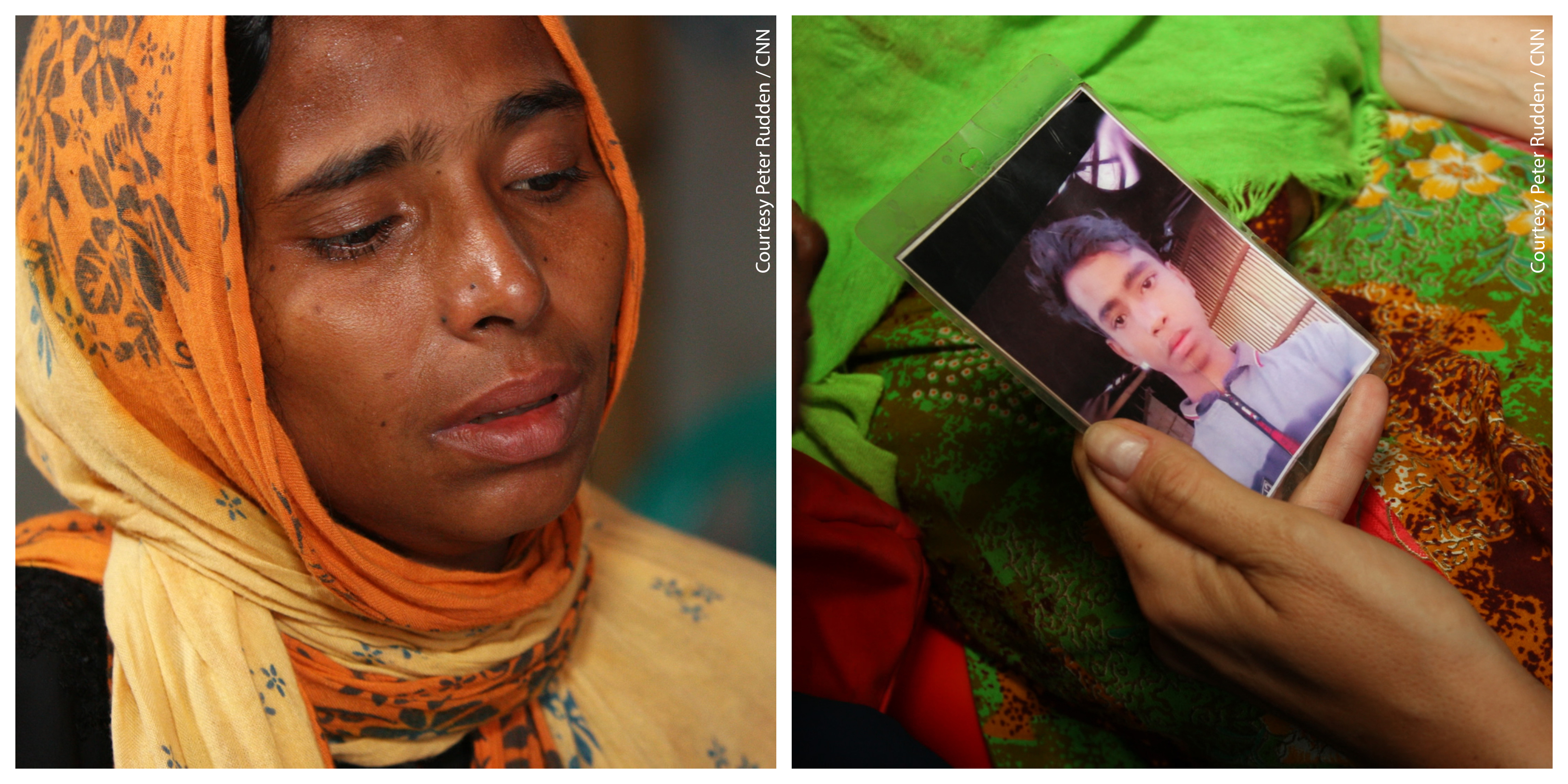 Persecuted in Myanmar, forced to seek refuge in neighboring Bangladesh and then exploited and trafficked to places unknown. That’s the reality for many Rohingya Muslims living in Cox’s Bazar – now the world’s largest refugee camp accommodating nearly one million people – as they are targeted by human traffickers and lured from the refugee camp with false promises of employment and better living conditions.

CNN travels to Cox’s Bazar to shed light on this troubling reality in ‘Stolen Son: A CNN Freedom Project Documentary’, a powerful new film that tells the story of one mother’s desperate attempt to find her missing 12-year-old son.

‘Stolen Son’ follows Dominika Kulczyk of the Kulczyk Foundation as she meets Fawzia Karim Firoze and Wahida Idris, leaders of the Bangladesh National Woman Lawyers Association and lawyers in the Supreme Court of Bangladesh, as they work to seek justice for impoverished women and children who are often ignored by the judicial system.

CNN goes with the lawyers as they visit Arakan Rohingya Society, a community center in Cox’s Bazar currently dealing with more than 400 cases of human trafficking. While there, several women come to report new cases of kidnappings and possible trafficking, including Khurshida, who says her 12-year-old son, Faisal, was taken by a neighbor’s husband three months ago. In their search, they discover the suspected kidnapper may be a criminal with ties to a pirate ship.

“A very large percentage of the Rohingya children living in the camp suffer from malnutrition,” says Idris. “They’ve fled a desperate situation only to find themselves exploited by criminal trafficking syndicates. They’re homeless, they’re stateless. They have no identity. They have no nationality. It’s the worst scenario.”

“It’s been two years since the mass exodus of Rohingyas out of Myanmar in what UN investigators have called a genocide. And unfortunately, many of these people have been forced into slavery,” says Mike McCarthy, Senior Vice President and General Manager of CNN International. ”This important documentary shines a light on a pair of tenacious lawyers from Bangladesh who have made it their mission to fight for justice for these victims and help a heartbroken mother search for her stolen son.”

‘Stolen Son: A CNN Freedom Project Documentary’ is produced in collaboration with the Kulczyk Foundation and airs at the following times: