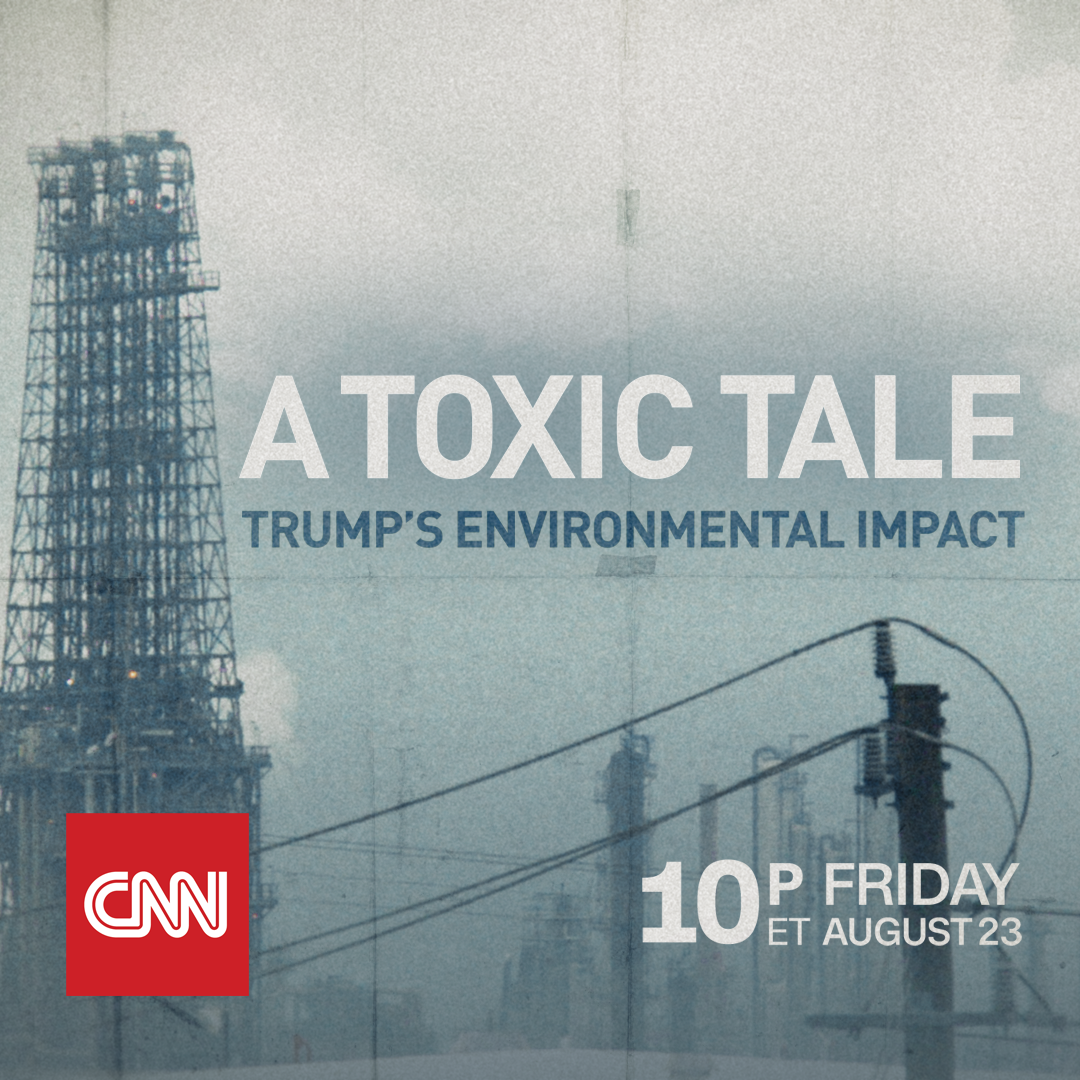 In a time not too long ago, the United States environmental landscape was bleak: rivers caught fire from pollution, Americans coughed on air thick with smog, and citizens complained of undrinkable, contaminated water.  But all that began to change in 1970 – the year President Richard Nixon formed the Environmental Protection Agency (EPA).  The EPA’s mission was clear: to protect human health and the environment.  Over the past 40 years, its policies have led to cleaner air and water for all Americans.  But could all that progress be at risk?

In A Toxic Tale: Trump’s Environmental Impact, CNN Chief Medical correspondent Dr. Sanjay Gupta takes a closer look at the Trump administration’s unprecedented rollbacks of environmental regulations and what these deregulations really mean for the health of American families. Dr. Gupta sits down with a family who believes that the Trump-era EPA’s inaction is responsible for their son’s death. Four former EPA administrators and former EPA senior staff, who served both Republican and Democratic presidents, weigh in on what is really happening at this vital governmental agency.   Dr. Gupta examines weakened rules on everything from air and water quality, to pesticides, to fuel economy for cars, to combatting the climate crisis and dangerous chemicals.

Accompanying articles and videos from the Special Report will be available at CNN.com.

A Toxic Tale: Trump’s Environmental Impact will stream live for subscribers the day of its premiere via CNNgo (at CNN.com/go and via CNNgo apps for Apple TV, Roku, Amazon Fire, Samsung Smart TV and Android TV) and on the CNN mobile apps for iOS and Android. It will also be available the day after the broadcast premiere on demand via cable/satellite systems, CNNgo platform and CNN mobile apps.