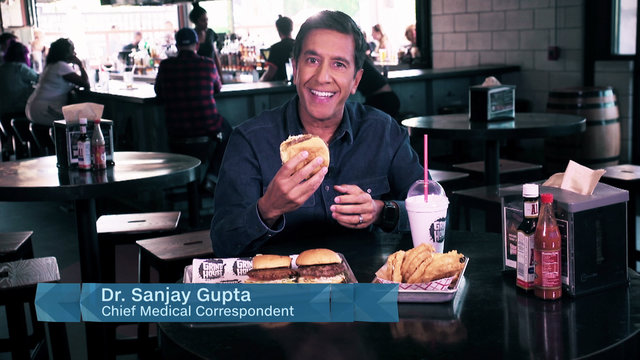 This month’s programming highlights on CNN International, including shows such as: Business Traveller, Vital Signs and Connect the World – Katie Taylor: Undisputed.

With idyllic beachfronts, culinary riches and a growing middle class, Mexico continues to be a favourite destination for business and leisure travellers alike. On this month’s CNN Business Traveller, Richard Quest sends correspondent Paula Newton south to meet Mexico’s Tourism Secretary, Miguel Torruco, and speak to Volaris CEO and Founder Enrique Beltranea to see how airlines are trying to capitalize on this Latin America travel boom.

On this month’s Vital Signs, Dr. Sanjay Gupta explores the future of food.

Meat grown in a lab – meat without animals at all. It may sound like science fiction, but it’s not. In California, Beyond Meat and Impossible Foods have developed plant-based burgers that are going head-to-head with traditional beef burgers.

Some companies are growing meat in laboratories, by harvesting cells from living cows, bypassing the natural growth process. Proponents say this new meat has a lesser impact on the environment to develop. But what are the health implications? Is it safe? Does it push medical, religious and ethical boundaries too far?

CNN delves into the growing popularity of plant-based food and discovers what this means to the overall food industry, as well as the nutritional and religious implications, and whether plant-based meat development has a role in helping solve famine and food shortages. In the ‘Live Longer’ segment, CNN looks at the science behind intermittent fasting and whether this can help lead to a longer, healthier life.

A Connect the World Special.

From small-town beginnings to the undisputed champion of the world, Katie Taylor is the most successful, most dominant female boxer of her generation. Becky Anderson meets Katie in her hometown of Bray, Ireland and discovers a woman beloved by her local community, who has overcome prejudice and tradition in pursuit of her boxing dreams.

Winning Post: An Elegant Life is a stylish and cultural journey that follows the global horse racing calendar and its most prestigious flat races. Whilst the sporting drama provides a quintessential backdrop, host Aly Vance ventures away from the racecourse, to explore unique local and regional curiosities.

In this month’s episode, Aly Vance visits South Korea. South Korea’s horse racing history is fast approaching its centenary and in recent years has been gaining a global reputation. Aly and the Winning Post team travel to Seoul and Busan to explore the racing scene and Korean culture. A journey to the race track meanders via ancient temples, new twists on elegant traditional dress, a mouth-watering flavour of local culinary delights and a bullet-train trip to Busan for the prestigious Owners Cup.

Vance takes in a cultural introduction to Korean fashion alongside designer HyunSook Park. Ahead of a day at Seoul Races, Vance tries on outfits along with Park before speaking to key figures in the Korean horse racing community on how the sport is looking to establish itself even further in the country.

An oasis set at the edge of the Atlas Mountains, Marrakech has drawn travelers in for centuries. As more and more people came, ideas were swapped, influences merged and what arose is a unique culture that still exists today. Whether you find yourself lost in the labyrinth of the old city or inspired by its vibrant gardens, this city is sure to charm you.

Join CNN’s Richard Quest as he unravels the mystery of Marrakech.