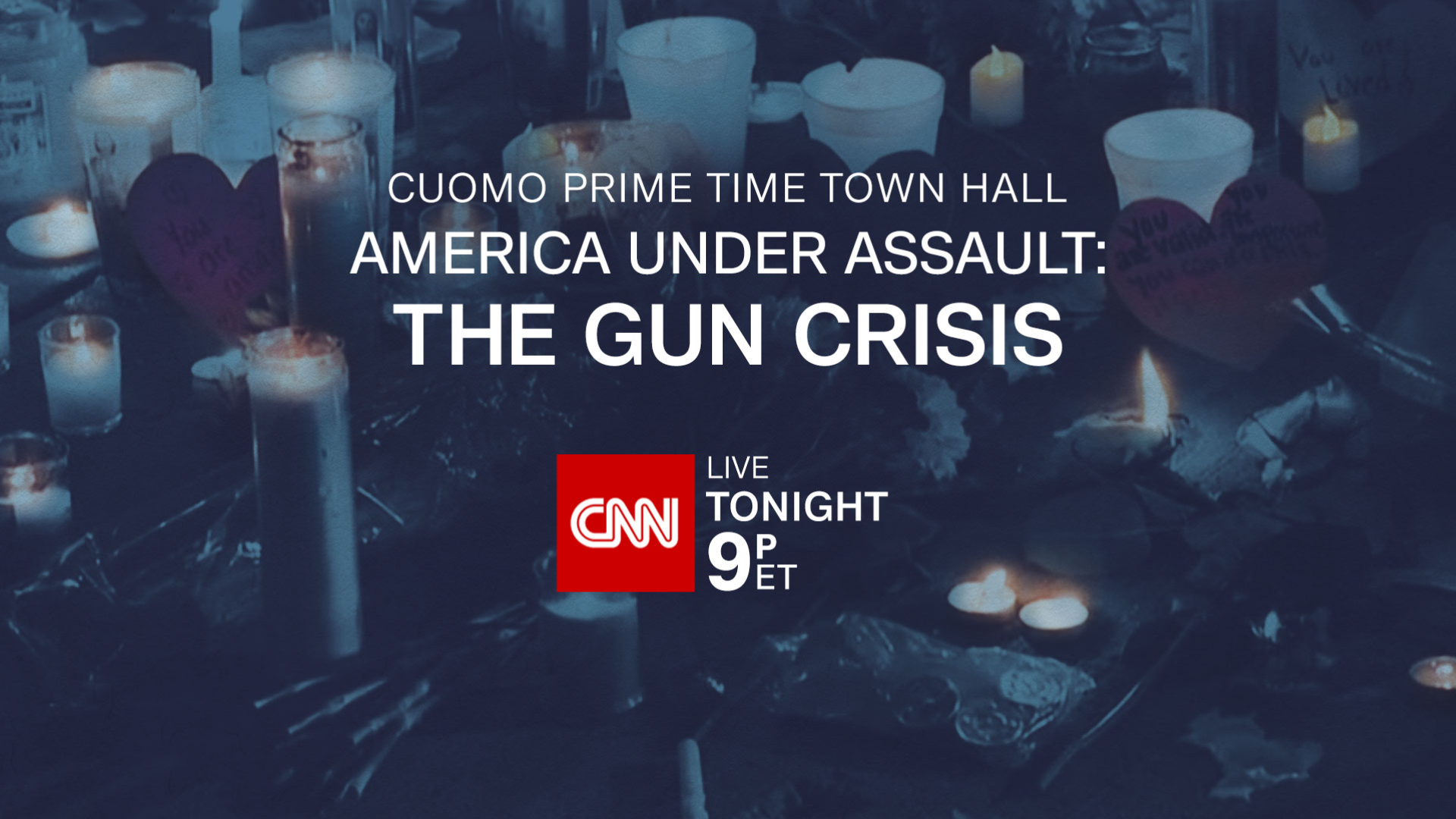 With the nation still in shock after at least 30 people were killed over the weekend in two mass shootings, CNN will host a live Town Hall, America Under Assault: The Gun Crisis on Wednesday, August 7 at 9pm ET. The Town Hall will be moderated by Chris Cuomo and among the topics to be discussed, in the wake of the shootings in El Paso and Dayton, will be: gun violence in America; white nationalism and the rise in hate crimes; and whether or not the President and Congress will take any action to make America safer. The audience will include survivors of gun violence from across the country coming together for this important event.