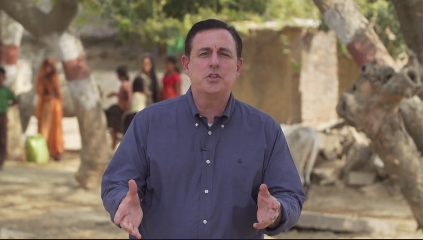 This month’s programming highlights on CNN International, including shows such as The Global Energy Challenge, Supercharged and First Steps: 50 Years After Apollo 11:

On Business Traveller, CNN investigates the trend of “Business Leisure”, whereby holidays are added on to the end of a work trip.

On the programme, host Richard Quest tasks CNN’s Isa Soares with learning about how business leisure, or “Bleisure”, is changing approaches to business travel. In Copenhagen, the so called “happy capital”, Soares explores how technology is making travel easier and delves into the science, the psychology and the innovations behind happy travel.

On The Global Energy Challenge, CNN’s John Defterios investigates the impact of India’s decades old decision to turn to coal as the cheapest, easiest way to power its economy and try to lift its citizens out of poverty. The programme explores how carbon dioxide emissions have skyrocketed, leaving New Delhi as the most polluted city on earth.

In 2019, India is at a major crossroads and faces major energy decisions – how does it rely less on imports and become more energy independent? Does its future continue to rely heavily on-air polluting fossil fuels, or does it lie with a more diverse energy mix based on greater use of renewables and cleaner coal plant technologies? How does it overcome the plight of having most of the world’s most polluted cities and meet its climate change targets?

In this programme, CNN explores India’s current energy challenges, and how one of the globe’s most populous countries aims to overcome them through sheer will, innovation and technological breakthroughs in the decades to come.

In the latest episode of Supercharged, CNN’s Amanda Davies travels to Bern, Switzerland, to see how the country is adopting the electric revolution ahead of the Bern E-Prix.

Davies is joined by Audi Sport ABT Schaffler’s Lucas Di Grassi to drive the world’s largest fully-electric vehicle before taking a spin of the Bern circuit alongside Alejandro Agag, the chairman of Formula E.

Away from the circuit, Davies accompanies Panasonic Jaguar Racing’s Mitch Evans to experience bungee surfing – a sport and experience which is unique to Bern.

At the edge of a continent, an iconic city beckons. Pass through its golden gate and anything goes. This month, Quest’s World of Wonder is exploring the DNA of San Francisco, where radical ideas are born and thrive.

A city where hippies, and their summer of love, evolved into the revered and reviled tech industry. A place so scintillating that a local newspaper column captivated a global audience with its “Tales of the City”.

Join CNN’s Richard Quest as he finds magic in the hills of San Francisco.

50 years after the moon landing, CNN International’s special documentary explores how the historic feat was accomplished.

Host, Dr Sanjay Gupta meets members of the Apollo 11 team and speaks to astronaut Michael Collins who travelled into space with Neil Armstrong and Buzz Aldrin during the iconic event.

Throughout the show, Dr Gupta learns how the Apollo 11 team were able to land on the moon while also examining the context and importance of one of the defining moments of the 20th century.

The Next Frontier: From the Moon to Mars

50 years ago, humans landed on the moon in what was a historic and monumental achievement. In this half-hour documentary special, CNN International looks at the future of space and what that could mean for everyone on earth.

CNN’s Dr Sanjay Gupta travels to Mars Yard at NASA’s Jet Propulsion Laboratory to learn how NASA teams are working on a successful mission to the Red Planet.

During the programme, CNN asks how far away are we? What needs to happen to get there, and can humans even handle the trip?