All Nippon Airways (ANA), Japan’s largest 5-Star airline for seven consecutive years, is partnering with CNN International Commercial (CNNIC) for a cross-platform sponsorship of CNN’s Open Court. This partnership is being established at a highly relevant time as CNN continues its commitment to sports coverage, particularly ahead of Japan taking center stage for key sporting events such as Tokyo 2020 Olympics and Paralympic Games.

As part of this partnership ANA is sponsoring CNN’s Open Court TV segments featuring the Grand Slams in 2019, as well as digital videos about tennis and a special US Open section on CNN Digital. The campaign is part of ANA’s strategy to build on its brand association with tennis including the airline’s sponsorship of Naomi Osaka who echoes the ANA’s core values of having Japanese roots and global ambitions. Additionally, CNNIC’s global brand studio Create will produce a branded content feature about the tennis star to run as a native article, which will be amplified through WarnerMedia’s Launchpad technology to reach ANA’s key audiences on social platforms. 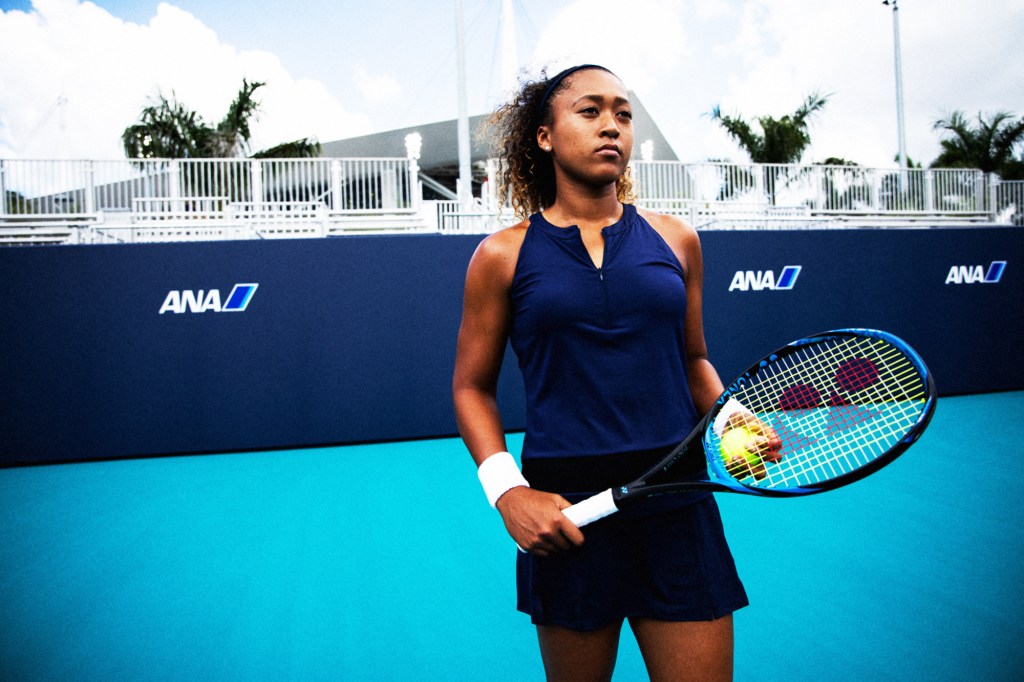 Sunita Rajan, Senior Vice President, Advertising Sales, Asia Pacific, CNN International Commercial said, “We are delighted to extend our long-term strategic partnership with a prestigious brand like ANA. We are committed to creating an impactful environment for ANA through Open Court during the Grand Slams and a branded content solution focused on sharing Naomi Osaka’s outstanding journey as one of Japan’s rising Tennis megastars. The cross-platform campaign delivers an excellent opportunity for ANA to amplify its association with sports amongst our influential global audience and to convey the ANA brand values through an innovative and impactful campaign.”

Mitsuo Tomita, Senior Vice President, Marketing, ANA said, “ANA seeks to partner with individuals and organizations that embody its core values of dedication to excellence and a willingness to take on new challenges. These are the principles that drive ANA’s employees worldwide and inspire them to go above and beyond what is expected.  We are excited to join forces with one of the world’s most prestigious media companies to promote a globally loved sport and a rising Japanese tennis star to audiences around the world.”

About CNN International Commercial
CNN International Commercial (CNNIC) is the division of Turner International responsible for the business operations of CNN’s properties outside of the United States. All commercial activities for brands such as CNN International, CNN en Español, CNN Arabic, CNN Style, CNN Business and Great Big Story are aligned within the division. This encompasses the advertising sales, sponsorship partnerships, commercial content development, content sales, brand licensing, distribution and out-of-home operations, business development and marketing for the world’s leading international news provider. CNNIC is a recognised industry leader in international advertising sales and its use of award-winning commercial content, produced through its Create unit and driven by its advanced data usage and digital capabilities, has resulted in strong and enduring partnerships with many of the world’s most recognised brands. Its Content Sales and Licensing unit has relationships with more than 1,000 affiliates ranging from licensing the CNN brand through to content supply contracts as well as offering consultancy services. CNNIC has offices across the world, with key hubs in London, Hong Kong and Miami. For more information visit http://commercial.cnn.com.

About ANA
Following the “Inspiration of Japan” high quality of service, ANA has been awarded the respected 5-Star rating every year since 2013 from SKYTRAX. ANA is the only Japanese airline to win this prestigious designation seven years in a row. Additionally, ANA has been recognized by Air Transport World as “Airline of the Year” three times in the past 10 years – 2007, 2013 and 2018, becoming one of the few airlines winning this prestigious award for multiple times.

ANA was founded in 1952 with two helicopters and has become the largest airline in Japan, as well as one of the most significant airlines in Asia, operating 81 international routes and 120 domestic routes. ANA offers a unique dual hub model which enables passengers to travel to Tokyo and connect through the two airports in the metropolitan Tokyo, NARITA and HANEDA, to various destinations throughout Japan, and also offers same day connections between various North American, Asian and Chinese cities.

ANA has been a member of Star Alliance since 1999 and has joint venture partnerships with United Airlines, Lufthansa German Airlines, Swiss International Airlines and Austrian Airlines.

Besides the full service and award winner carrier ANA, the ANA Group has two LCCs as consolidated subsidiaries, Vanilla Air Inc. and Peach Aviation Limited. The ANA Group carried 53.8 million passengers in FY2017, has approximately 39,000 employees and a fleet of 260 aircraft. ANA is a proud launch customer and the biggest operator of the Boeing 787 Dreamliner.

For more information, please refer to the following link.